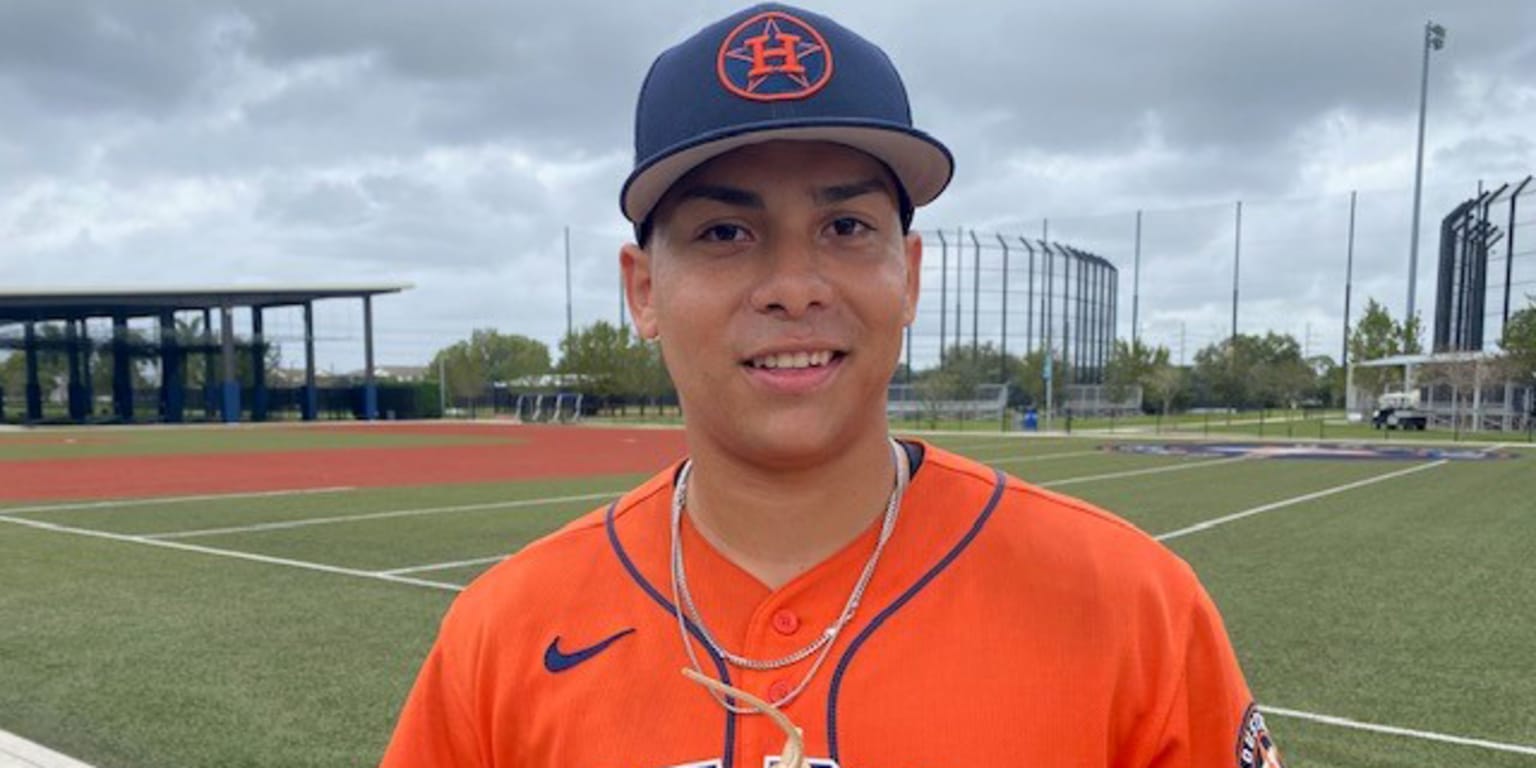 WEST PALM BEACH, Fla. – After putting up impressive numbers offensively in his first season in professional baseball, Puerto Rican infielder Jean Carlos Correa was told by the Astros that he will have to learn a new position in 2022.

Correa was called from the office of Class-A Upper Asheville manager Nate Shaver in the final week of the 2021 regular season and it was minor league fundamentals coordinator Jason Bell who let him know he would be making the transition. to the receiver. The Astros were happy with the Puerto Rican bat and wanted to explore Correa’s opportunities playing behind the plate.

Correa, 23, immediately went to work at the position six days a week and four times a day to get ready for spring training. Along the way, he received advice and lessons from a number of people, including Astros catcher Martín Maldonado, Rangers catcher José Treviño, and veteran Puerto Rican minor league catcher René García, as well as his famous brother. oldest – All-Star shortstop Carlos Correa.

The impression Correa left in the early days of minor league camp has been a good one.

“I think for us it was just exploring that position to see how he would take it and then making more decisions along the way, but his bat provides real potential,” said Astros assistant player development GM Pete Putila. . “I think given his good hands and arms, we wanted to explore him and see what he looked like and get a good profile if he’s capable of taking that position.”

Correa doesn’t have the physical gifts of his older brother, the lanky 6-foot-3 shortstop who was the No. 1 overall pick in the 2012 Amateur Draft.

JC, who is four years younger than Carlos, is listed as 6-foot-1 and 210-pounds on the Astros’ spring training roster. He had a .310/.368/.464 slash line with nine home runs and 57 RBIs in 101 games last year for Class-A Lower Fayetteville and Asheville. The Astros signed him in 2020 as an undrafted free agent out of Lamar University in Beaumont, Texas.

Correa said the hardest thing to learn about catching is blocking, but he has been able to learn quickly.

“It’s challenging,” he acknowledged. “Catcher is the hardest position on the field, and I like it because you always have to be focused on the game, and who’s hitting. For me, I think it will be a great challenge, especially when I have a good IQ and all that … Even being behind the plate, that will help me a lot.

The Astros, who have three or four catchers per minor league branch, prefer their catching prospects to be able to play other positions so they can get consistent at-bats — top prospect Korey Lee has played quite a bit at first and third, CJ Stubbs has covered first base and left field, and Cesar Salazar has played first and second. Correa played all four infield positions last year and played mostly shortstop, so the versatility is already there.

“People have doubted me and said that I was signed because I’m Carlos’s brother and all that, but I’ve shown what I can do,” he said. “God gave me a talent and I am showing it off. I work hard and I’m proud of myself and I know the people around me are too.”

Probably no one but his older brother Carlos. Carrying the surname Correa on the back is a “blessing”, said JC

“I don’t feel the pressure,” he said. “People know that Carlos and I have a very close relationship. I’m proud of him. I saw how hard we work. We work together all the time. Even this off-season, we work together and practice together. It’s not pressure. He has great talent and I have my talent. I’ll do my thing and have fun.”

JC Correa seeks to forge his own path