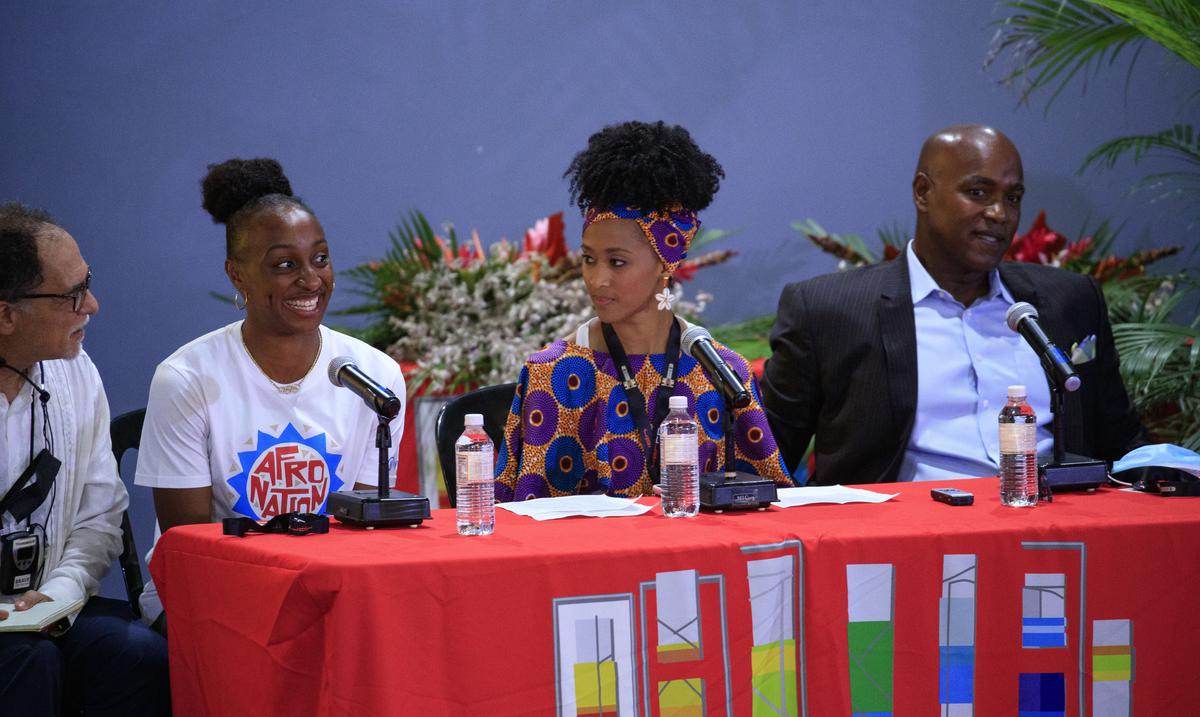 “I am black and Puerto Rican.”

That expression won over Jasmine Camacho Quinn an ovation during his participation in a symposium with the ex-player Carlos Delgado as part of the Afro-descendants International Summit being held at the University of Puerto Rico, Río Piedras Campus.

Camacho-Quinn and Delgado shared with those present their respective experiences on racial issues, particularly racism, and the value of serving as an example for current and future generations of Puerto Ricans.

The specialist in the 100-meter hurdles event recounted some of her experiences on racial issues, particularly for being born in South Carolina, as well as what it means for her to be an Afro-Puerto Rican athlete who caught attention for her performance during the past Tokyo 2020 Olympic Games in the summer of 2021, where he won a gold medal.

“Representation matters. Seeing many people of my color warms my heart”, Camacho Quinn said in his usual sheepish tone. “With Mónica Puig winning gold at the 2016 (Olympic) Games and then having won in athletics in 2021, we show that there are different shades. Being able to represent my color helped bring that information to those who didn’t know.”

In fact, he recalled reading offensive messages on social networks, directed at his grandmother, after obtaining the gold medal in Tokyo, Japan.

“I could not understand the reasons for the comments. They hurt my feelings. I tried to understand. It’s not my fault my first language is English, but my mom and family made sure to instill the Puerto Rican culture in me. I realized that there are many just like me, of my color. I realized that I could be the face of that representation“, he claimed.

Delgado, who played in Major League Baseball (MLB) for 17 seasons, maintained that he also suffered prejudice for being black and Latino, in addition to not hiding his feelings on political and social issues. Delgado was criticized for his rejection of US military interventions in Iraq.

“Values ​​cannot be priced. If someone in MLB did not disagree with my decision, then we are in a democracy and it is my way of thinking. The presence of the US Navy on Vieques had a significant effect. I could never understand the invasion in Iraq and that’s why I disowned it. It is not a fashion. In my house I was taught some values ​​that are to be honest and supportive. It’s the way I lead my life. My interest is a better Puerto Rico for my two children,” said Delgado.

Delgado shared that he is grateful for the path that figures such as Roberto Clemente, Orlando Cepeda and Vic Power paved so that future generations could have access to MLB.

“I am black every day. I don’t need a big summit, platform or game to express it. I try to be an example for those who come after me. Thanks to those who were before, I didn’t have to eat in a different restaurant than the other players, or sit in the back of the bus like they had to do. I had the dream of playing in the Major Leagues and I was able to do it. I wish that everyone can achieve their dreams, but it is also important to be happy with who we are, ”she stressed.