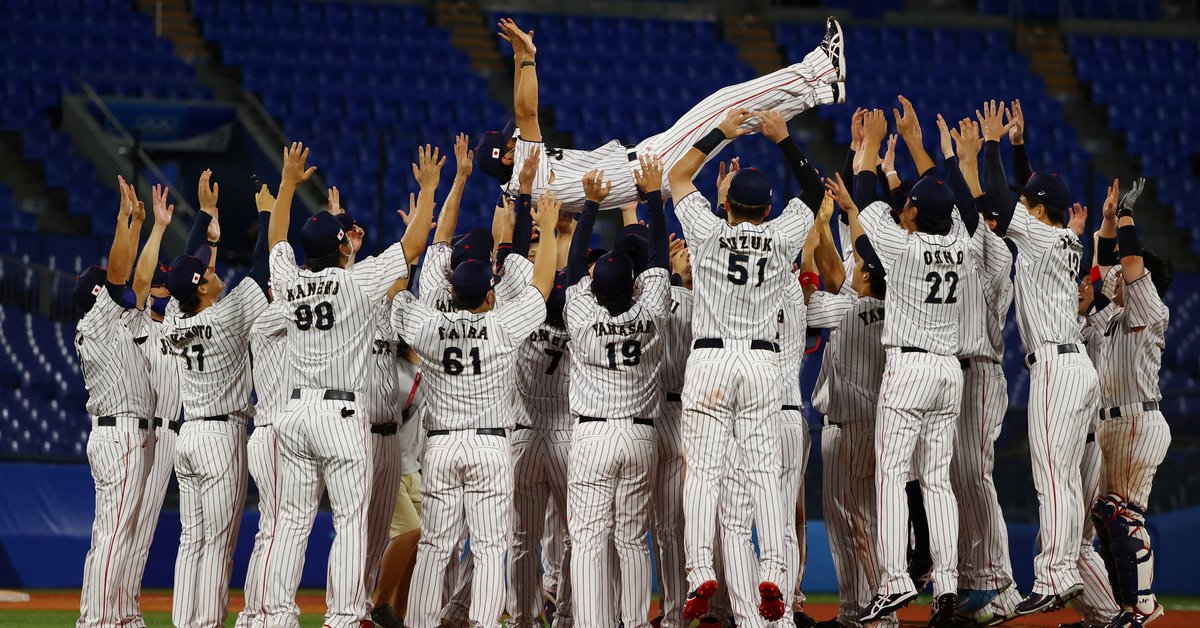 With the top stars of its Professional League, Japan lived up to the prognosis and won the Olympic gold medal in baseball for the first time.

The Japanese defeated the United States 2×0 and placed in their showcase the only trophy of a major international event that they lacked after winning the WBSC Premier 12 in 2019 and the Major League Baseball World Classic in 2006 and 2009.

“It has been a tournament of great technical quality,” he told Around the rings WBSC President Riccardo Fraccari from Yokohama Stadium.

“The difference in the games was one or two races. Too bad there was no audience, for known reasons, but it turned out to be an event of excellence, just like softball. “

By coincidence, in this same scenario, in the final of women’s softball, Japan beat the United States with the same score 2-0 in the game for the gold medal.

These were the last official games of both sports in the Olympic Games since both, when rejected by Paris 2024 along with karate, have left the Olympic Program again.

However, for baseball and softball, the horizon looks more favorable with the venues of Los Angeles 2028 and Brisbane 2032, with their popularity in the United States and Australia. IOC President Thomas Bach had praised karate this Friday among sports and new events at Tokyo 2020.

For karate it was debut and farewell.

“I think the athletes when they received their medals realized what it means to be Olympic champions or silver or bronze medalists,” says Fraccari shortly after the award ceremony.

“With this show people realize the importance of baseball and softball in the Olympic Games” emphasized the international manager.

Previously, the Dominican Republic beat South Korea 10×6 and took the bronze medal, their first metal in the history of these tournaments. The Dominicans reappeared after their first and only appearance at Barcelona 92.

Five Japanese pitchers led by Masato Morishita were tasked with handcuffing the Americans who did not get a timely hit when they had men on bases. Munetaka Murakami’s solo home run off Nick Martinez at the end of the third seemed enough. One more at the end of the eighth would be mission impossible for the disciples of Mike Scioscia.

Scioscia, a former Los Angeles Angels manager, couldn’t match the feat of his mentor, the late Los Angeles Dodgers manager Tommy Lasorda, who led the United States to a gold medal against Cuba, 4×0, in Sidney 2000.

The United States collected its fourth medal. They won gold at Sydney 2000 and bronze at Atlanta 1996 and Beijing 2008. The Americans were fourth in 1992 and did not qualify for the 2004 Olympics.

The big disappointment for Tokyo 2020 was the three-time champion Cuba eliminated in the first round of the Pre-Olympic of the Americas in Florida.

A few hundred people in the stands at Yokohama Stadium gave special encouragement to the Japanese. It was an audience mostly of Olympic volunteers in orange shirts and masks in that almost empty park with a capacity for 34,000 spectators.

The United States could not count on a player on the 40-man roster of the 30 major league clubs, which has been a pending issue since baseball was officially approved on the Games program in 1992.

Japan halted its major league season on July 17 and was able to summon its top home stars. He couldn’t count on his MLB figures, Shohei Ohtani and Yu Darvish, but they wouldn’t need them.

Second baseman Eddy Alvarez did not go on to win gold, but he made history: he became the third American and the sixth athlete overall to win medals at the Winter and Summer Games, equaling silver as a speed skater in Sochi. 2014.

At the end of the evening WBSC and Tokyo 2020 announced the All-Star Olympic Team: