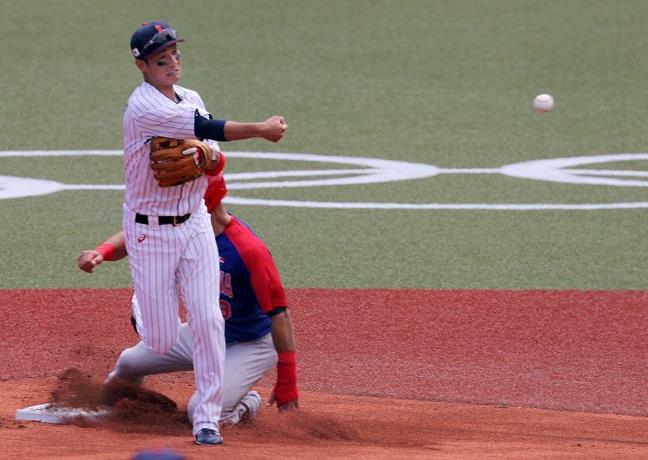 Hayato Sakamoto hit with the bases loaded in the ninth inning to complete Japan’s miraculous reaction to the Dominican Republic, in a 4-3 victory that inaugurates baseball in Tokyo-2020.

Munetaka Murakami scored the decisive run with Sakamoto’s hit to center field for Japan to kick off a sport that is a national pastime in style, a day after the softball players gave the host country the first of the competing gold medals in diamonds at these Olympic Games.

The ‘Samurais’ closed the ninth act losing 3×1, but exploited reliever Jairo Asencio to flip the board.

The two runs of the provisional tie until Sakamoto resolved were driven by Munetaka Murakami with a single to centerfield and Kai Takuya with a bunt.

Charlie Valerio, with a two-run RBI double in the seventh inning, and Gustavo Núñez, with another biangular for one more hairline in the ninth, seemed to embitter the party of Japan in a very significant place for those who were called, before the Covid-19 madness, the ‘Reconstruction Games’: Fukushima.

The city, about four hours by road from Tokyo, was the center of Japan’s triple tragedy in 2011, a magnitude 9.0 earthquake and a gigantic tsunami that left more than 18,500 dead, followed by the worst nuclear disaster since Chernobyl. in 1986. It had already been home to the inaugural game of softball, the event that opened the competitions of the Olympic Games.

Japan and the Dominican Republic compete in Group A of the tournament with Mexico and South Korea (winner of the gold medal in Beijing-2008), the United States and Israel are in the B. South Koreans and Israelis face on Thursday.

Lethal reaction
Valero punished reliever Koyo Aoyagi by boosting Juan Francisco and Erick Mejía with his biangular. He celebrated by beating his chest hard, as if to say ‘here we are’.

After the two Dominican streaks in the top of the seventh, Japan rebounded in the low, when Crisóstomo showed signs of fatigue by consecutively admitting a hit by Hideto Asamura and a double by Yuki Yanagita. Without outs, Luis Felipe Castillo made a providential relief and although he allowed a touchdown he was able to resolve the crisis to keep the Caribbeans ahead.

Nunez’s double in the ninth inning, which chartered Erick Mejía, seemed to save the Dominican Republic scares.

However, the local miracle arrived.

Baseball reappears in the Olympic Games program after being excluded in London-2012 and Rio de Janeiro-2016. It is expected to return in Los Angeles-2028.