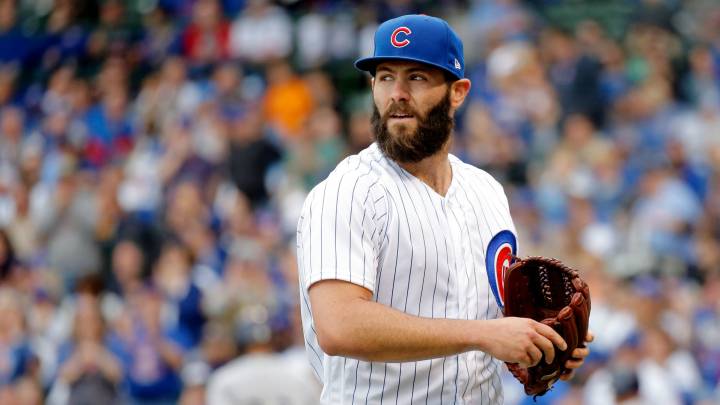 Pitcher Jake Arrieta announced his retirement from the Major Leagues, he thinks he is ready to go home.

The one time Cy Young of the National League, Jake Arrietaannounced his withdrawal as a professional pitcher MLBmaking it clear that you just need to sign the papers to make it official.

Arrieta is coming off a totally overwhelming 2021 season, where he pitched with the Chicago Cubs and the San Diego Padres, leaving numbers like

It should be noted that Arrieta was selected in the 2007 draft by the Baltimore Orioles, with whom he made his Major League debut and was later traded to the Cubs. Years later he tried free agency and signed with the Phillies, once he was free again he returned to the Cubs in 2021, who designated him for assignment in June of the same year and he was claimed by the San Diego Padres.

His last game in the Majors was with the San Diego Padres, just on September 19 against the St. Louis Cardinals, where he ended up throwing a third inning with 3 hits and 5 runs allowed.

How did you come to the decision to go home?

Arrieta, 36 years old, 6’4 tall, 230 pounds and 12 seasons in the Majors, said he was facing a group of teenagers, where he got five strikeouts, but gave up 3 pitches just when the parents of the youngsters were present, somewhat annoyed, wondering to themselves why an uncontrolled man was throwing uncontrollably in front of his sons.

“Me throwing BP to my son’s team like last year and the year before, in my son’s last coach pitching game, we lost because I struck out five guys and hit three. And you know what? The parents of the other team say: “Who is this guy? Why are you letting this coach pitch?” Arrieta said.

I said “OK, okay, OK, that’s three pitches, I get two more, Jesus, throw one of these down the middle so the kid can hit it.” No, I got lost. “OK, this is the last pitch, there’s a lot of pressure, there’s a lot of people watching”… and I hit him… you know what? That’s it.said Arrieta.

To conclude, he clearly stated that “I haven’t signed the papers, but I’m done. It’s time for me to walk away from the game. At some point, the uniform passes to someone else, and it’s just my moment, really.” Arrieta said on the Pardon My Take podcast.

From El Fildeo we wish the best of luck to the one day sensation of the National League from the hill.

Jake Arrieta hangs up the hooks and retires from the Majors