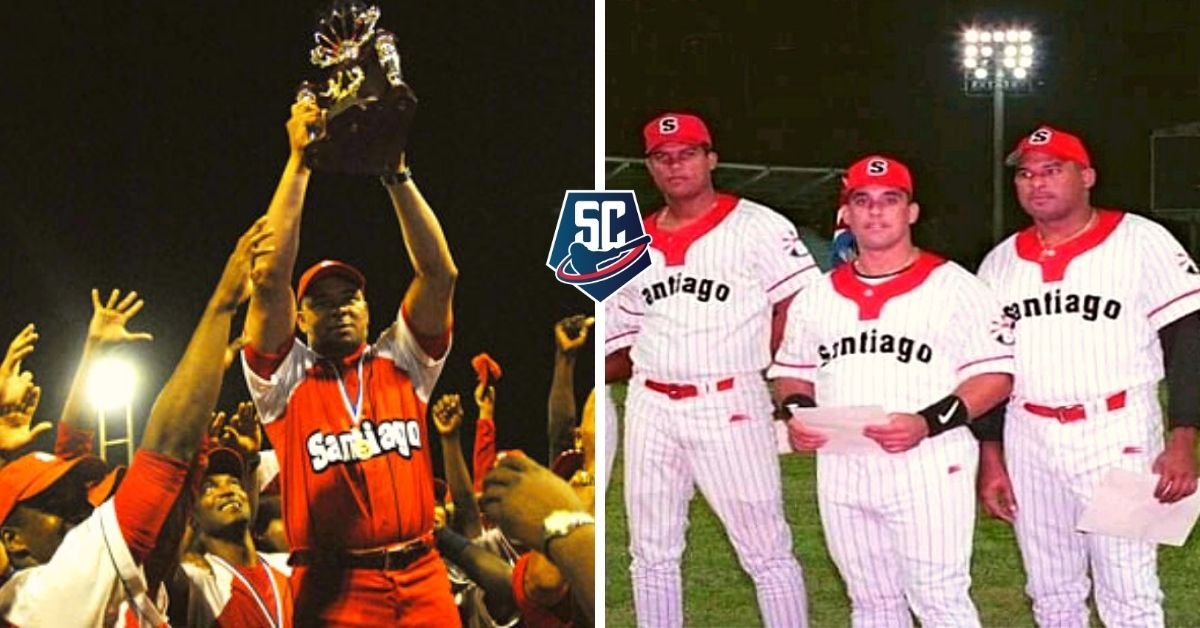 When we talk about emblematic teams in the National Series, it is impossible that names like: Industriales, Villa Clara, Pinar del Río or Santiago de Cuba, as well as Granma, do not come to mind in recent years. The main reason could be that they have been teams full of stars and with a competitive impetus that is difficult to match, or that they simply had very good results in national tournaments, marking a before and after in these contests.

There is especially a nickname that will not be forgotten by the Cuban fans, we are talking about those teams from Santiago de Cuba that for several years were known as “La Aplanadora”.

Originally named those groups from Santiago under the command of Higinio Vélez and with renowned figures such as: Antonio Pacheco, Orestes Kindelán, Rolando Meriño and Gabriel Pierre, just to mention a few.

These teams managed to win three consecutive national championships in the 38, 39 and 40 editions, establishing several offensive records that are still valid.

It may interest you: “They were NOT good” CONFESSED Cuban major leagues about how relations with Víctor Mesa were

The truth is that there was a second stage of the well-known “Aplanadora Santiaguera”, under the command of Antonio Pacheco when they won the national championships in 2005, 2007 and 2008.

These teams still had the presence of players from the first steamroller, but new talents such as: Hector Olivera, Adeiny HechavarriaAlexei Bell, Ronnier Mustelier, Alberto Bicet and a lanky left-handed hitter known as “El Yuyo”, who positively impressed fans since his debut in the National Series.

Jose Julio Ruiz he was known for being a good batsman and possessing remarkable leg speed despite his impressive physique. But without fear of being wrong, many fans remember him particularly for being the protagonist of that controversial home run in the postseason duel between Industriales and Santiago de Cuba, discussing the Cuban title in April 2007.

You may also like: JJ RUIZ WARMED UP: “That home run went to the blue ones, that’s why it’s the mess”

Precisely José Julio Ruiz told us exclusively in our nightly stellar space the Full Swing Showhow his beginnings were in the National Series and what happened the following season of his debut, when surprisingly he was not part of the Santiago de Cuba team, a fact that raised the doubts of not a few Santiago fans who saw the potential of the slugger.

How was your first year in National Series?

-The first year in the National Series I did not participate, I was a rookie, the team from Santiago de Cuba has always been strong. In those years it was very difficult because there were many good players with talent. Not everyone has the chance to make the team.

In the next season, 2004-2005, you did not participate in that National Series. Which was the reason?

-That year I was in a dispute about whether a pitcher or a player and well they opted for a pitcher from Palma Soriano, I don’t remember the name now. Supposedly they went to vote and opted for him. After he entered, no one ever heard from him.

«But well, that year was for that, it was a technical decision. One feels bad, but I say that sometimes losing one wins. If you do not take off and fight, then your reward comes double ».

We would like to know your opinion about the words of José Julio Ruiz, you can write your ideas in the comment box.

You may also like: “I did not make a Cuba team for the Olympics because I was suspected of being a deserter,” confessed a prominent baseball player from Santiago

“It was a DISPUTE”, CONFESSED slugger from Santiago who WAS OUT of “La Aplanadora”