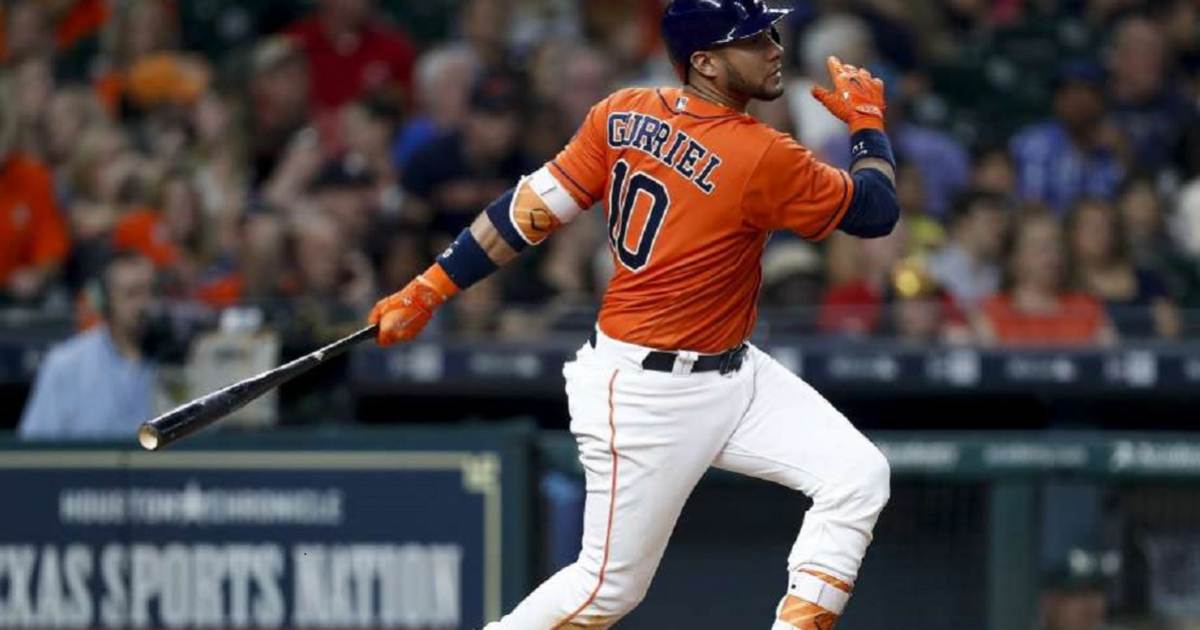 The idea of ​​creating an independent Cuban baseball team to participate in the next World Classiclaunched in March by the Association of Professional Cuban Players (APCBP), has served as a pretext for the regime to bring up the agreement it reached with the Major League Baseball (MLB) in 2018 and was blocked by the then president of the United States, Donald Trump.

Since then, the sports authorities of the Island have not missed an opportunity to complain about the loss of that contract from which they hoped to obtain juicy benefits. But reality shows that Cuban baseball players do not need the mediation of the Government, that is, of the state Cuban Baseball Federation (FCB)to obtain lucrative contracts in the best baseball in the world or in other foreign leagues.

The recent statements of the newly inaugurated president of the Federation, Juan Reinaldo Pérez Pardoshow that they do not need to be linked to the sports authorities of the Island to be summoned to the national teams.

Using the same argument that the regime has repeated to defend the agreement, Pérez Pardo said that “a natural relationship between the FCB and the MLB” would curb “illegal trips, the trafficking of athletes and the discriminatory conditions faced by players interested in playing in the so-called Big Top”.

What are the “discriminatory conditions” faced by players interested in playing in the Major Leagues? Who deprives Cubans of permanent residence in their country after spending 24 months abroad? Who deprives athletes of the right to enter their homeland for having abandoned teams abroad, as revealed by refusal of entry to Yulieski Gurriel?

As for “illegal travel and trafficking of athletes” from which the regime seeks to protect athletes, for a long time the players had no other way to achieve their dreams of trying out in other leagues. The regime imposed an exit permit on all Cubans to travel outside the Island. Still, high-performance athletes need “to be authorized, after analyzing each case, to travel abroad for private matters“, according to Decree 306 of 2012.

On the other hand, also for a long time high-performance athletes did not earn enough money to pay for a ticket to another country – if they had been authorized to do so – despite their contributions to Cuba’s sports results in international events.

However, “illegal trips” are no longer the main route by which baseball players leave Cuba, except if the restrictions imposed by the regime leave them no other alternative. The continuous departures of prospects and made ballplayers through the airport “with their heads held high,” as the late Higinio Vélez would say, mainly bound for the Dominican Republic, to seek a place in Big leaguesThey are the proof.

Now, the main evidence that Cuban baseball players do not need a contract between the FCB and the MLB was provided by its new president when he stated that the players who play in international leagues outside the management of the entity that directs could be called up to the national team.

The FCB has no choice but to open up to those players who carry out their careers outside of it and without it being able to get a penny out of them.

Faced with the idea of ​​an independent team, the FCB has not been able to answer that the players who play in Cuba are enough, because in Cuba there are fewer good players left. the best leave. The FCB knows that it needs them if it aspires to return to the stellar levels of world baseball.

Ironically, the fact that players already have options to legally leave and obtain contracts in the Major Leagues and the professional leagues of other countries, without the mediation of the FCB —for which The MLB does not need to establish any agreement with this body subordinate to the Cuban Government either.or— allows the Federation to maintain the policy of discrimination against baseball players who left Cuban delegations abroad, regardless of whether they have dedicated their best years to representing the country in international competitions.

It did not matter that Gurriel was key in the team that achieved second place in the first World Baseball Classic in 2006, the best result of a Cuban team in that tournament.

Nor that Antonio Pacheco, the Captain of Captains, has played for the regime’s Cuba during all his active years, when it came to eliminating his number during the All-Star game in 2020 and excluding him from the list of best Cuban players in second base in 2014.

The baseball players and all Cuban athletes must look at themselves in the mirror of Jose Abreu, Yordan Alvarez, Jorge Soler and others whose results are ignored by the sports authorities and the official press. In fact, one of the articles that press has dedicated to attacking the initiative of the independent team, recognized that the Cuban fans are still aware of the performances of those athletes in the Major Leagues… through the internet. Neither Cuban television nor the state press dedicate space to showing the performances of those compatriots. If they rescued Abreu from oblivion recently it was only to show his initial rejection of the independent team.

Before negotiating again with the FCB, which is not independent of the Island Government as it tries to make believe, the MLB must bear in mind that Cuban baseball players are not subject to any discriminatory conditions, except those imposed by their own Government. And that it is that government that needs to sign the agreement to get money from them.

It is the Government, and not the Cuban baseball players, who needs the agreement with the Major Leagues