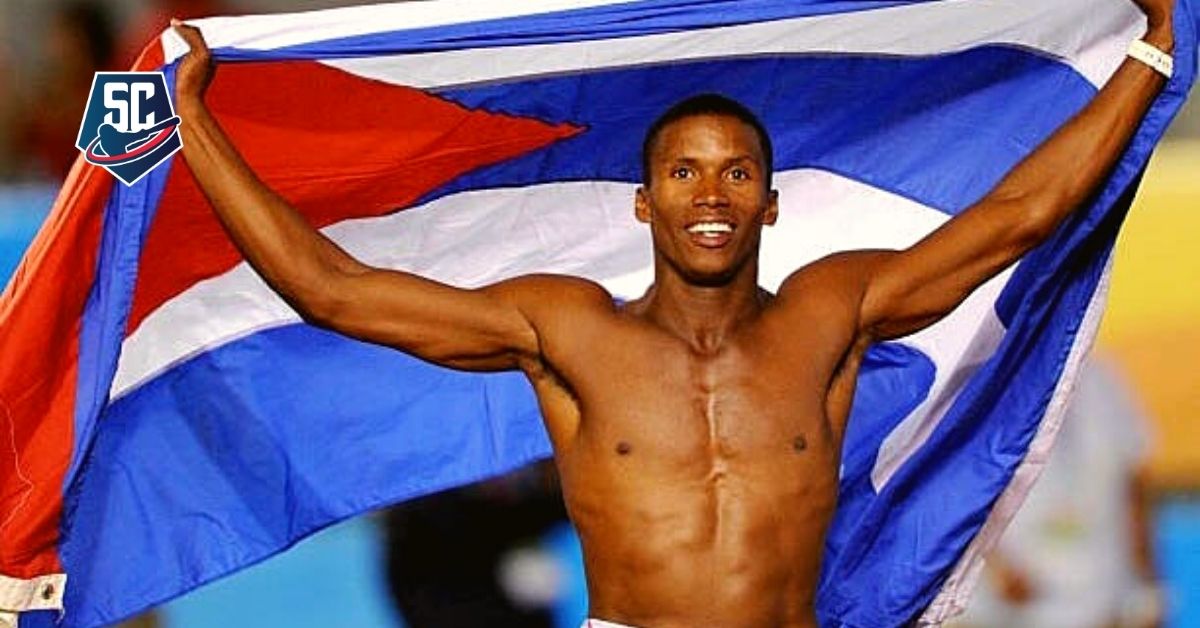 INDER continues to talk about its way of acting with its athletes, including those who at a certain moment became stars at the highest level in the international context.

Situations in recent times with Lázaro Bruzón, Leinier Domínguez, Hanser garcia, Ángel Fournier, Marlies Mejías and a very recent case such as the gymnast Manrique Larduet are just some examples of outstanding athletes who have had great controversies with the entity that governs the sport in Cuba, where for many it has been the main responsible for the rupture of the link between athlete and institution. Not counting the countless cases with baseball, sanctions, prohibitions and limitations of all kinds in most cases.

For some time it was known of the sanction that the prominent Holguin decathlete received Leonel Suarez, who was deprived of seeking his Olympic qualification to the Tokyo Games for traveling to Mexico to see his daughter, because according to the body currently directed by Osvaldo Vento, the world and Olympic multi-medalist violated several points of the regulations of a high-performance athlete.

“I had the urge to travel to Mexico, to help my minor daughter (seven years old), who lives in that country, and bring her to Cuba. I took advantage of a humanitarian flight, I only told my coach and did not ask permission from the authorized officials to let me travel. That is why they sanctioned me to descend to a lower sports structure (province) than the one I held, without any kind of salary remuneration, all for a year, and the loss of the right to the national athletics team, “he explained at that time to the official media Holguinero Now !.

Then, his return to Cuba was delayed due to the closure of airports and borders, and he could not return in time to start training for the Games, although he had already been sanctioned, according to what he said in that interview that he now ratified more widely.

According to his account, they applied the procedure incorrectly, creating a Disciplinary Council that sanctioned him and began to apply a measure without his presence, something that is a violation of the procedures contained in resolution 55 of the Inder. All this would have occurred despite the fact that there would be other less severe measures to apply to an athlete without prior sanctions or warnings. Back in the country, they ratified the sanction and in February he was “rehabilitated”, but his punishment was withdrawn very late, without the National Commission assessing his reincorporation to the national team and not even calling him to find out how he was doing. After his return, in March, he was placed in the Holguín EIDE and given the opportunity to train, while helping his daughter with virtual classes.

Although Suárez is not experiencing his best sporting moment today, the extremism of INDER is incredible in times when very few Cubans can qualify for the Olympic Games, beyond even a medal, something that has been considerably reduced compared to what happened decades earlier. For many specialists of the island’s athletics, the bronze of Beijing 2008 and London 2012 could not only be in the Japanese capital but finishing in the top eight was not at all a chimera based on their customary competitiveness in the summit events.

From the sanction of depriving him of his right to be included in the reduced Cuban team of the so-called king sport, Leonel began to look for a way to solve the problem without finding a solution to it. That led him to launch a direct of more than an hour in which he exposed everything related to the subject and why INDER had a totally unfair and arbitrary attitude about him, without even worrying about his fate after taking the radical decision, according to his own words published on his personal Facebook profile.

Suárez appealed to the Cuban laws themselves to defend himself against each of the accusations of the Cuban sports institution, arguing at length for each point and using a certain irony at a certain moment based on the violations that he allegedly committed. It is worth remembering that for years this renowned world-class athlete was living in the Pan-American stadium of Habana del Este because in his moment of splendor he was not granted a house in the capital, while at the same time we see characters such as Raúl Fornés, first vice president of the INDER, how they build a first class two-story residence in a residential area like Siboney, without having done anything compared to countless athletes who need it and deserve it much more.

The man born in 1987 and who was one step away from the world title in 2009 not only focused on the bad treatment of INDER towards him, but also covered many other problems that have been hitting the island’s sport with more force and strength. especially athletics. His presentation, although it was not without harsh words, was based on a solid argument for each aspect addressed, of which very few other than fully committed managers can disagree.

And it is that so many people cannot be wrong, and this last week if we count the gymnast Manrique Larduet, there have been two figures who have publicly denounced the injustices of INDER on them after telling sports and Cuba for many years despite the multiple difficulties that they have had to face. And these are two men who one day, when they were in their prime, were used as banners of Cuban sport in as many competitions existed, logically thanks to a talent that today is no longer at that height, many times due to the poor work of a An institution that is looking for more detractors in the athletes’ union every day, further obscuring the precedent for young people who are making their way.

The national record holder of the decathlon and who for more than a decade was in the highest elite of this modality worldwide has a certainly uncertain future, since his post is almost certain to be taken as a declaration of war for INDER, which in addition to leaving If he is definitely taken into account as an active athlete, it will be necessary to see if he does not take other reprisals that may affect the payment of his multiple medals or the possibility of working as a coach later. For those who think that the latter may be an exaggeration, some national or provincial INDER officials have warned retired players that their retirement may be at risk for giving interviews to non-official media and journalists.

Without further ado we leave you with the forceful public statement of Leonel Suárez, who is undoubtedly one of the best historical exponents that Cuban athletics has had.