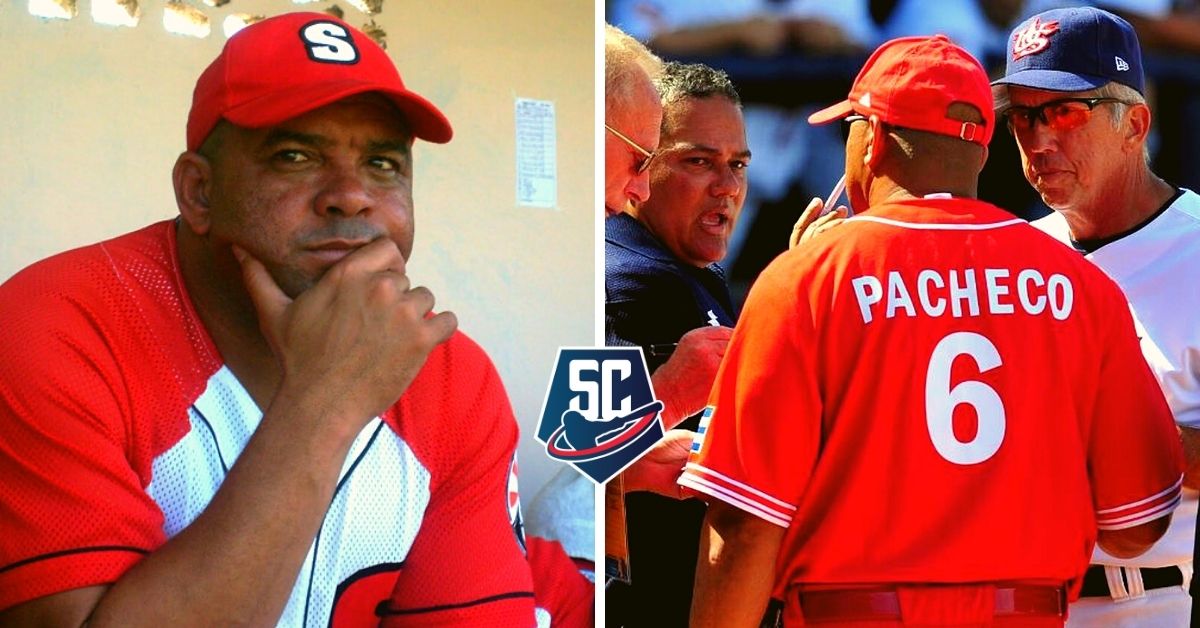 Whoever doubts that Antonio Pacheco has been one of the great players who has performed in the National Series surely conditions that thought on elements beyond the purely sporting context.

It is not that I want to impose this statement, but rather that in sport there are realities that are easily demonstrable with statistics and, as in the case of the “Captain of Captains”, with a generalized criterion reflected everywhere.

Of course, many of you will be wondering if what I just said has anything to do with the headline, and in reality there is no direct relationship. Yes, because what it is about is not the supremacy of the man from Santiago in relation to his stage as an active player, but what came later.

I am speaking essentially of his leadership in the group of players who shared with him in a significant stage of Cuban baseball such as that decade of the nineties in which the three Olympic experiences were included (Barcelona’92, Atlanta’96 and Sydney 2000). and that years later they served as managers at the highest baseball level on the Caribbean island.

It may interest you: BREAKING: Christian López and Osmani Urrutia Jr. received GOOD news from MLB

Of those who took part in at least one of the three summer dates of the aforementioned decade, these are the ones who directed at some point in the National Series:

In total, there are 14 who wore the uniform of the national team in one of these contests that were successful for Cuba, including the one in Sydney despite winning a silver medal. But an Olympic medal and in professional times is not something to detract from.

Of the list that I mentioned, there were several that stood out in the function of director, while others did not pass with more pain than glory, it was precisely because the importance of their name did not allow it.

It may interest you: LAST MINUTE: Well-known baseball player sentenced to 11 years in Cuba was released from prison

Only Germán and Pacheco managed to take their teams to the top of the podium, while others like Lourdes, Víctor, Paret and Vargas were at least able to reach the dispute over the Cuban title. Padilla and Ulacia were the ones with the most discreet results, and in the case of the former Havana second baseman, being in charge of a team as damaged as the Metros led him to set the worst record for a team in a 90-game season in 2005-06 (just 19 wins).

If we take the absence of championships won as a comparative element, then only “El Imán” Mesa could compete with Antonio, something that honestly seems wrong to me. And there are plenty of reasons.

First, because in total wins, the legendary second baseman from Santiago was superior, along with the impact of those results.

Pacheco debuted in 2004-05 as a manager and that same year led his wasps to the throne of Cuba after defeating the inspired Cowboys of Havana in the final in six games. A year later he lost in that same instance against Industriales, but the following year he took revenge against the Leones for his second crown.

It may interest you: In HAVANA itself: Tribute to Yuli Gurriel reached a DECISIVE MOMENT

What happened in the 2007-08 season was undoubtedly something extraordinary that more than justified the nickname of that generation as “the other steamroller” (the Santiago champion between 1999 and 2001 was the first version baptized as the steamroller).

Several were the offensive records that part of its members established, plus the groups in a series of important lines, to which they added a luxury defense and a pitching that without too much depth met the level of the best in the championship. The climax was a playoff stage in which no one could take a single victory from them (they equaled what Santiago de Cuba itself did in 2000).

After deserving the Cuba team for a long time, they finally gave him that responsibility for the 2008 Beijing Olympic Games. What happened there continues to be a part of strong debates today about his level as manager of the Cuban team in that summer event.

Almost everything that some consider strategic errors did not cost in the final result, and on the subject of removing Yulieski and putting Malleta because of how bad the first one was and the presence of a lateral pitcher in front, there are few specialists that I have seen questioning him about it.

It may interest you: Javier Sotomayor DENOUNCED a serious crime against him

But the decision makers did not think that an Olympic silver medal was a great result, and not so much for looking at it from a current situation in which they do not even qualify for that type of tournament.

They didn’t give Pacheco another chance because Anglada had started the stage where if you don’t win, you leave and we put whoever wins the next National Series. Shortly thereafter he too decided to hand over his position as helmsman of the untamed ship for good. After that nothing has been the same for Santiago despite some classifications to the next phase. The play offs more never existed since the departure of the “Captain”.

There are those who may rightly think that a team manager cannot be valued solely for his titles, especially because sometimes there are those who have the ability but the support of the team he led is far below. However, with the exception of Padilla, Ulacia, José Raúl and perhaps those Leñadores de Ermidelio from the first decade of the century, the rest have been in charge of high-ranking teams in Cuban baseball.

In any case, and although we do not take only the titles as a comparison aspect, for me Pacheco stands out above the others without the difference being very narrow.

It may interest you: Luis Silva (Pánfilo) showed off at the opening of a traditional event: “I’m ready for the National Series”

It cannot be absolute, because in fact there have been negative stories that have been made public, but the vast majority of the players who were directed by Pacheco agree on the human and professional quality of the once stellar waiter. There are many testimonials, many in fact.

And about his knowledge, I think there is no better example of endorsing his class in this sense than the role he has been performing for years as part of the official New York Yankees coaching staff. Very few have achieved that, and the only one on the list of Olympians who have led in National Series.

From the historical point of view, they would already be capital words, because there are a few that have merits that surpass it, but at least within Santiago de Cuba in the combination of results and other factors that go beyond triumphs, the majority put it as the best above recognized in the work such as Manuel Miyar, Franger Reynaldo and Higinio Vélez himself.

That is why thinking of Pacheco in the Cuban Hall of Fame for his transcendence as a baseball player is a mistake. That is why many considered him fair even from the same year of refoundation in 2014, because the fusion of achievements as a player and manager put him in a dimension that almost no one can reach.

IT HAD TO BE SAID: Antonio Pacheco, the best of his generation