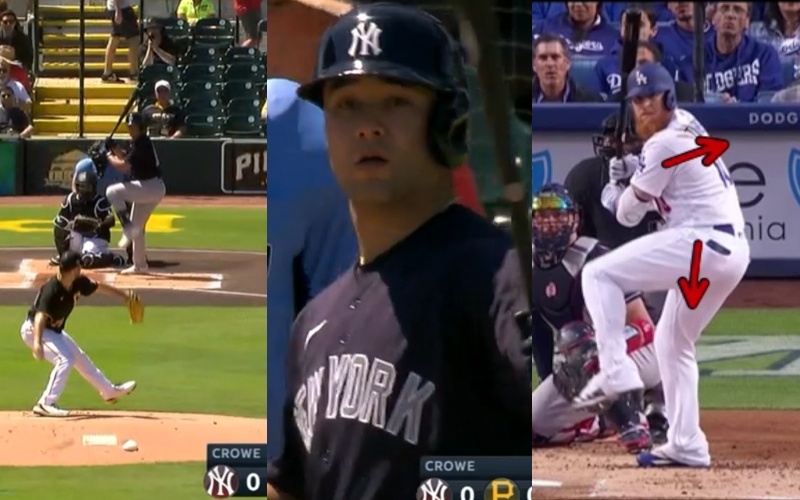 New York Yankees shortstop Isiah Kiner-Falefa has been working with Justin Turner and now they are identical in the batter’s box.

The shortstop of the yankees, Isiah Kiner-Falefa in search of improving his numbers in the offensive field, he was training a little with the veteran justin turner of the Los Angeles Dodgers during the offseason and the MLB work stoppage.

Kiner-Falefa spent time this offseason working with Dodgers third baseman Justin Turner, who told The Athletic that the two had worked with private hitting coach Doug Latta while a deal was being negotiated between the MLBPA and the MLB.

“We talked a lot about the struggles he had when he was with the Mets,” Kiner-Falefa said of Turner. “He was able to make the adjustment and find a way to improve. He was in the latter part of his career. He just shows the type of person he is and his character for him to make adjustments so late and be successful. I also want to be the best he can be.”

Turner, who was designated for assignment by the Mets after the 2013 season, is now entering his ninth season with the Dodgers as one of the most consistent hitters.

Justin Turner said that Kiner-Falefa has “changed the way I thought about hitting a little bit,” noting that he is “attacking the ball a little further forward than he was used to and really focusing on getting into a better position. for launch.”

On the other hand, Falefa is very focused on defense being his best quality: “Defense is my strength,” Kiner-Falefa said. “I like to be a leader and play hard. That’s all I can bring every day, and what happens next is out of my control. I do the best I can and try to play with a lot of heart.”

Within the Yankees’ lineup, Kiner-Falefa doesn’t have to be a 20-homer to make an impact. His strong defense with short and high contact rates represents a different approach on the field and in the lineup than the Yankees saw last season.

Isiah Kiner-Falefa spent time during the offseason working with Justin Turner and hitting coach Doug Latta this offseason, per @lindseyadler. Seems like it, based on this GIF from @mikeaxisa‘s Patreon. (Article link: https://t.co/bO5H60xskw) pic.twitter.com/fuY94IPGEf