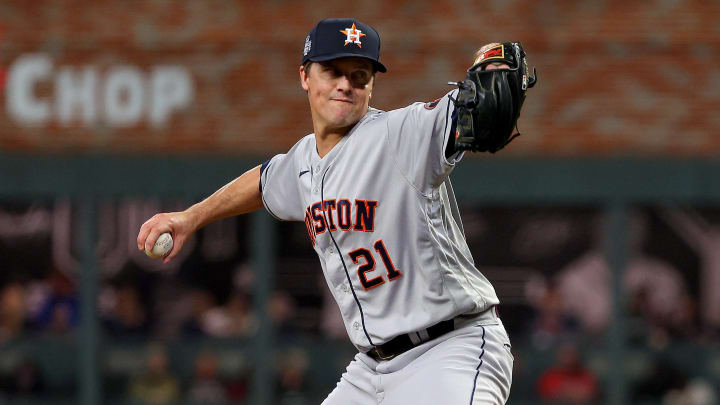 The New York Yankees they reached the free agency of the MLB with the aim of adding pitchers to back their main star, Gerrit Cole.

However, to date and perhaps due to unemployment, the Big Apple team has not been able to fulfill this task. At one point Justin Verlander was offered a contract, but the veteran chose to return to the Houston Astros. They also watched as Robbie Ray secured a lucrative deal with the Seattle Mariners.

Clayton Kershaw, another ace available in the market, is trying to reach an agreement with the Dodgers and, according to sources, the Texas Rangers would be the left-hander’s option if he does not return to Los Angeles.

Against this background, there are few options for stellar starting pitchers GM Brian Cashman would have to shield his ace. But there may be someone who fits into the 2022 rotation of the Bronx as a whole: Zack greinke.

If what the Yankees want is to sign a good pitcher for a low cost, Greinke looks ideal. The right-hander made 29 starts in 2021, went 11-6 with the Astros and is worth an estimated $ 9 million, according to specialist website Spotrac. Although 38 years old, Greinke has been able to record at least 30 starts per season, not counting the 2020 contest, cut short by the pandemic, according to Baseball Reference.

The right-hander would be that third starter sought by the troop led by manager Aaron Boone, with Cole as first and a healthy Luis Severino as second in order.

However, an important aspect that could prevent his signing with the Yankees is his record against teams in the East Division, which is 2-6 against American League clubs and 14-4 against rivals in the same division. but from the National League.

However, Greinke could solve the Yankees’ problems for the foreseeable future with a one-year deal that would not significantly affect the organization’s payroll.

Is Zack Greinke the perfect pitcher to accompany Gerrit Cole in the Yankees rotation?