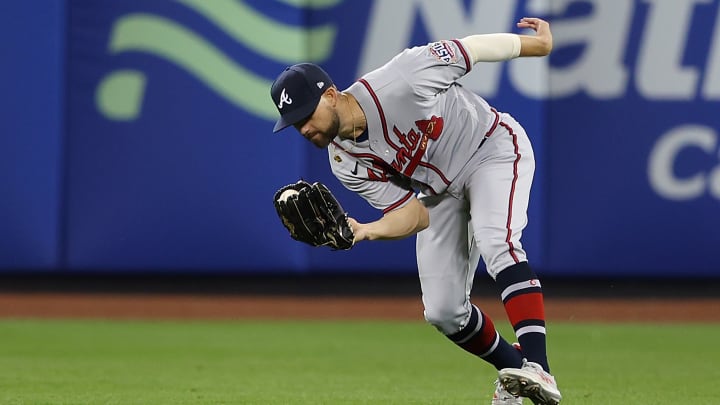 Among the minor league signings made by the New York Yankees this week is the signing of an outfielder who was All Star in the 2017 season in the MLB, Ender Inciarte.

The 31-year-old Venezuelan was assigned to the Triple-A affiliate and is invited to the spring training of the Big leagues, but analysts interpret his hiring as insurance for the New York outfield.

“I think I also need to explore center field as a possibility,” said the general manager. Brian cashman in November to the NY Post, about its objectives in the market.

“There are things that make sense to us because obviously Aaron (Hicks) has had a history of injuries in recent years,” he explained.

Although his offense has diminished in recent seasons, Inciarte is a solid player on defense, as shown by the conquest of three Golden Gloves; who won consecutively between 2016 and 2018.

It is not only defense that the Venezuelan can contribute. Also your experience.

At 31 years old and 8 seasons of service in the majors, the left-handed patrolman has a lifetime offensive line of .290 / .333 / .383, with 42 homers and 263 RBIs and has played for the Arizona Rattlesnakes and Atlanta Braves.

In recent years, injuries have weakened Inciarte’s offensive performance, who ended up being released by Atlanta. Also by the Cincinnati Reds, who gave him a minor league contract.

But if he is healthy, the Venezuelan can easily earn a spot in manager Aaron Boone’s reserve and be his defensive guarantee in the last innings or the insurance against an eventual injury to Hicks.

Is Ender Inciarte insurance for the Yankees outfield?