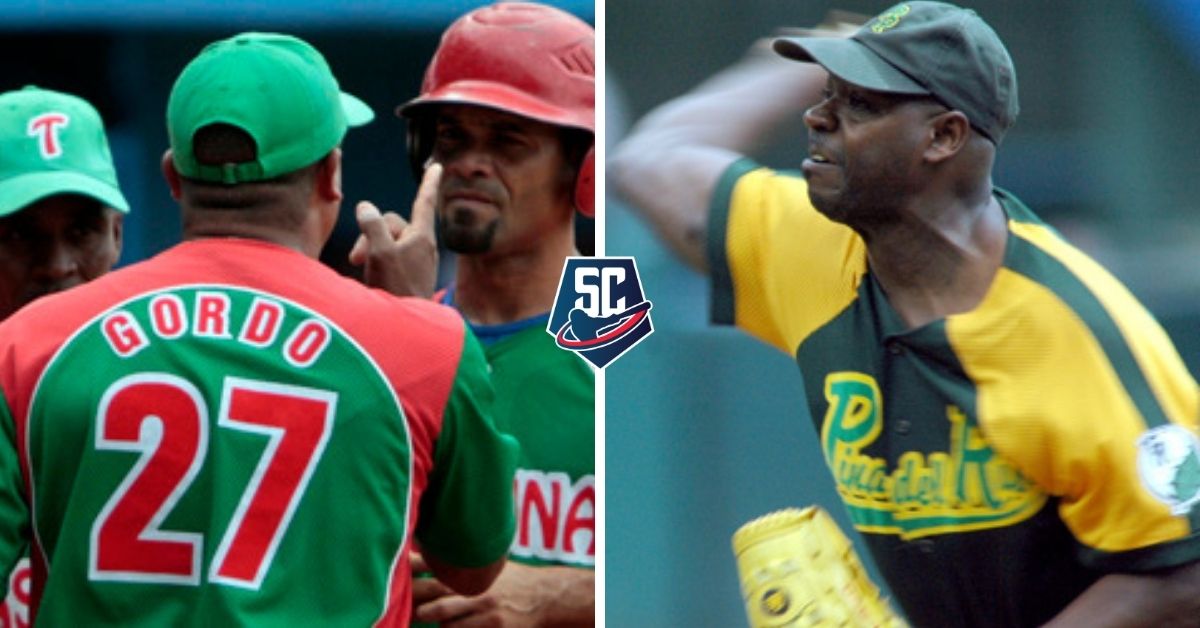 Peter Louis Lazo, “El Rascacielos Pinareño”, is one of the best pitchers that Cuban baseball has given in its history. Excellent arm and physical conditions, very intelligent in the box, effective and with an indescribable personality and courage to come out of the most difficult moments unscathed, make him a benchmark for pitching on the Island.

Top winner of games in the National Series and star figure of the Cuban team for years, Lazo was invited to “The Complete Swing Show” on February 19, 2021accompanied by another historic pitcher from Pinar del Río and Cuba, winner of the 2005 World Series with the Chicago White Sox, José Ariel Contreras.

For more than five hours, Lazo and Contreras shared with the followers of our YouTube channel, telling stories and anecdotes of their time in baseball, as well as answering questions from the public, with the respect and naturalness that characterizes both.

It may interest you: César Valdés clarified his return to Cuban baseball

«Ask Lazo about the ball he hit Gordo after destroying the perfect game»a follower commented in the chat of the program, referring to an event that occurred between the eternal 99 from Vuelta Baja and Juan Miguel Gordo, an infielder from Las Tunas.

“No, but that is well given and I will give it to him again if he does it again,” emphasized “El Rascacelos Pinareño.”

It may interest you: ANNOUNCED Arruebarruena important decision for Matanzas

The event in question occurred as a “revenge” of Lazo towards Gordo, product of a previous situation between the two, which the pitcher himself explained on the program.

«Gordo and I were brothers, until that day. We slept in the same room in the youth, we got along very well, “Lazo said.

«But one day, I am giving a perfect game and in the ninth inning, with two outs and two strikes… No boy, at that moment, if the ball comes to one side, I throw it to another. What happens is that, since he was terrible, surely he thought: «let me give Lazo a hit here, now to attract attention». And he gave it to me. But nothing happened there, I didn’t say anything to him, I didn’t bother or anything, “narrated 99.

Indeed, Gordo had broken Lazo’s perfect game one strike away from achieving it. Perhaps the speedy right-hander, on a gala afternoon, trusted against the last opponent, after having retired 26 batters at his command. However, in his opinion, as in that of many, Gordo should have been “more delicate” and let him complete the feat. But things didn’t end there…

It may interest you: “Mattress, microwave and house, BUT …” Industriales player CONFESSED about STIMULOS in National Series

“Then we went to Las Tunas to play and Gordo came to bat with full bases,” Lazó commented, laughing, as if in a kind of suspenseful prelude to what was to come. «What I put in his back was a candle. That was the last time he hit in the National Series, the following year he didn’t play anymore. If he played he would fuck again, I can assure you ».

Lazo’s “revenge” was immediate and hitting Gordo was the way to do it.

Many readers will think that this is not the correct way to “solve” these issues. Others will applaud the attitude of the Pinar del Río. But, really, coming from a great like Pedro Luis Lazo, everything is allowed, everything is forgiven and even Gordo had a bit of fame for him.