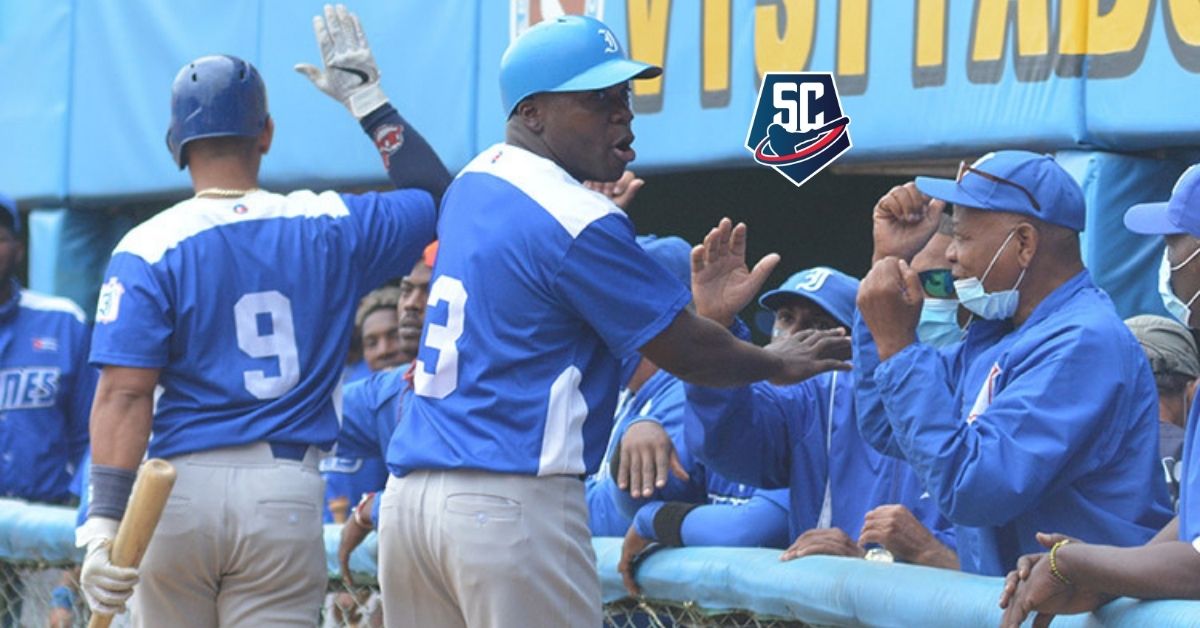 On the afternoon of this Thursday, February 17, the seventh subseries of the 61st edition of the National Baseball Series concluded, with a total of nine challenges in which a lot of hitting was done and the pitching was severely punished.

With a couple of victories on the day, the Leones de Industriales completed a surprising sweep over the Azucareros de Villa Clara in their visit to the Augusto César Sandino stadium; the Crocodiles of Matanzas tipped the balance in their favor in the duel against the Vegueros of Pinar del Río; the Hurricanes of Mayabeque knocked out the Hunters of Artemisa, while the Piratas de la Isla defined the match against the Elefantes de Cienfuegos on September 5.

The Industriales team (11-6) did not believe in the home team of the Azucareros de Villa Clara (7-10) and swept them in the particular mid-week sub-series, with a couple of wins this Thursday that catapulted it to the third position in the table.

It may interest you: LAST MINUTE: Industriales star sanctioned for use of Social Networks

Earlier in the day, in Wednesday’s sealed game continuation, the Blues 6×3 were imposed in 11 innings, with victory for reliever Juan Xavier Peñalver (2-0) who worked immaculately in 2.0 innings of performance, allowing no hits to the oranges and giving away a walk; while Eddy Howard Díaz (0-1) charged with the backhand.

After sealing the clash with a tie at three goals per side, both teams received zero in the tenth chapter, maintaining equality on the board. But in the eleventh, couple of tickets and a wild pitch of Villa Clara reliever Daniel Condes with loaded bases, allowed the Blues to score a rally of three runs that defined the clash, while Peñalver retired the local offensive with a conga step in the closing.

In the closing game, agreed to for seven chapters, the locals seemed headed for the win, scoring two runs in the same opening inning, combining a single by Reidel Pedraza, an RBI double by Yurién Vizcaíno and a rocket by Juan Carlos Pérez that brought another . Then, in the second act, they added the third run, after a double by Yuri Fernández, a hit by Cristhian Rodríguez and a groundout to the box by Magdiel Gómez, all against the Blues’ starter, David Mena (1.1 EL, 3 CL, 5 H ), who did not pass the second episode.

For his part, the experienced Freddy Asiel Álvarez had all the tools to consolidate the victory of the Azucareros, to the point of throwing five complete innings with just a couple of singles allowed, five strikeouts and a free walk, leaving the game with an advantage of 3 ×0.

But in the sixth, already with reliever Raidel Alfonso in the box, the Blues took advantage of third baseman Fernández’s error on a hit by Sandy Menocal, which would have served to close the inning and after Yhosvani Peñalver’s double (3-2), added couple of runs by Jorge Alomá’s RBI single, putting the crash 3×2, still with a local advantage.

It may interest you: “Get ready that you are the center field of the CLASSIC”, the incredible PREDICTION of the father of the Cuban major leagues

In the opening of the seventh, three outs from defeat, Yasiel Santoya opened with an unstoppable left-hander, Juan Carlos Torriente sacrificed himself, Jorge Luis Barcelán reached first due to another error by the Villa Clara defense and after striking out Roberto Acevedo, the reliever Pedro Manuel Castillo was replaced by Eddy Howard Díaz, who was tied by Alberto Calderón with a hit to center field. Moments later, Menocal dressed as a hero by defining the actions with a brace that brought two runs for the Blues.

At the time of picking up the bats, Villa Clara deducted one for a walk by Azul closer, Andy Vargas and a double by Ottoniel González, but a trio of strikeouts by Vargas put an end to the match, with 5×4 victory for Industrial.

The victory went to the capital’s first reliever, Reemberto Barreto (1-0), who did not allow hits in 4.2 innings, with one strikeout and three walks, while Pedro Manuel Castillo charged with the setback, despite dominating the two batters he faced.

Industriales added seven hits without errors, while Villa Clara had six hits and committed three costly errors on defense. There was no home run in the game.

In their Victoria de Girón yumurino grounds, the Matanzas Crocodiles (12-5) defeated the Vegueros de Pinar del Río (9-9) for the second consecutive day with final board of 5×1to establish themselves in second place in the Standings and approach only half a game behind the leader, the Avispas de Santiago de Cuba (13-5).

Right-hander Renner Rivero (3-0) lasted 6 2/3 innings on the mound, with no earned runs allowed and eight hits, striking out five turndowners and giving away one walk, to add his third win of the season and remain undefeated. Veteran Yosvani Torres (2-2, 6.1 EL, 2 CL, 7 H, 5 K, 1 BB) was a worthy rival and did very well as Pinar’s starter, but he was the loser.

The best offensive players for the Yumurinos were, with two hits per capita, Javier Camero (4-2, CA), Eduardo Blanco (3-2, CA) and William Luis Campillo (4-2, double, HR, 3 CI , CA), the latter with a home run included. Meanwhile, for the pativerdes, Lázaro Emilio Blanco hit 3-4 and Juan Carlos Arencibia 2-4, with a triple.

Matanzas had 10 hits with an error on defense, while Pinar del Río shot nine hits and played flawlessly.

In their grounds at Nelson Fernández de San José, the Mayabeque Hurricanes (11-6) confirmed their good performance in this Series 61 and they knocked out 11×1 in seven innings to the Hunters of Artemis (8-9), to win the sub-series against their western neighbors.

A total of 15 hits were connected by the Mayabequenses, five of them were extra-base hits, including Yasiel González’s home run, with an error to the defense, while the Artemiseños added nine hits without blunders.

The designated hitter and fifth batter for the Hurricanes, Rafael Fonseca, went 4-for-4 with a double, two RBIs and a couple of runs scored, while veteran Orlando Lavandera went 3-for-3, with a triple, three RBIs and two scored, while the forward man, Lázaro Martínez, compiled 4-2 with two trailers.

Clusters of six runs at the end of the third episode and four runs at the end of the fourth were more than enough to support the work of starter Yulián Quintana (2-0), who took the credit by spacing out nine hits in 6.2 innings of job, with one cleanup allowed and two walks, falling just one out short of completing the game.

Artemisa’s starter, Manuel Murgado (0-3, 2.2 EL, 7 CL, 6 H, 3 K, 5 BB) added his third loss of the tournament as he was severely punished. The Cazadores’ third baseman, Carlos de la Tejera, was the highlight on offense, going 3-for-4 and driving in his team’s only run in the match, while Yoan Moreno went 2-for-4.

PIRATES BEAT THE ELEPHANTS IN THEIR PREMISES AND TAKE THE SUBSERIES

Finally, on September 5 of the Pearl of the South, the Pirates of the Island (9-9) they defeated 12×6 to the Elefantes de Cienfuegos (6-12), supported by an offense of 16 hits (seven of them doubles), with eight of their nine men connecting at least one single. The southerners added 12 hits and they made the only mistake of the match.

It may interest you: National Commission lit the ALARMS: “They are not taking care of the health of the pitchers”

Pirates shortstop Laidel Águila went 4-for-5 in the game with a double and four RBIs, in addition to stepping on the home plate on one occasion, while the right fielder and fifth in the batch, Leonardo Urgellés, compiled 3-5 with a pair of doubles, two runs batted in and the same number of runs scored. Yasmani Viera (4-2, double, 3 CI, 2 CA), Jhony Hardy (6-2, double, 3 CI) and Aquimo Jiménez (4-2, 3 CA) also stood out with the wood.

For the losers, shortstop Luis Vicente Mateo went 3-4 with a triple and two runs scored, Yusniel Ibáñez, Orlando Santos and Pedro González shot a couple of hits, González himself and Pavel Quesada drove in two teammates, while the third madero, Yoasnier Pérez, hit the only home run of the game.

It may interest you: INJURED: Alfredo Despaigne suffered a tear and was out of the game