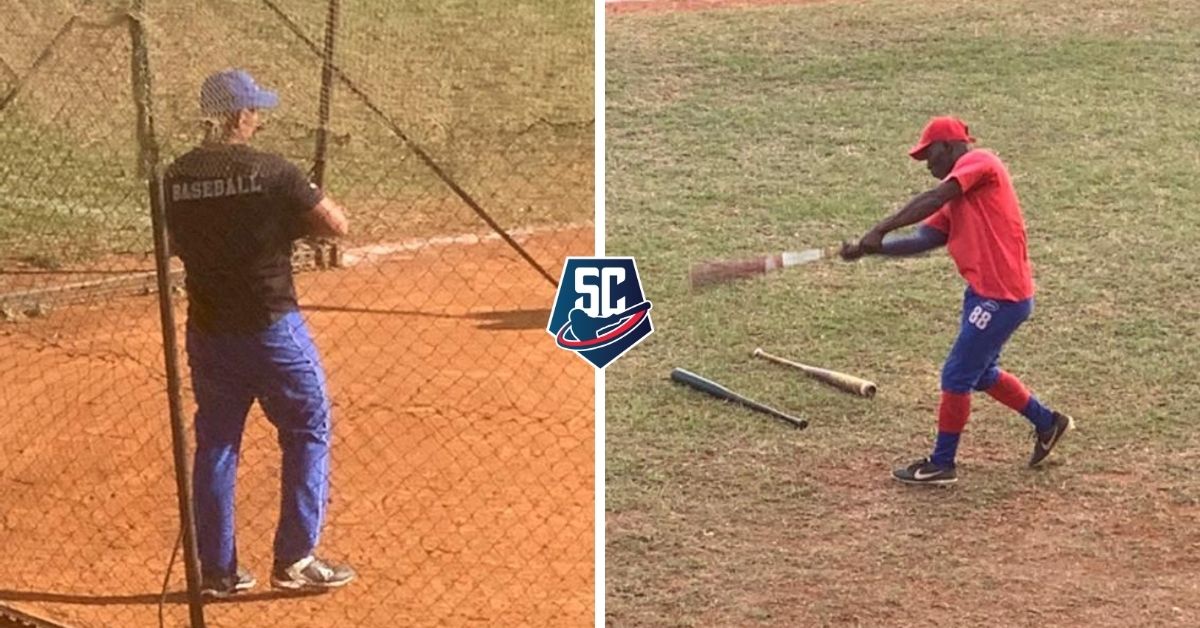 The Severino Méndez stadium, located in Bauta, Artemisa, received a baseball cap “a la chapa”, between a representative team from Havana and a group of players from the aforementioned place. Said match was held under a different law than those used in the National Series; the protagonists received a monetary stimulus.

Both novenas faced each other under the agreement of which the winner obtained an amount of 18 thousand Cuban pesos. To do this, they summoned two active players from the Industriales preselection (Ariel Hechevarría and Yoasán Guillén), one that keeps playing provincial and unofficial championships (Raudelin Legrá).

With an aluminum bat and “loose” pitches, the Havanans led by their National Series stars prevailed with a score of 27 × 20, in a clash in which the pitchers were dedicated to observing the enormous routes made by the balls.

Ariel Hechevarría, who recently returned from the Dominican Republic and aroused great interest among fans of the capital, led his team’s offense with three long home runs in six at-bats, including five RBIs.

Likewise, the star central patrolman of the Lions, Yoasán Guillén was a “life insurance” in the gardens. Similarly, his bat rang out loudly in Artemis lands, as he fired three hits five times, including a full-turn hit. Also, I add three players to the plate.

Raudelín Legrá, another of those who went through the highest level of Cuban baseball, first with Holguín and then with the Blues, strongly punished the weak rival shipments. Legrá racked up a single, a double and a home run in three visits to the batting box, adding three more runs to the cause of his cast.

After achieving the triumph, those in charge of betting the money distributed the sum of 10,000 Cuban pesos to the players who called to face Bauta’s team, which was not daunted by the recognized names and left a decent score at the end of the challenge .