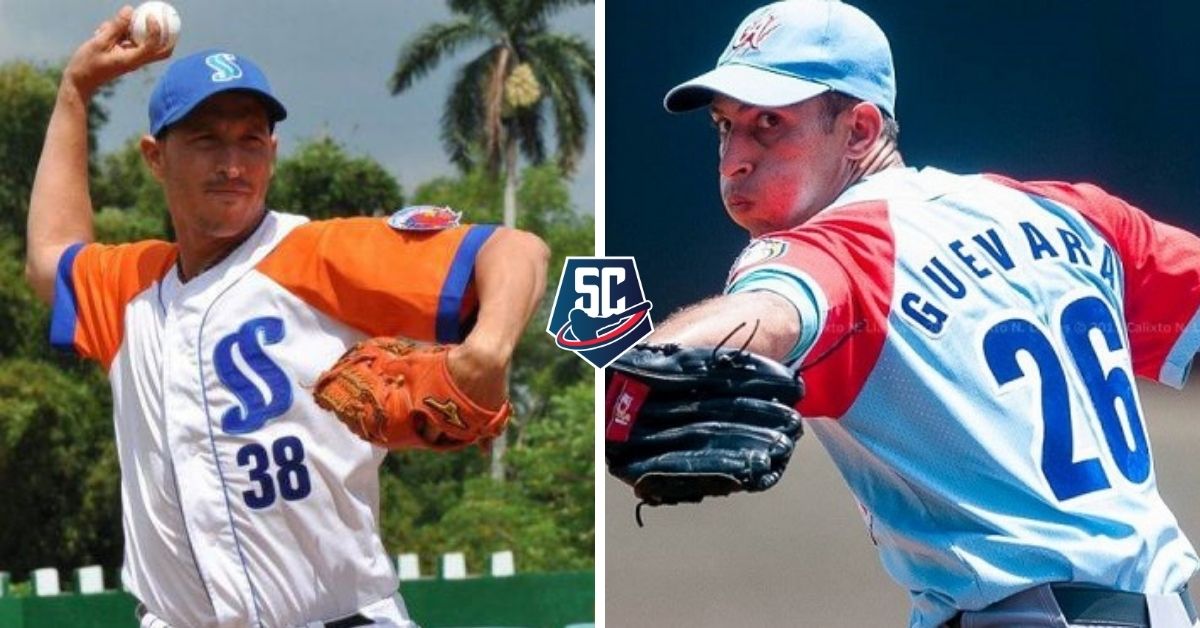 This Saturday afternoon, February 5, the Series 61 of Cuban baseball continued, at the beginning of the particular weekend commitments. The Gallos de Sancti Spíritus overcame the Azules from the capital with good work from the right-hander Yuen Socarrás and a productive offense, while the experienced Yander Guevara guided the Tigres de Ciego de Ávila to an easy victory over the Piratas de La Isla.

For their part, the Toros de Camagüey debuted with victory in their Cándido González field with an excellent pitching performance by Frank Madan and a strong offensive from his thick run, while the Indios del Guaso got in the way of the Villa Clara Sugar Producers, with production of three home runs.

Industriales could not win at the Gallos fence, Socarrás put the brakes on them

At the José Antonio Huelga stadium in Sancti Spíritus, the Gallos (3-5) put an end to a string of five consecutive setbacks and they defeated 7×2 to the Leones de Industriales (4-4), taking advantage of a total of six errors committed by the defense of the capital.

Right-hander Yuen Socarrás (1-0) reached his first win of the contest, after spending 6.1 innings in the box, spreading seven hits and allowing two earned runs, with five strikeouts and three walks, while Yanieski Duardo (1 ) saved the engagement, with 2.2 blank episodes and four hits.

The highlights of the offense of nine hits of the Gallos were center fielder Carlos Gómez, who went 3-for-4 with two RBIs and a run scored, right fielder Alberto Rodríguez (3-1) who drove in two, first baseman Yunier Mendoza (4-2, 2 CA) and shortstop Moisés Esquerré (1-1, HR, LI, CA) who hit a pinch-hit home run in the bottom of the eighth.

The setback was at the expense of the Blues’ starter, right-hander Marcos Fonseca, who did not do badly, since in 6.0 complete innings he allowed four clean and seven hits, striking out three and giving away two walks.

The third baseman and fifth bat of the Blues, Andrés Hernández, was ejected in the game, who angrily protested a very close play in the initial, which was sentenced as out by the referee.

After accumulating five wins in a row, the Piratas de La Isla (5-4) fell to the Tigres de Ciego de Ávila (6-3) with 7×2 blackboardduring his visit to the Avilanian José Ramón Cepero stadium, encountering an immense Yander Guevara (3-0) on the box.

The experienced right-hander walked 7.1 innings with six hits allowed, two earned runs, struck out a batter and gave away a free walk, to add his third victory of the season, the first pitcher to reach that number in the 61 Series.

The Tigers’ first baseman, Osvaldo Vázquez, had a perfect afternoon, going 3-for-3 with a home run and a double included, in addition to two RBIs and a run scored, while third baseman Rubén Valdés (3-1) also had two. For the losers, center fielder Jhony Hardy stood out, 4-2 with a double and a run scored.

Camagüey had a successful debut in its Cándido estate, an excellent opening for Madan

Another team that broke its streak, this time losing five straight setbacks, was the Toros de Camagüey (2-7), who exceeded 7×5 to the Vegueros de Pinar del Río (5-4), in their home debut at their Cándido González estate.

The starter for the Camagüey, Frank Madan had an excellent start of 5.0 innings, allowing only two hits to the Pinar del Rio offense, with no cleans, with three strikeouts and one walk, leaving the game with a 3-0 lead, all runs scored at veteran Yosvani Torres (5.0 EL, 10 H, 3 CL, 1 K, 0 BB).

However, the Vegueros tied the match in the opening of the seventh, supported by the 1-2 offense of the line up, Juan Carlos Arencibia (5-3, HR, 2 CI, 2 CA) and Roidel Martínez (5-3, CA) and Lázaro Emilio Blanco (4-2), also taking advantage of the two errors that the Camagüeyans made to the defense.

But at the bottom of the lucky inning, the Bulls scored the three touchdowns that decided the game and added another in the eighth, while the Pinar del Rio dropped two in the ninth, but were not enough to come back.

Finally, at the Van Troi stadium in the easternmost of Cuba’s provinces, the Indios de Guantánamo (3-6) they won 9×5 against the Villa Clara Sugar Producers (4-4), adding nine hits for eleven defeats, in a game in which no errors were made against the defense.

Two runs in the closing of the second episode, a cluster of five in the third and another two in the sixth, were enough to support the work of the Guantanamo starter Enyer Fernández (1-2), who took his first success of the season, with work of six full innings, eight hits allowed, three earned runs and striking out two opposing batters with the same number of walks.

It may interest you: PESTANO SPOKE about his son’s return to Villa Clara: “It’s a pride to see him catch”

For the oranges, Yeniet Pérez (5-3, HR, 3 CI, 2 CA) was the highlight, also with three hits, including a home run, while Ariel Pestano Jr. went 2-3 with a double and RBI.

It may interest you: LAST MINUTE: Minor Leagues announced an increase in games in 2022

In other results, the Wasps of Santiago de Cuba (7-2) stormed the top of Series 61 after whitewashing Cienfuegos (4-5) 5×0, taking advantage of the setback of the Hurricanes of Mayabeque (6-2), who were surpassed 3×0 by the Holguín Cubs (3-6) to stay 0.5 games behind the indomitable; The Lumberjacks of Las Tunas (4-5) defeated the Hunters of Artemisa (3-5) 7×3, while the Crocodiles of Matanzas (6-2) and the Alazanes of Granma (4-5) did not play this Saturday Well, they already did it on the opening day of the season.

Industriales COULD NOT with the Gallos, Yander was too much for La Isla, Toros and Indios made the cross. Summary Series 61