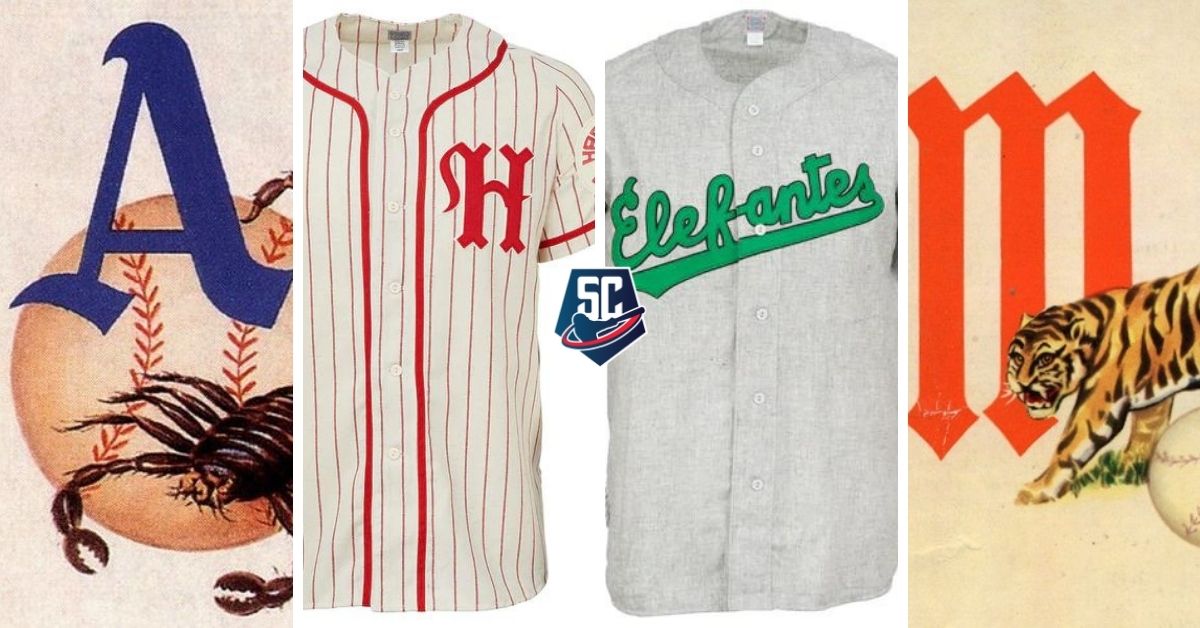 For baseball fans, the Industriales name inspires a number of positive and negative feelings. For the biggest supporters, the reference to the name of the Blues provokes pride, admiration, joy, good memories. For his detractors, contempt, antipathy, admiration (yes, too), hate. And it is that the Industriales have been the team that everyone wants to see win or that everyone wants to defeat.

So, when they began to be called the Lions in an “official” way, perhaps the most direct way of attacking the identity of the most historic team in Cuban baseball began.

Let me explain: the appearance of Leones in the Blues uniform is undoubtedly an attack on the name of the franchise. This has a lot to do with all the structural changes that have taken place in Cuban baseball, and at the same time the almost arbitrary way Cuban baseball managers have had of changing names and distorting the history of Cuban baseball on a whim.

As we well know, the nickname “Leones”—which I am not opposed to, since it would be the same as calling the Yankees the Bronx Bombers—is a nod to the Leones de La Habana, one of the four teams that remained in the last years of the Cuban Professional League until 1960. Likewise, the blue color was practically the inheritance of the Alacranes de Almendares.

It may interest you: Even with notable ABSENCE, this baseball great expanded a story that deserves RESPECT

When the first great expansion of the National Series was made, there were six provinces in Cuba. Each province was represented with its name by the champion of the Provincial Series, and with a name allegorical to the territory by a selection of the best players among the municipalities that did not win. Thus, 12 groups emerged, distributed as follows: Pinar del Río, Vegueros, Habana, Industriales, Matanzas, Henequeneros, Las Villas, Azucareros, Camagüey, Granjeros, Oriente and Mineros.

The Industriales were there before, even before their participation in the Second Series, when they began a chain of four consecutive titles—a mark that has not yet been broken—under the orders of the popular Ramón Carneado. In the I National Series, they simply did not qualify, being eliminated in the Provincial Series.

What is a bit of a contradiction is calling a team Lions of Industriales, when Industriales is not a place to begin with. It all goes back to the fact that for years, the Industriales (and, until their disappearance, the Metropolitans) were the only ones with a name officially recognized by the managers of the National Series.

So, when they finally decided to give nicknames to all the teams in the National Series, they found themselves faced with the dilemma of what to do with Industriales, and without thinking that the most logical thing was to give back to the people of the capital the right to have the name of their province in a uniform, they put the name “Leones” on the alternative uniform where other teams wear their “Vegueros”, or “Cazadores”, or “Huracanes”.

It may interest you: PRESSURE from the Players Association has Cuba ROMANTICING with the Caribbean Series

Where is the problem? Precisely in the fact that Industriales is not a place. It is simply an identifying nickname in this case of Havana. All logic indicates that the name of the team should be Industriales de La Habana, since Industriales is the moniker and the place, obviously, the Capital of All Cubans. What happened with this is that when finally, following the request of countless fans and specialists, they decided to wear uniforms that said Crocodiles, Lumberjacks or Cubs, Industriales was going to keep precisely the same name, when the most sensible thing was to put Havana in that alternate uniform.

It should be noted that there were already two teams that, like the blues, did not have (and still do not have) the correct name of their respective provinces on their uniform, and they are La Isla and Santiago, because in the case of the only municipality with a team in the National Series the name is Isla de la Juventud, and Santiago lacks “de Cuba” in the uniform. So reproaching the Industriales because they were “the only team” that did not have the name of their province on the uniform is totally meaningless.

So what would be the most sensible solution to this issue that can undoubtedly bring much more confusion than clarity? Well, it is really simpler than it seems, and we can safely go back to the Major Leagues using as examples some of the most historic teams of the Big Show and Cuba.

It may interest you: LOOSEN ASERE: Soler hit the LONGEST HOMER of his life and entered the history of the Marlins

The New York Yankees haven’t worn another uniform for a LONG time. In fact, the last time the word Yankees appeared on a Bronx Mules jersey was in 1930. Since then, the legendary Yankees have worn fine stripes with interlocking NY and gray with NEW YORK on their home uniform. arched in front.

On the other hand, since they were still in Philadelphia and throughout their time in Kansas City, the Oakland Athletics have had the presence of an elephant on their uniform and logo. They have never been called elephants, but Athletics or A’s. The history of elephants dates back to 1902, when John McGraw said that the Philadelphia club had “a great white elephant on its hands.” Since then, the elephant has become the symbol of the A’s, and has not been abandoned under any circumstances.

Interestingly, Cienfuegos, which was the only team in the Cuban Professional League that was not in the capital, wore the same green color as the A’s and the same Elephant mascot. That mascot was recovered after its logo was a C-shaped shrimp, and it has remained until today. On the subject, we could refer to the master’s thesis of the late Darilis Reyes, an excellent journalist and scholar of the history of the Cienfuegos Elephants, who did her research dealing precisely with the issue of the persistence of the Elephant and the color green in the a southern team after decades without Cienfuegos having a team at the highest Cuban level.

The most correct thing in this case would be to ALWAYS keep the name Industriales. They are the Cuban Yankees, and the Yankees only wear NY and New York on their uniforms. They don’t need anything more than that, and they are also the only team in the entire MLB that has NEVER carried their players’ last names on their away or home club uniforms. It is not arrogance: everyone has to know them, period. The same thing happens with the Industrialists: you have to hate them or love them, but in any case you have to know them.

So that it is understood what the Industriales mean in Cuba: as a Holguin native there are three moments that have made a difference for me as a fan of the Cubs. The first is not the 2002 title, but when they stayed one game away from qualifying for the Play Offs in the 2013-2014 season. In that last game, the Cubs fell categorically against Villa Clara and my emotion is due precisely to the fact that, already on the field after the defeat, the cheers of “Holguín! Holguin! Holguin!” they sounded like the Cubs had won the championship like in 2002, my second favorite moment with my hometown team. My third was in another qualifying year, 2008-2009, and it was due to nothing more and nothing less than the 6-0 sweep they applied to Industriales, with all the games (three at the Estadio Mayor General Calixto García and three at the Latin American Stadium) broadcast on television.

That is the importance that the Industrialists have for Cuba. You have to see them win or you have to see them lose, but everyone wants to see them. They’re like the New York Yankees, or the Yomiuri Giants, they’re the team to beat, no matter how bad they are. Therefore, ALWAYS keep the name of Industriales on the shirts, and failing that, VERY PUNTAL, that of Havana would be the most accurate. And what to do with the Lions? Well, the same thing that the A’s have done with their elephants: leave them in the logo, or in an alternative logo, or on the sleeve of the uniform.

That would perhaps be the way to preserve the Industrialists with their identity, without losing the nickname of Lions, by which they have been recognized in recent years. Doing so would represent the same as giving Villa Clara back its nickname of Leopards, but this is material for another story.

industrial vs. Lions, what do we call them?