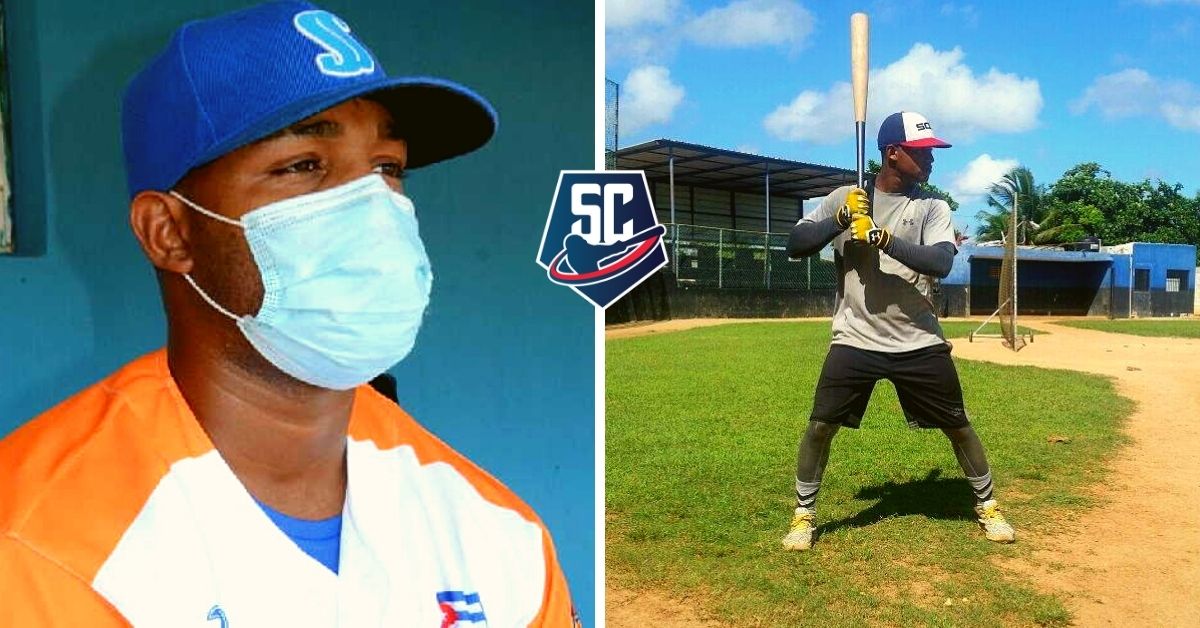 The case of baseball player Alexis Miguel Varona Núñez is one of those cases that lay bare the bureaucratic system in Cuba and the problems and inconveniences it generates in all aspects of Cuban life. The so-called “internal blockade” is not only evident in the economic sphere, bureaucratism, the rally and the lack of urgency in procedures that should not take more than days, and even hours, generate disagreements of all kinds in the Cuban people.

Varona is one of those cases of players who left for the Dominican Republic in search of the dream of the Major Leagues, but circumstances overcame it: “Over there, the emigrants, plus the baseball players, spend a lot of work on the issue of signing, people tell you that there is a team and everything is fine, but then they ask for money and more money and they cut you off, they screwed up my future, so I came back because , young as I am, to stay there without doing anything…; I came here, many Cubans there are abandoned” told the colleague Elsa Ramos from the Escambray newspaperofficial media of the Sancti Spíritus province.

Varona was born in the capital, so on his return he joined the preselection of the Industriales, although he did not count for much for manager Carmona, so when Eriel Sánchez suggested he go to the Roosters team, after seeing him In the training of the sub 23 to the Pan American Junior, the management of the lions did not object to his departure being carried out without delay.

Once added to the Sancti Spiritus preselection, he earned a place on the official list of 32 players, and here the ordeal began: “I arrived in November 2020, from that time until June 16, 2021, I appeared several times at the Immigration Office of the municipality of Cerro, in Havana, but I could not present the papers because everything was stopped due to the pandemic, but that June day I did deliver them, I was the first in Havana to do so, they told me that the procedures would take from six months to a year”, narrated the player.

It may interest you: Wasps took away the Oriental Classic, Crocodiles SWEPT. Summary Series 61

Despite being legal in Cuba, since he had been given a document through which he could carry out almost any task; from taking out the supply book to voting, but apparently playing ball is much more complex and delicate than voting in Cuba, because with said document, which endorsed him as a person in the process of repatriation, he could not officially join the team principal; so he was left in reserve.

Luckily for the baseball player and the team from Sancti Spiritus, the power of social networks is becoming stronger and thanks to the fact that his case went viral in the baseball community of our country, his identity card was in his hands a few hours later. Was it so complicated then to carry out the procedure? Was it necessary to reach those instances for the problem to find a solution?

This young Cuban spent months training without seeing a penny of remuneration, because without his identity document he could not be contracted and therefore, he could not collect his respective salary, which although it is laughable, is more than nothing and is the minimum that deserves a high performance athlete who fulfills his obligations.

It is important to note that the obstacle was not in the Sancti Spíritus Baseball Directorate and that the maximum waiting limit for this legal process, which is ninety days, was also violated. In Varona’s case, more than eight months have passed since he turned in his papers to immigration.

It may interest you: “Granma will be among the classifieds,” assured the hero of the most recent day

In a country with so many needs, limitations and reasons to be angry every day, it is essential that the things that pass through our hands, those that do not need anyone from outside to resolve or authorize, those that do not fall within the jurisdiction of the external “blocking” and if internal; are carried out with the necessary haste and agility and that, by procedures, is even legislated. If Varona had been given her card within the established 90 days, we would not be talking about this topic now and this work would not have been written.

IMPRESSIVE: Player went from Industriales to Roosters thanks to Social Networks