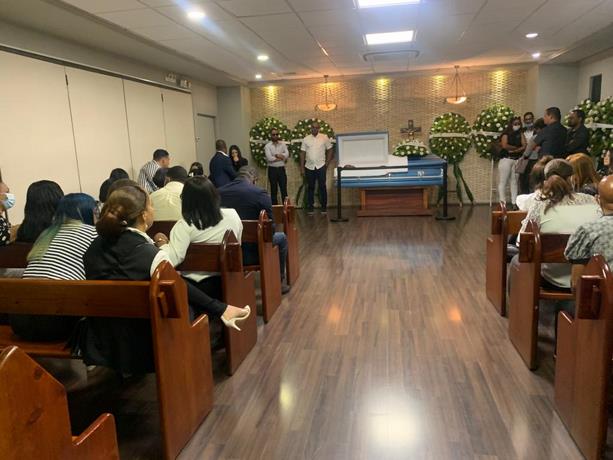 “Odalis, are you feeling alright?” asked her brother Cristian before going to work at 5:15 in the morning.

The question was rigorous.

“All days, before I left I would stop by his room to see him and find out how he had woken up”, says the younger brother, far from thinking that when he arrived at 7:15 on Thursday night he would find him lifeless on the stairs of the home where they both lived in the Los Tres Ojos sector.

“I owe everything I am to Odalis”he expresses while in a vain effort he tries to hold back his tears during the wake that is officiating this morning until noon at the La Paz Chapel, at the Blandino funeral home on Abraham Lincoln Avenue, where several baseball players have paraded, including e stand out Albert Pujols, Edwin Encarnación and Francisco Cordero.

“We are going to remember Odalis Pérez as a jovial personhappy, selfless, but above all as a great companion, “said Encarnación.

Cordero, meanwhile, said that on February 26 they were sharing in the Julio Lugo Softball Classic.

“Look how life is. Precisely, Odalis spoke on that occasion to emphasize that Julius Lugo it lives. Now we are firing him,” lamented the former reliever.

He indicated that both shared a lot when they were teammates on the Lions of the Chosen team at the beginning of this century.

The body of the former Atlanta Braves pitcher, Los Angeles Dodgers and the Kansas City Royals will be transferred this afternoon to Las Matas de Farfán, where he was from and in whose municipal cemetery he will be buried.

Other ex-players who went to the funeral home to say goodbye to the late pitcher were his countryman and childhood friend Juan Encarnación, as well as Esteban Germán, Miguel Batista, Joel Ramírez, among others.

“I owe everything I am to Odalis”: brother of deceased player mourns his death