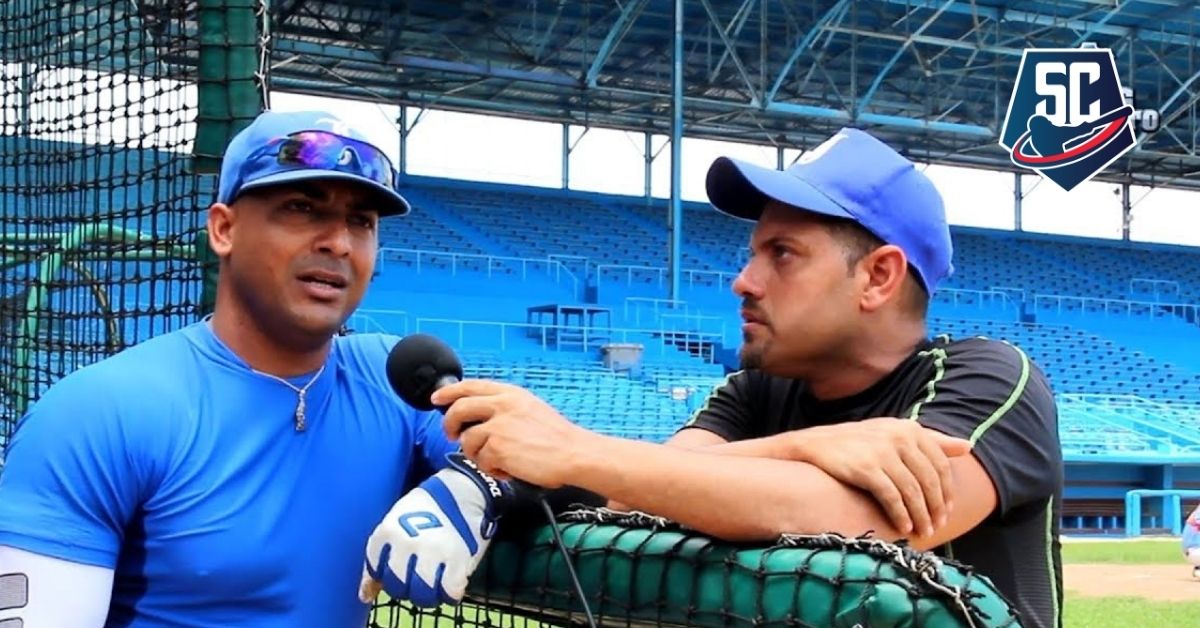 A lot of information is constantly being generated about the losses of players on team rosters without starting the 61 National Series yet. Most of the departures have been with the intention of migrating or trying to dream of signing in the United States, although there have been cases different, either because they left legally or because they made the trip temporarily.

In this last group is the experienced Industriales infielder Wilfredo Aroche. The outstanding left-handed hitter from the capital is currently on the Italian island of Sicily, where he arrived shortly before the start of the 2022 National Series.

What happened with the resident in Guanabo beach, Habana del Este, generated all kinds of comments and even fallacies, according to what the player himself told me.

It may interest you: Industriales player dropped from the 61st Series

“They have said out there that if I escaped, that if I went against the law, that if I am a deserter. Much of what they have put out there is a lie. I have nothing to do with it. I didn’t run away, I didn’t leave illegally, and I didn’t stay here in Italy. I simply had to make the trip very quickly because my permit to stay in this country was going to expire and I needed to renew it for three years as the law dictates”, he made it very clear at the beginning of our dialogue through Facebook.

“I will be in Sicily for one or two months and then I will return to my land where I have my whole family. This was simply part of an urgent procedure that could not be postponed and it was now that I was given the opportunity to travel shortly before the championship began”, the 37-year-old player continued.

When asked if he spoke with the director of Industriales or any official in Havana, he acknowledged that he had not requested the permit because of how quickly everything was given. “I apologize for how everything went, but there really wasn’t time to discuss things live, especially because if some kind of formal process had to be carried out, I was afraid that its delay would make it impossible for me to resolve my legal situation in Italy” , acknowledged that almost from his beginnings in the National Series with the Metropolitans (2008-09) he became one of the most dangerous left-handed hitters in the entire country.

At the moment Wilfredo Aroche does not think about the Italian league that will begin in little more than two months, since his initial goal is to return to Cuba even before the tournament in the European country begins. “When my legal process in Italy is finished, I will travel to my country where I am still a resident and citizen. In the same way that I left, I will enter God willing, because I did not violate any civil law. The mistake that I could have made due to the haste of everything is something that is basically related to the regulations of the Federation and INDER. I tell them and my Industriales team that I am most willing to join when I return to Havana and hopefully a mutual understanding can be achieved to continue playing with my team and in my land when it is determined,” he concluded.

Last year both Aroche and many members of Industriales participated in the different levels of Italian professional baseball with the FCB as intermediary in almost all cases. The player with more than a decade of experience in the National Series and a lifetime average of over .300 (.304 in 13 seasons), also indicated in the exchange he had with this journalist that he has no interest in breaking his contract with the baseball entity of your country.

“Circumstances forced me to act like this but I did not run away from anywhere, nor am I going to stay out of my Cuba, and if there was any illegality it is something that I repeat is in the sports field, not in the civil field. I want to keep playing there.”

Although many think that the third baseman and second baseman for the Blues was not going to be part of the starting lineup at the beginning of the contest, Aroche’s utility as a hitter and wild card has been habitual and prominent. And in the new season that shouldn’t change too much based on what he still has to give at the current level of Cuban baseball together with the excellent preparation he told me he had done. It is evident that even when a future understanding can be reached between him and those who direct baseball in the province and the country, his chances of being on the Lions’ payroll for the campaign that begins this Sunday the 23rd are almost nil.

It may interest you: Results of Wilfredo Yasel Aroche in Cuban baseball

In any case, and depending on his intentions and the legal and real situation of his status, Aroche can return to Cuba within two years without encountering the same obstacle as others who, unfortunately, are on a special list without access to the island. for a long period of time. As for playing again, it will depend on other factors, although we have seen the innumerable cases that went as far as illegal and today they are back in the National Series. Therefore, I think that in the case of the protagonist of the article it should be even easier in theory.

“I apologize for how everything went, I did NOT run away, I did NOT go illegally, I did NOT stay”, clarified a prominent player from Industriales