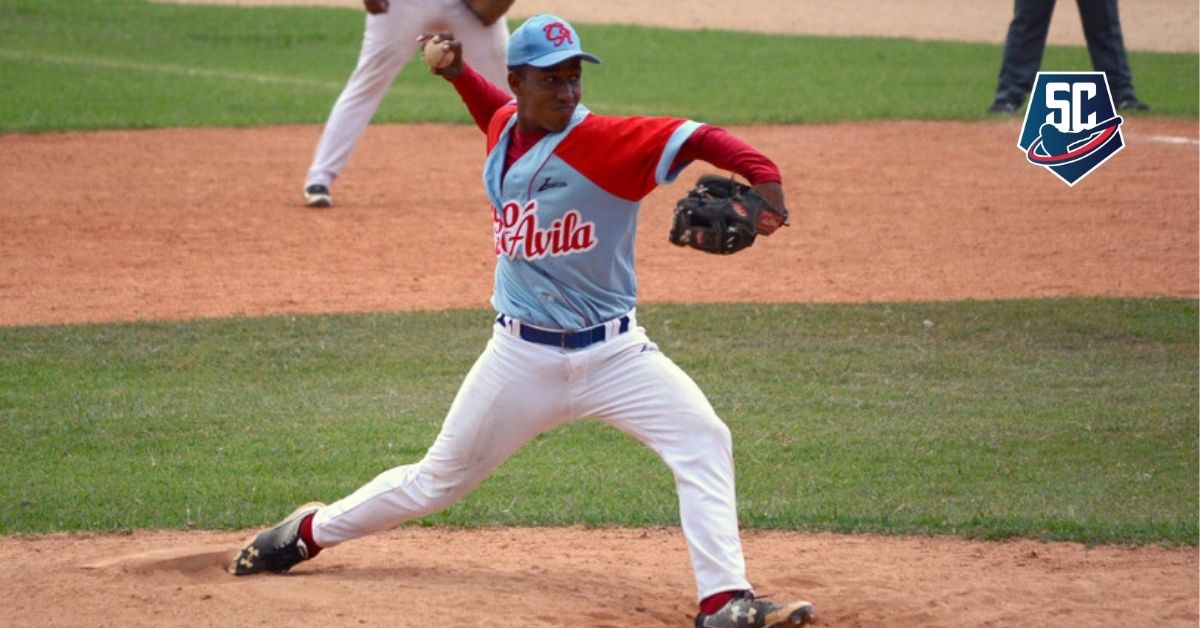 At the end of the matches this Saturday, February 26, the Avilanian reliever Yosvany Avalos He was tied with four other pitchers for second place in saved games with a total of five, in this 61st edition of the National Baseball Series, a department led by the talented closer from Santiago, Luis Fonseca, who has already accumulated eight.

The fast firefighter of the Tigres is participating in his second season in Cuban baseball, after debuting in the 60 Series with performances in 28 games, all as a reliever, balance of 1-2 with seven saves, average ERA of 3.49, WHIP of 1.43 and a rival batting average of .240, with 22 strikeouts and 29 walks, five of them intentional, numbers that put him squarely in the fight for Rookie of the Year.

So far in Series 61, Ávalos has already accumulated 7.2 innings of performance in eight games worked as a reliever, with a win and a loss in addition to the five salty games already mentioned, with a clean average of 4.70, a WHIP of 1.49 and opponents are hitting .259 against him, with seven strikeouts and four free walks.

The talented 22-year-old pitcher was a member of the pre-selection of the Cuba Sub 23 teams that participated in the category World Cup in Mexico and the I Junior Pan American Games in Cali-Valle 2021, in addition to be designated as the best athlete of the month of January 2022 in his province of Ciego de Áviladue to his excellent appearances in Series 61

During the visit of the Tigres de Ciego de Ávila to the Latin American stadium for their particular commitment, Ávalos He was interviewed by the journalist Evyan Guerra, to whom he offered statements about his results and aspirations.

It may interest you: OF INFARCTION: Villa Clara left Santiago to the field, Matanzas WAS CRUSHED by the cellar. Summary Series 61

“Joining the preselection of the Cuba Sub 23 team has been a good experience that has helped improve every detail that I lacked as a pitcher and looking for a way to be connected as little as possible,” said the pitcher. “My main weapon is the fastball, but I also throw the slider and the splitter,” he added.

«I consider myself a daring pitcher and more because my team has confidence in me. They characterize me as a handsome pitcher and I believe it. I know my responsibility in the team but it is not something that can prevent me from getting good results in the series. Let them count on me that I will give more, ”said the young Tigres firefighter.

It may interest you: BY PROVINCE: Havana contributes MORE PLAYERS to MLB, reported Romero

Ávalos ended the brief interview by sending a message to the team’s followers:

“I ask you to always support me and even if one day it goes wrong, don’t be daunted because Yosvany Ávalos will be here for a while”

“I am a handsome pitcher and I believe it”, confessed talented Cuban baseball pitcher