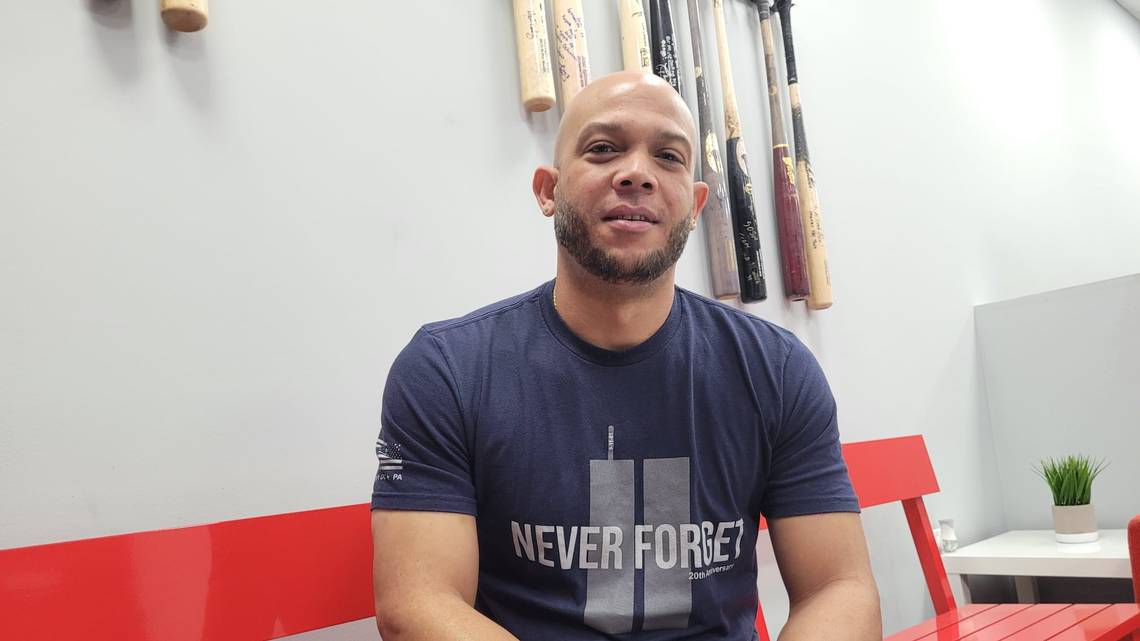 Yadiel Hernández arrived a little late to everything, but at least he arrived. His goal now is to stay. After two portions of seasons with the Nationals, this Cuban baseball player works hard this winter to arrive in optimal conditions when and how spring is, although things do not give reason for hope.

Matancero who reached the National Series and the main team of Cuba without passing through the usual categories, Hernández will return to the ranks of Washington with the same passion of someone who has not won anything and must impress his superiors. Don’t stay for him.

How are you doing this winter with everything that is happening with baseball?

“I had plans to go play in Mexico in the winter. With this controversy between the players and the MLB, I decided to stay calm at home and prepare hard for the next season.

Have you done anything different in these months?

You already have two seasons in the Majors, do you feel that you belong?

“Yes, of course, unofficially it’s not two years, but I always say that you have to keep fighting, fighting because you never know. I impose myself to support myself, I am working and here we go with the team and the boys. All keep working hard. I do belong, but one cannot be trusted.”

Do you go into the spring with the mindset of earning the position or are you sure?

“I always go with that I have to earn a position, because you never know. I go there and maybe there are many new firms. It is not that I have a contract or do not have a contract. If I had a secure contract I would prepare myself and dedicate myself to the season. I am a player who is in an up and down. I have to be ready all the time to be on top.”

A player who is on the ups and downs, what does that phrase say to you?

“It is difficult, it is difficult but you have to understand it. It is part of the process. It’s complicated, difficult for me for my age, but it was what touched me, I have to fight it to secure my space”.

How do you see the team for this year?

“They are making good changes, they signed a lot of prospects. I don’t know now the firm they will do after this happens. But the same boys do stay, those kids show promise, they have a future. We have to wait to see how the team presents itself and I do think there may be a chance”.

“Clear. Last year there was Yasmany Tomás. I remember that they told him to go to triple A and he decided to leave, that he wanted to be calm in his house with his family. I told him: “don’t go, don’t go,” and then, after he left, the changes came and people who were below him came up and he could have been with me there.

What advice would you give Rusney?

“He says that what he wants is the opportunity, the opportunity to be playing in triple A and earn his spot. I hope that if he makes the team, congratulations, but if he doesn’t make it, that he stays strong, with a positive mind, waiting for the moment”.

How much has Yadiel Hernández changed from Cuba to the Major Leagues?

“I think that a lot, what maturity is, will be because of age or because of what one learns along the way. The path from the Minors to the Majors. I think I’ve changed too much.”

“When one comes from Cuba it is like something strange. Here one is educated and is entering the subject of business. At first it’s very difficult It shocks you: ‘Damn, but why, if I’m better than that…?’ Things that one does not understand because it is a business. So I think maturity is what has changed me the most, I’m calmer, more patient.”

What is the goal for this next season?

“My goal is to start playing and try to stay the whole season. Having already played for even one day is the biggest dream in the world.”

I am a baseball player who is up and down, but the goal is to stay, Cuban outfielder reveals