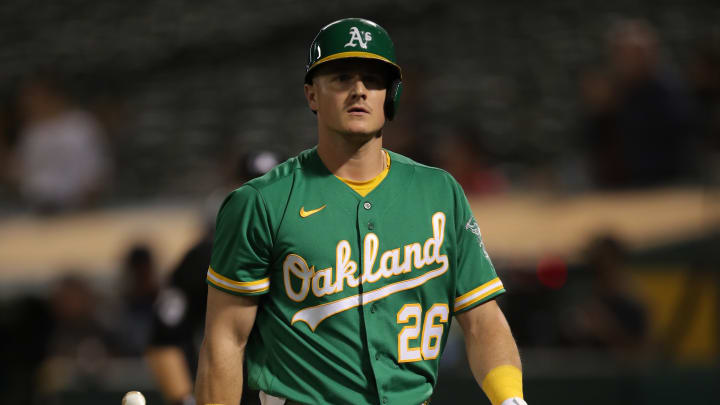 The New York Yankees continue to think of alternatives to add for the 2022 season of the MLB and a candidate to join the New York organization is Matt chapman.

Faced with the possibility of an agreement being reached with the Oakland Athletics to transfer to third base, the idea they have in New York is that he takes care of shortstop, a position in which he can perfectly perform but does not have much experience.

As a shortstop, Chapman has only played 10 innings in his major league career.

Chapman comes last season from winning his third Gold Glove as third baseman, being one of the best defenders in the league since his debut in 2017. In addition to being selected to the 2019 All-Star Game, he has two Platinum Gloves on his record. .

As an offensive player, he has proven to be a very productive piece, since beyond not having great averages at the plate, already in 2019 he demonstrated his ability to get more than 30 home runs and 90 RBIs in a season.

This will facilitate their inclusion within the Yankees lineup, having the necessary power to clear bases, performing efficiently as fifth or sixth in order, interspersing positions with Aaron Judge and Giancarlo stanton.

In that vein, Chapman would not only have the backing of a much more solid team in terms of attack, but if he stays healthy he could even have one of his best seasons in offensive records.

Given his potential arrival, the Yankees’ defensive team would be made up of DJ LeMahieu at first base, Gleyber Torres at second, Chapman at shortstop and Gio Urshela would be the complement at third base.

There is still much to be defined about this possibility, but several reports confirm that there have already been conversations between the two organizations, so it is surely not that far from being a reality.

How would the Yankees draw and lineup with Matt Chapman?