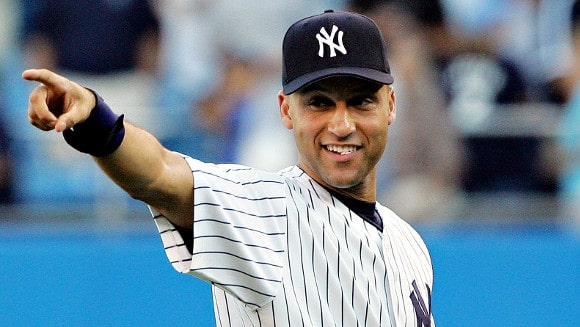 The ex-player of the Yankees from New York, Derek Jeter, had a brilliant and storied career in the Major League Baseball – MLB and after 16 years as a professional we will show you how much money was the livestock for this ex-shortstop who is in the Hall of Fame today.

Derek Jeter, who could easily be classified as one of the best shortstop in the history of the Major Leagues, marked a truly legendary career as a professional, having great talent and being a reference for years for the New York Yankees, a team he defended for 16 years and with whom he paid all his contracts, the same ones that led him to earn money and with whom he is surely currently living in a calm and comfortable way.

From 1995 to 2016, Jeter defended the Yankees in the MLB, being the captain for years, having a career worthy of the Hall of Fame for his conditions on the field and as they say, talent is worth money and this organization always does. knew, giving him important agreements so that today in retirement he can enjoy good things, even that money led him to continue linked to baseball, since he invested in the Miami Marlins.

How much money does “El Capitan” have from MLB?

Jeter debuted in 1996 with the Yankees, enjoying an extraordinary career, where he was classified as one of the best baseball players in MLB and according to the Baseball Reference portal, his lifetime income from baseball was of $ 265,159,364.

How much money did the great Derek Jeter make in the majors?