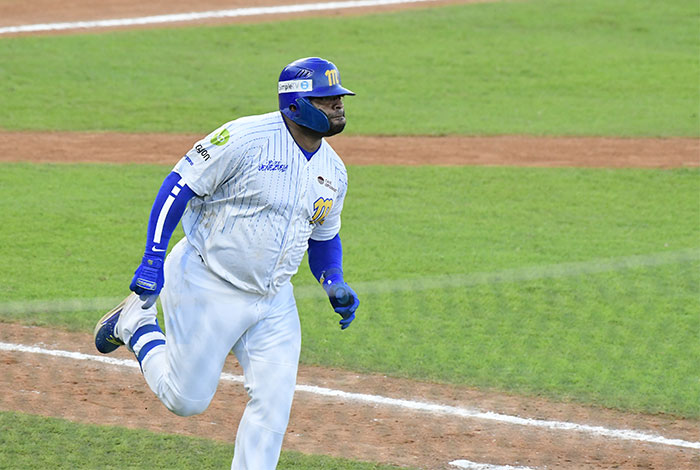 the experienced Paul Sandovalwas one of those players who provided brightness in the last 2021-2022 season of the Venezuelan Professional Baseball League (LVBP) and then we will tell you how much it was money livestock for this player with the team of the Navigators of Magellan.

Being without a contract in the Major Leagues allowed Pablo Sandoval to return after a long time to play in the uniform of the Navegantes del Magallanes in the Venezuelan Professional Baseball League, being one of the most experienced players and due to his profile, career and In addition, he earned a fairly lucrative salary from his team.

How much did “El Panda” earn in the LVBP?

According to information from a reliable source, who preferred that we remain anonymous, Sandoval during the last campaign of the LVBP, where he was also champion with Magallanes and played his first Caribbean Series, had a monthly salary of around $30,000 (K) dollarsundoubtedly an interesting and juicy amount compared to other players in the league.

In the Venezuelan League, the salaries of the players depend on various factors, including age, performance, previous performance and projection, which is why “El Panda” enjoyed a salary of that amount, due to his professional career, titles both in the LVBP, like MLB, numbers and others, was without a doubt the most successful and renowned player that we saw this year in Venezuelan baseball.

Pablo Sandoval played from November to January in the LVBP and then a little in February in the Caribbean Series, we could round up to three months of work, for the amount mentioned, it was an income between $80,000 and $90,000, money that is added to the $114,616,750 that has been generated so far in Major League Baseball.

During the elimination round, “El Panda” played a total of 28 games, where he had 33 hits, 11 doubles, a home run, drove in 19 runs and scored 17, leaving an average of .314, without a doubt, some brilliant numbers for a player who had not played in the LVBP since 2014.

In the “all against all”, this player from Magallanes played a total of 12 games, giving nine hits, one home run, eight RBIs and left an AVG of .191, here he did not leave a bit to be desired, but his team qualified for the Final and in this instance he took his class.

In the Grand Final against Caribes de Anzoátegui, Pablo Sandoval was the designated hitter for Magallanes during the seven games connecting a total of eight hits, two vital home runs, six walks, the same number of charters and runs scored, leaving a high average of .348 and an OPS of .1.109.

“El Panda” Sandoval played each and every one of Magallanes’ games in the Caribbean event, having in the qualifying round a total of seven hits, one home run, two RBIs, the same number of walks, three runs scored and a .350 average in 20 at-bats. While in the semifinal game against Colombia, he hit a double and averaged .250.

How much money did Pablo Sandoval earn in the last season of the LVBP?