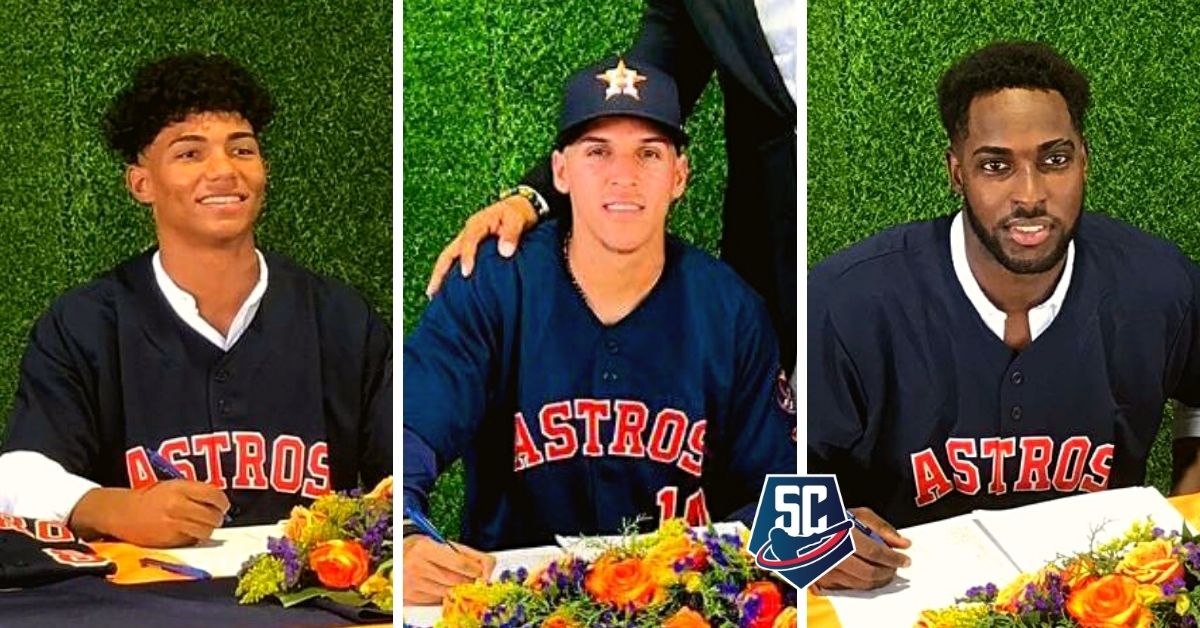 The reigning American League champions, the Houston Astros, were not far behind at the opening of the international signing period and agreed to a contract with 15 free agents, including three Cubans, center fielder Kenni Gómez, just 16 years old, shortstop Alberto Hernández, 17, and right-hander Carlos Espinosa, 20.

Undoubtedly, among the trio of Cubans, the most outstanding was Gómez, who was ranked 42nd among the 50 best internationals in MLB.com. This young outfielder, born in Granma and with a height of five feet and eleven inches, signed a contract of 770,000 dollars according to reports Jesse Sanchez at MLB.com.

Kenni is considered a hitter who knows the strike zone very well, misses few swings, uses all the ground to connect and has the added bonus of having good power. On defense, he has speed and a strong, accurate arm, which is ideal for patrolling center field.

Along with Kenni signed shortstop Alberto Hernández from Pino, with a good somatotype, six feet tall and weighing 169 pounds. He hits with both hands and can also defend third base. He is a good runner and has a very good arm. His signing was finalized with a $950,000 bonus.

Finally, the third chosen was the right-hand pitcher from Camagüey, Carlos Espinosa. The lanky 6-foot-2 pitcher has a top speed of 95 MPH, along with a repertoire of curveballs, silders and changeups. He can play as a starter and reliever and his bonus was $480,000. 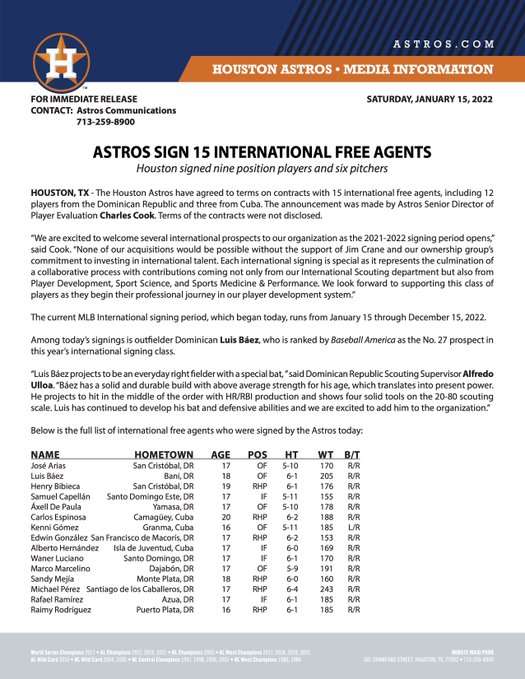 In this way, the Astros invested 2.2 million dollars of the 5,179,700 they spent on the first day in pure Cuban talent, which represents 42.8% of the total. With these three signatures, there are already more than two dozen Cubans in the franchise, including the three colossi of the first team: Yuli Gurriel, Yordan Álvarez and Aledmys Díaz.