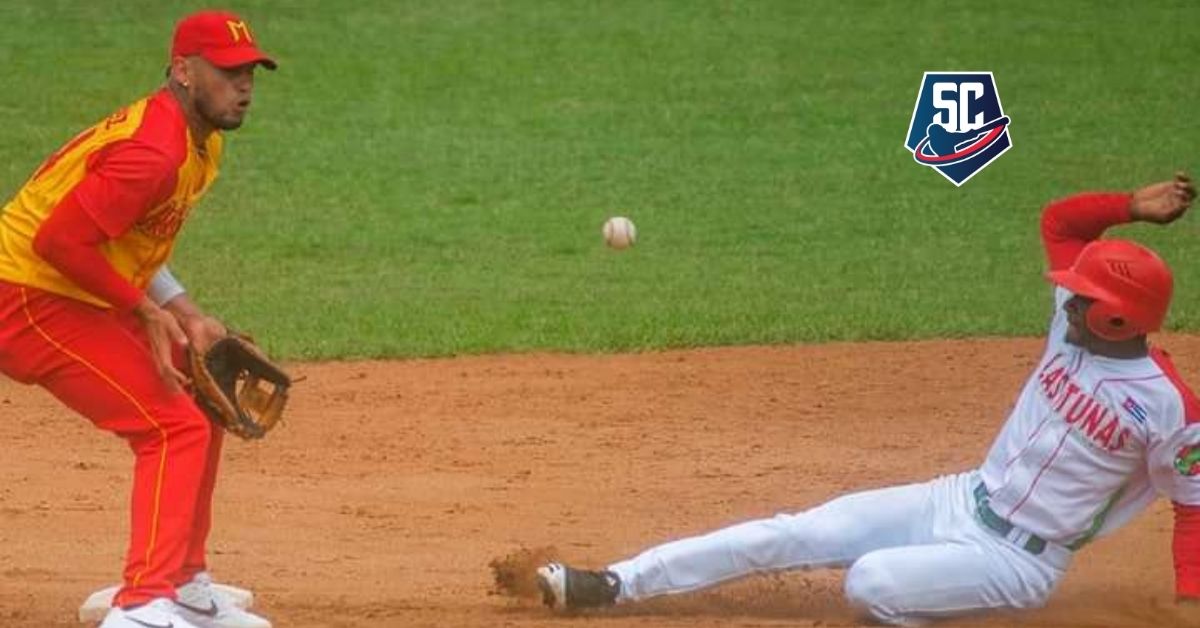 When the great Enrique Díaz was still active, there was no clear heir to the throne of “King of Thieves” in the National Series. “La Bala de Centro Habana” had earned that title on its own merits, with 11 leaderships in this department from 1987 to 2004, the years of his first and last crown as the top swindler in the domestic classics.

After 2004, that scenario of almost absolute dominance by one player changed almost completely, to the point that in the following 18 years – until the 60 Series – a total of 14 different players have been leaders in stolen bases.

In that list, the names of Carlos Tabares, Yohandri Urgellés, José Julio Ruiz, Rusney Castillo, Luis Yander La O, Yurisbel Gracial, Dairon Blanco, Víctor V. Mesa, Lázaro Rodríguez or Yuniesky Larduetthese last two the only ones who have been able to stay in the lead on more than one occasion.

Of all of them, the most striking case is that of Larduet, the only one who has truly claimed the title of best stealer of the Cuban classic of balls and strikes, vacant since Enriquito’s retirement a decade ago.

It may interest you: IN DANGER one of the most important records of Cuban baseball

The player from Las Tunas was the best stealer in the Series 57, 58 and 59, three titles in a row that constitute a record for the classic Cuban baseball players, since only two other players in history have also achieved three or more consecutive leaders in rackets: Antonio Jiménez (1971 -1973) and Enrique Diaz (1993-1996).

In the 57th edition of the domestic classic, the Lumberjacks’ leading man stole 23 bases and was captured 12 times. In the following contest he achieved his best historical numbers with 33 steals in 45 attempts, while in Series 59 and 60 he added 21 and 25 steals, respectively.

Larduet has been the most consistent of the Cuban baseball players in terms of steals during the last five years –including the playoffs and the current 61 Series–, a period in which he has accumulated 113 steals in 156 attempts, for a high 73.4% effectiveness rate. Thanks to those numbers. is the active player with the most stolen bases (174) and ranks 19th all-time, not far from being included in the select club of 15 men who have recorded more than 200 steals.

But the Lumberjack patrolman is not satisfied. This Sunday, in front of the Crocodiles of MatanzasLarduet activated the turbines and literally destroyed the young catcher Andrys Pérez and the left-handed pitcher Yoanni Yera, who could not find formulas to put him out in any of the six opportunities he attempted the steal.

Before Sunday’s matchup against the Leñadores, Andrys Pérez had captured 37.5% (six of 16) of the men who had tried to steal from him, below the championship average of around 42%. Now, after the Larduet massacre, his average has fallen to 27.2%.

The party began in the same opening chapter, when the player from Las Tunas hit a single to the right and anchored in the initial. With Andrés Quiala in the batter’s box, the renowned 56 player from Las Tunas stole second and then repeated the operation towards third with Yordanis Alarcón in the offensive box, to later score by Yosvani Alarcón’s two-run double.

The script was almost identical in the third inning: Larduet unstoppable in the middle and stolen second and third with Quiala at the plate, to score later on an RBI single by Yordanis Alarcón.

In his next at-bat, the Lumberjacks’ outfielder failed to fly to left, but in the seventh inning he returned to walk and stole second and third again, although this time he couldn’t go through the register because, with two outs, Quiala was retired with a fly ball.

Larduet was on base on two other occasions, but both times he had a runner ahead and was unable to attempt the steal. In any case, the two runs he scored were important for the Leñadores in their duel with Matanzas, since they won by a minimum margin (4×3) in extra innings.

Apart from that, we cannot ignore the fact that Larduet was on the verge of achieving a historical record, because no one in more than 60 years of the National Series has achieved seven frauds in the same game. What’s more, the last time anyone achieved such a performance was almost 30 years ago.

As you read it, Larduet has equaled the record of six robberies in the same game, held by José Antonio Estrada, Ermidelio Urrutia and Víctor Mesa, who achieved it between the late 1980s and early 1990s. from Henequeneros, was the first to achieve it on November 5, 1989, when he stole six bases from the Citricultores catchers during a clash in the 29th National Series.

Estrada broke that day the mark of five scams in a game that Reinaldo Isasi and Félix Isasi, and Antonio Jiménez from the capital had since the late 1960s. After Matanzas, Ermidelio and Víctor also stole six bases in the same match, but in Selective Series. The man from Las Tunas did it with the Mineros jersey on March 26, 1991, when they faced Agropecuarios, while “La Explosión Naranja” achieved it on April 15, 1992 in a lawsuit between Las Villas and Camagüeyanos.

Larduet has then equaled a brand with more than 30 years of validity, which we must highlight in all the headlines. In addition, he caught up with Francisco Martínez from Santiago and Eliseo Rojas from Pino as the top stealers of the 61st National Seriesall with 11 scams.