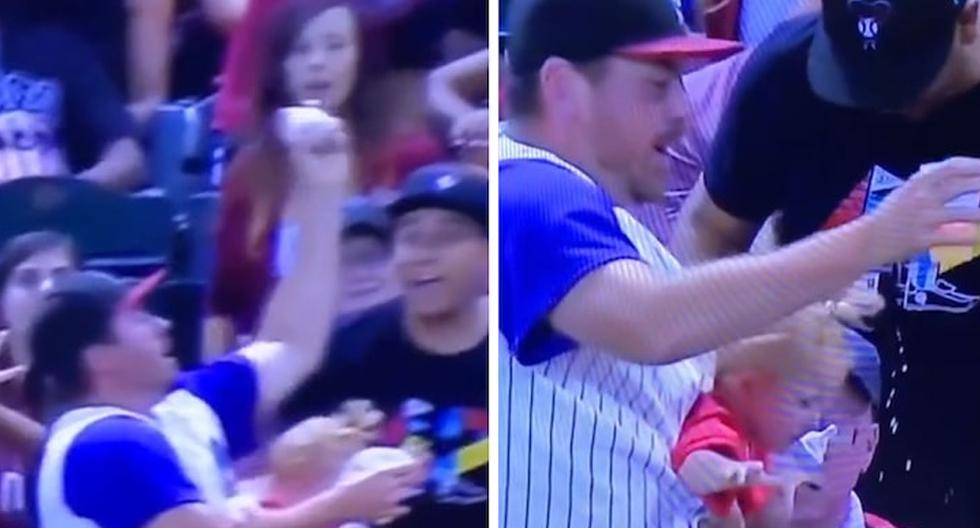 A dramatic moment was lived in the middle of the game of Baseball when a father made an incredible catch while holding his baby and a beer during a baseball game … and neither of them falls! Although he almost let go of his son for doing that feat.

The footage of a man catching a ball while holding his baby and a beer is a bit harsh for some.. Release a child while catching a ball in the air can be considered a huge irresponsibility on the one hand.

Still, many have considered that the man had an incredible reaction in the footage. This dramatic moment took place during a game of the Diamondbacks from Arizona on Phoenix

This is the most amazing dad shit I’ve ever seen. Dude let the baby go, caught the ball, recovered the baby mid air, only spilled a drop of beer and the baby didn’t drop the bottle.
Legendary! pic.twitter.com/b25m1gNX5v

Celebrating the remarkable feat of their coordination, the father raises his arms high, holding to the baby, the beer and the ball in triumph. After all, it is not every day that a man catches a ball while holding his baby and one beer.

It is true that he spilled a small amount of his beer during his actuation in the blink of an eye, but it is still a very impressive display of skill, although somewhat risky.

The video in Twitter that went viral in a short time has accumulated more than half a million likes and more than 11 million views. Although now the man must explain to his wife why he let the baby go in an instant and not put down his beer, he can celebrate his triumph with many fans of the Baseball. 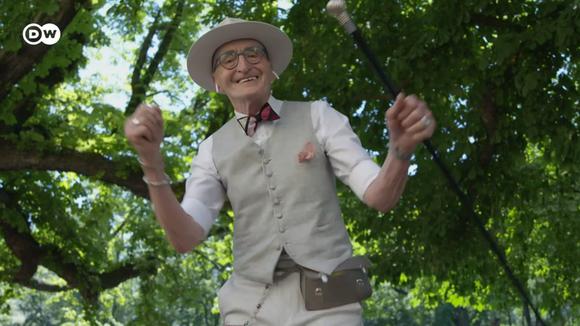 This grandfather went viral and today inspires thousands of people on social networks. Günther Krabbenhöft is 76 years old and is a lover of house music and techno. In 2015, a photo of him went viral and launched him to fame.