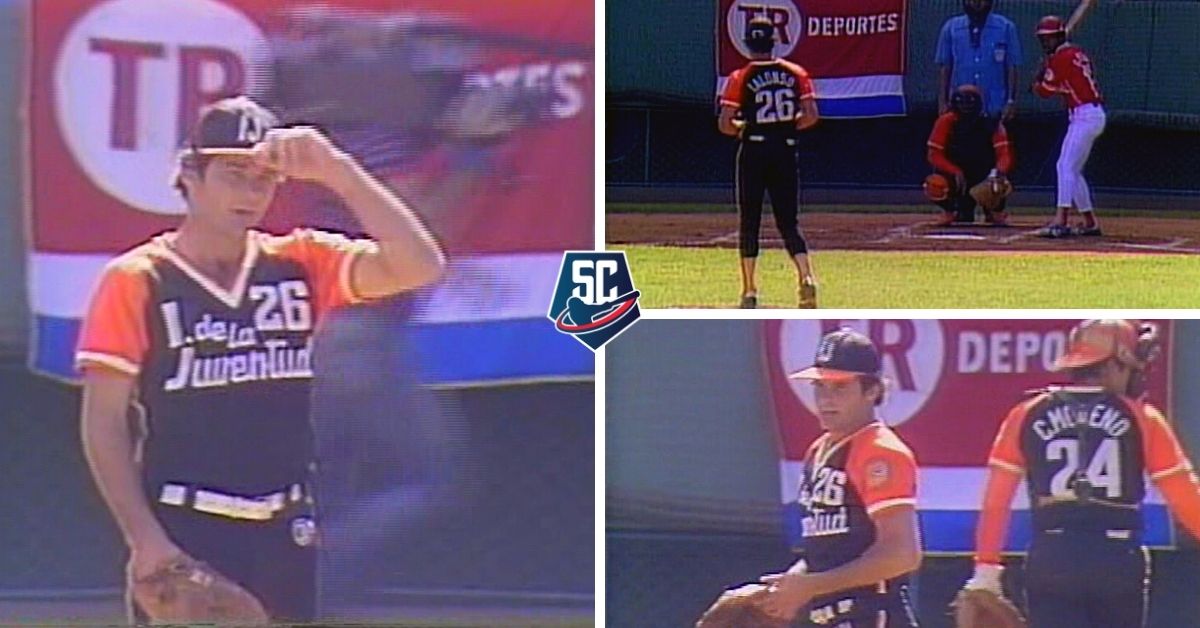 None of us wish to die under normal circumstances. That’s clear. But if we had the opportunity to choose, it is obvious that we would never want to have an end like the protagonist of this sad and heartbreaking article.

It is not such recent news but neither does it belong to the distant past. The fatal outcome occurred last December without any information being issued. That’s why as soon as they told me I decided to write about the subject as a posthumous tribute and to share in passing the real reasons for the almost absolute anonymity of former left-handed pitcher Israel Alonso.

There were several factors that influenced the silence after the death of this man, who lived his last moments of life affected by alcoholism, loneliness and a painful illness that ended up sentencing him.

Israel began in the National Series with his native province of Matanzas, with his debut in the 1980-81 season wearing the Henequeneros uniform and there he remained until, by personal decision, he “emigrated” to Isla de la Juventud for the 1984-85 campaign. His debut with the Pirates could not have been better if we take into account that he was only surpassed by Justo López in total wins (4) in a squad that at that time was the worst in the entire Series. Already in the “Athens of Cuba” he had had good performances in the black team, highlighting the 1982-83 (5-2, 2.06) and 1983-84 (2.55) matches.

It may interest you: LAST MINUTE: Prominent national champion and founder of the first team in his province passed away

Alonso became for several years one of the main figures of the Pinero staff. He also participated in several Selective Series with Matanzas and Agropecuarios, and with the latter he participated in his debut year in this type of contest (1986).

The left-hander had a rather peculiar leadership in the 1986-87 season. He was the pitcher with the most intentional walks of that fair (9). A year earlier he had been the most punished in terms of hits with a total of 134, the same season in which he achieved his record number of victories with 5.

After retiring from active play after the 1989-90 season, Alonso was associated with baseball as a coach until he completely disassociated himself from the sport. He worked for a long time in team number 3 of the town of La Fé, the second most important population center of the former Isle of Pines.

Most of his teammates and players in general lost frequent contact despite the relatively small geography of the so-called special municipality. Only a few knew about him, but unfortunately such news or encounters were quite painful.

It may interest you: DRAMATIC AND REAL: “Those were the hardest hours of my life,” said Cuban baseball player who almost died at sea

One of those was former gardener Yoanis Pérez, a member of the Pérez family, who in fact gave me details of the final stage of his life and what happened around his death.

“Israel got into the world of drink and little by little began to suffer a process of physical and moral degradation. He was seen in the street in very bad conditions and everyone began to turn their backs on him. He lived alone in his house of Faith and his daughter visited him sometimes, but he couldn’t control himself and he didn’t let them help him either. I didn’t want to work at anything, just be in that life,” the youngest of the Pérez brothers told me via messenger.

Felix’s uncle, a star outfielder on the Caribbean professional circuits, told me that one fine day they found him at home with a very bad physical appearance and they had to take him to the hospital. «He was in terrible condition, with a considerable oral infection and also in a good part of his body. Juan Carlos Calvo tells me that he coincided with him at the Battle of Baire hospital at that time, that the doctors did not allow them to visit him because of the strong stench there was. He did not last long in that place and died a few days later. A really tough ending,” Yoanis said.

It may interest you: SOS: Well-known Cuban former baseball player and referee asked for URGENT help for his sick mother

Death had won the battle for Israel Alonso, more than any of the hitters who dominated him in his decade-long run as a pitcher in the National Series. It was a chain where demotivation, alcoholism and loneliness added a fatal disease as a coup de grace when he was around sixty years old.

No one is a judge to question the mistakes of others, much less this type of problem whose origin can be even more complex. Unfortunately the worst happened and with that there is no remedy.

There can be many lessons, hence the importance of sharing some of these details, and relying on the testimonies of Yoanis and Juan Carlos Calvo himself, to make a new call to the sports authorities of this and other territories of the country that many times they have a treatment far from what these figures deserve. Especially when they are plunged into crises as serious as the one that plunged Alonso.

It may interest you: SAY WHAT? From stardom in Cuban baseball to success as a plumber

We can only pay tribute to him that although it should have been in unison with his departure, at least the contribution he had from the sports point of view as an athlete and as a coach is not completely forgotten. At least he already rested from a life that in his final innings brought him a lot of discomfort.

HEARTBREAKING: Died in the worst way known left-handed pitcher of the National Series