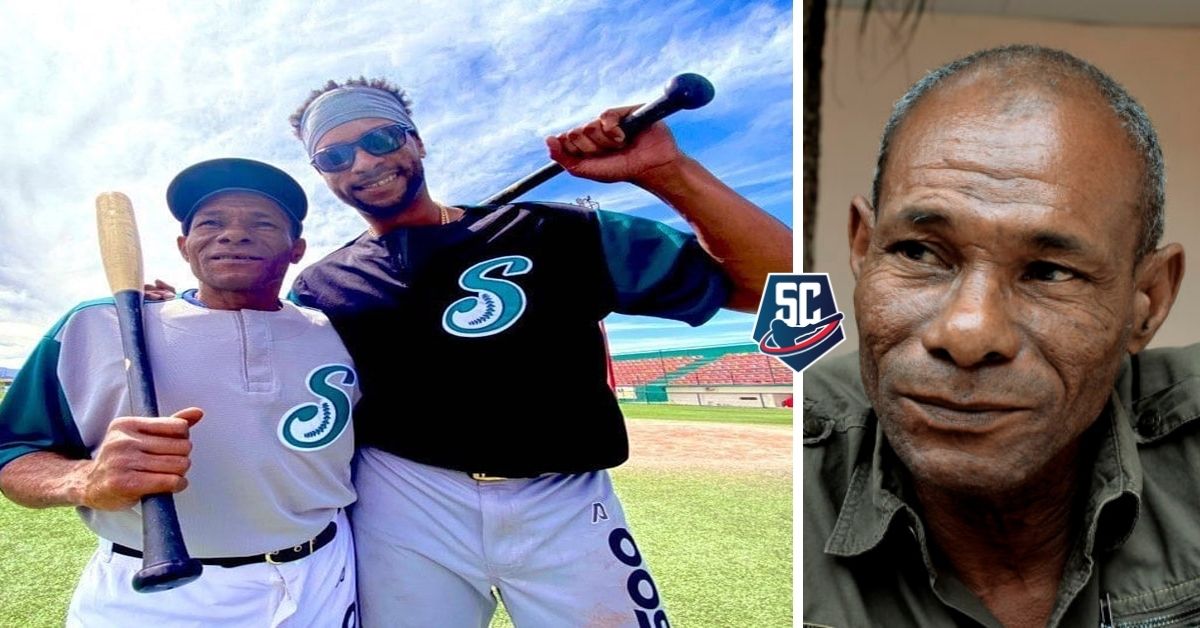 A few hours ago it was commented in some spaces of the social networks that the legendary former gardener from Las Tunas Ermidelio Urrutia was forced to undergo surgery for the third time for not being able to fully recover from a delicate illness.

The Swing Complete team communicated directly with his son Henry, who clarified the situation around the 1992 Barcelona Olympic champion, one of the most beloved athletes in the Tunas province and why not at the national level as well.

It may interest you: Pedro Medina returned home after a medical complication

According to the data provided by the former major leaguer and still active in Caribbean baseball, Ermidelio had to be transferred to the Cuban capital to carry out a more in-depth study of the difficulties he has been facing in his bladder and that he has already been twice taken to the operating room. Of the two operations, the first was with the traditional method and the other with minimal access using laser without fully satisfactory results over time.

For a few days Ermidelio and his wife (mother of Henry Urrutia) have been in Havana at the Hermanos Ameijeiras hospital.

The decision to travel to the West of the country was made by the family and the objective was to seek a second medical opinion after the reserved prognosis of the Las Tunas doctors.

This Thursday he was taken to the surgery room, but not to be operated on, since he is still in the study process to determine what the steps to follow would be.

“They are doing several tests in Havana during all these days, some of them with general anesthesia to know what is happening and what is most convenient in terms of treatment,” said Henry.

It may interest you: Cuban major leaguers and legendary countryman praise Rivera after his record

The outfielder himself, who is still shining in professional baseball, made a special request to people who know about this problem and are interested in it. “I thank you for your concern for my dad’s health and now I ask everyone to ask for my dad to be in his prayers so that all this can happen,” said the 2022 Dominican baseball champion.

Ermidelio is 58 years old (he was born on August 25, 1983) and has enjoyed good health for much of his life. For many people from Las Tunas and Cubans in general, he has been the most symbolic figures that its provincial territory has had for several considerable reasons, even above others of great level such as his cousin Osmani, as well as Joan Carlos Pedroso, Danel Castro, Félix Núñez and José Miguel Báez, among others.

After his indisputable importance as a player, he was linked in a leading role as a coach with his province. He was a manager in two different stages and was the first to classify the Lumberjacks to playoff. Although he is not part of the current management body of the Lumberjacks, he has remained linked all the time with the squad in one way or another.

Needless to say, we will keep abreast of how this health process evolves with Ermidelio, whom we wish to come out ahead of this difficult battle that has put life on his path.

It may interest you: the brotheranus of Omar Linares and his fight against the ghosts that cast a shadow over his life