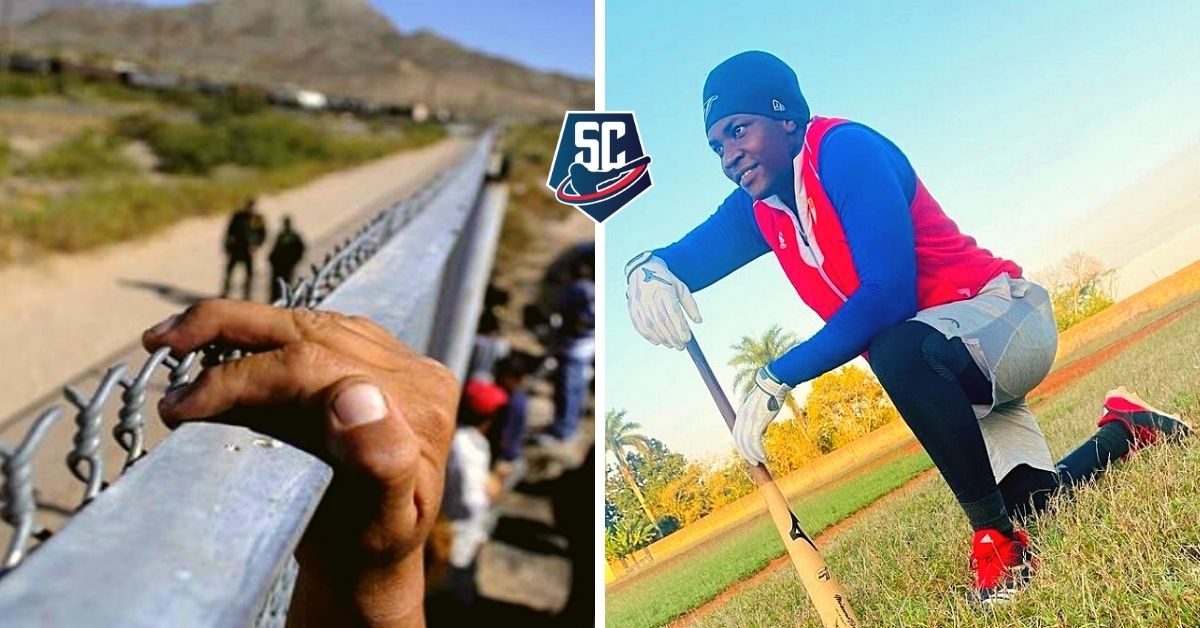 Cuban baseball has not been oblivious, as is logical, to emigration, a social phenomenon that is experienced on the Island, which has increased in recent times due to the worsening of its economic situation. In the case of baseball players, most have access to US territory after obtaining a work visa in a third country after signing with one of the Major League organizations.

But that was not the case of a member of the Crocodiles of Matanzas until the 60th edition of the National Series, who after legally leaving Cuba arrived in Mexican territory with the aim of crossing the border and accessing the United States. The same modus operandi that after the repeal of the “Dry Feet Wet Feet” Law and the closure of the American Embassy in Havana became practically the only way of entry into that country for that majority without a visa.

The Cuban baseball player who recently managed to cross the border was Dariel Polledo Aballí, who achieved his goal with his girlfriend, according to the Cubalite website.

It may interest you: He arrived in Miami looking for a talented pitching agent and trainer for Industriales and Matanzas

The young outfielder was about to make the Villa Clara roster for this 61 Series, after receiving the authorization letter from his province of origin to play with Pedro Jova’s Sugar Leopards.

After training for several weeks with the Villa Clara preselection, on January 5, Provincial Commissioner Ramón Moré announced that Polledo had been discharged due to health problems. The real reason was not revealed until very recently when the athlete made his arrival in the United States official.

Dariel had not had many chances to play with Matanzas, although to be fair, it is valid to point out that he could not stand out when he received the chance to play.

It may interest you: “Don’t go down the wrong path. Everything is fine”, clarified Puig live on Instagram (+VIDEO)

According to the DLR article from the renowned digital space, the player served in 34 games in the 2021-22 season with 117 official shifts to the offensive rectangle. He hit 40 hits with a total of seven extra-base hits (3-3-1) with 12 RBIs and an appreciable number of runs scored (38) for the number of games in which he was present. He reached first base on the concept of a base on balls on 24 occasions while in 13 he was retired by way of the strikes.

At 24 years of age, that had been the fourth campaign at the highest level. He had previously been there since the 2015-16 event, although in that intermission the most important fair of all for the Crocodiles was lost, as was undoubtedly the 59th Series in which they won the Cuban title after defeating the Bulls in the final. from Camaguey.

The member of the Peña Martín Dihigo Reinaldo Guevera refers that the best he accumulated in that time was his OBP (.393). The rest of his metrics were unimpressive, with an offensive average of 223.

His greatest highlight was achieved in the under-23 category, and in the last version of the four that he was present he was awarded the Gold Glove as one of the three outfielders with the best defensive behavior (2019).

Polledo’s sports scene is quite complex compared to those who arrive in a third country. Like all those who stay in the United States and then seek a signature with an MLB organization, the situation is fundamentally different from those in the Dominican and Mexico.

But nothing is impossible because although it is true that he does not have the fame of others and would be entitled to a Major League contract when he is 25 years old, he is still on time in terms of age. That he will take the minimum wage, that is a reality that will always be much better than not achieving anything.

Everything will depend on the good work that your agent does and especially what Polledo is capable of doing in his preparation and when it comes to demonstrating his talent to join a University first, and then the performance he has in the student contest to be taken into account. in the massive amateur draft.

Since the preseason stage of the current 61 National Series began, almost all the teams have had to give up due to the emigration of players. Legal or illegal, to Europe or to different destinations in America, with the aim of playing baseball or simply to aspire to economic improvement. But it has been a reality coupled with the rest of society which is far from changing in the immediate and immediate future.

It may interest you: Cuban basketball opened doors that baseball keeps closed

He crossed the border and is already in the United States, a player who was going to play the 61 Series