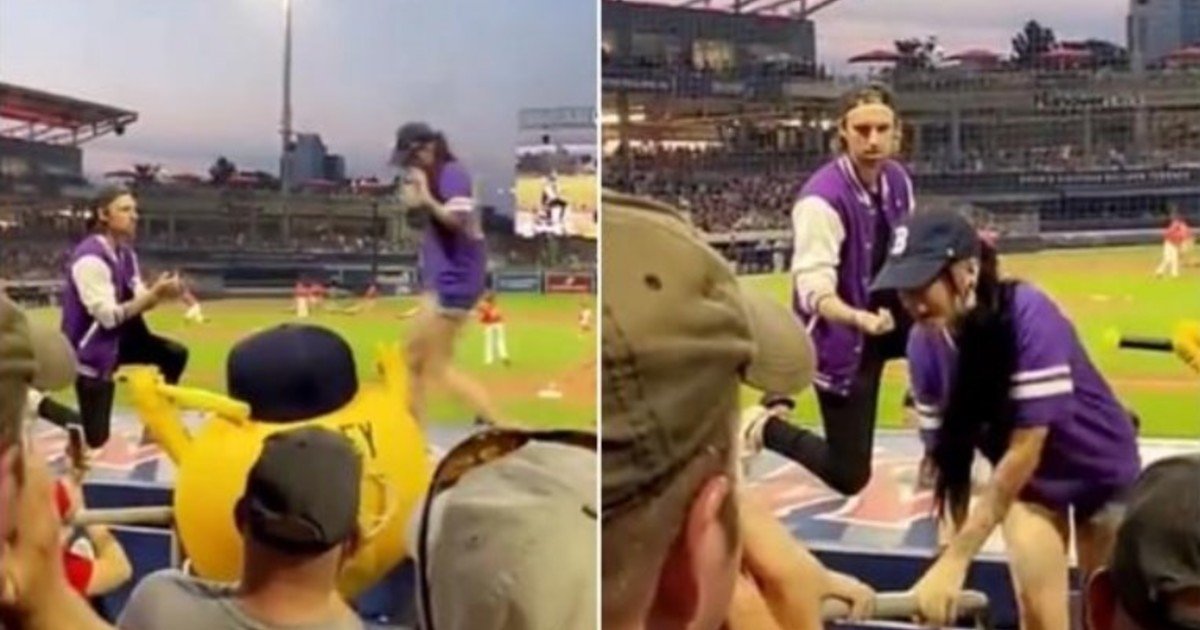 A packed stadium seems to be the perfect setting to propose marriage. At least that is what a young man from Massachusetts, United States believed, who dared to kneel in front of his girlfriend during a baseball game held a few days ago. However, things did not turn out as expected.

At one point during the Worcester Red Sox game, the young man knelt in front of his partner and with a ring in his hands asked the girl if she wanted to become his life partner.

The boy asks her to marry him (Video capture).

Spectators were already beginning to clap, but in response, the girl fled the placeApparently quite overwhelmed by what had just happened, as can be seen in the viral video posted on social networks by a witness to the event.

The scene surprised those present, who kept saying “My God”, surprised by what they had just seen. However, since then a debate began on the Internet about whether the video broadcast by various Internet users is real or if it is something staged.

The girl runs off. There was no love (Video capture).

American journalist Jim Murray suggested the possibility that it was all a drill and rehearsed. “Here is the link to the WooSox proposal that went wrong. Staged and false,” he stated in Twitter

One user wrote: “Public proposals should stop, in general. It puts unnecessary pressure on the person you are proposing to and is a special moment that should be shared in private. I don’t understand the need for some to put on a public show of what should be private affairs. “