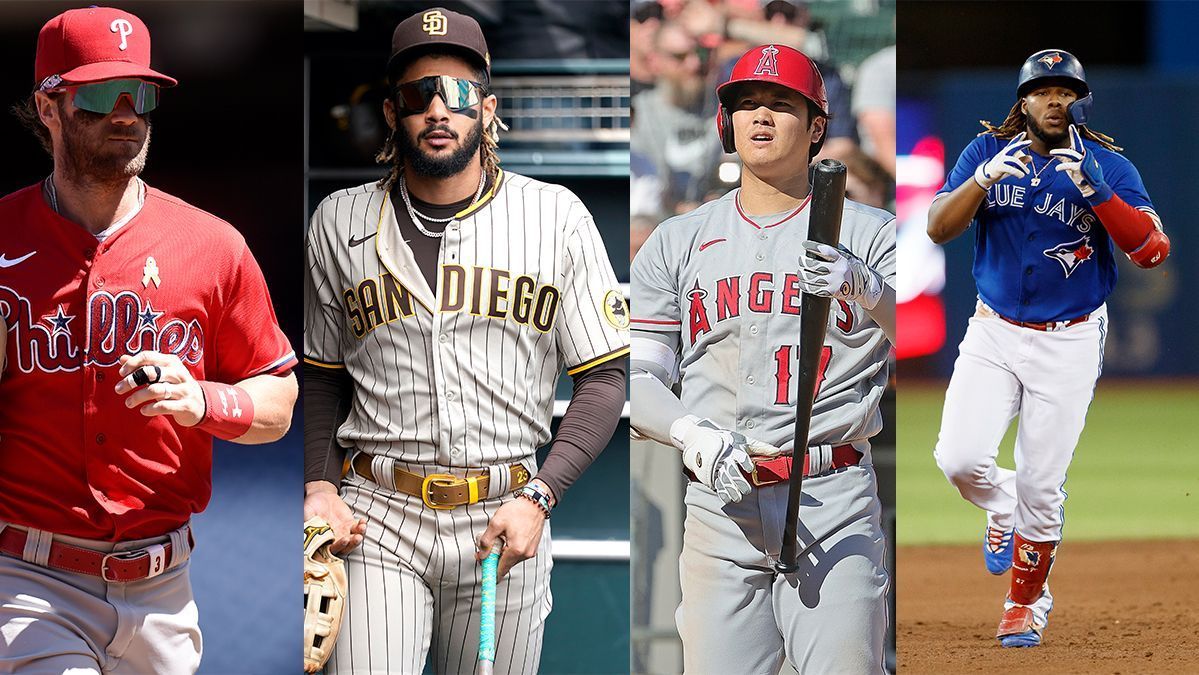 With a spectacular performance in the final stretch of the season, the North American outfielder Bryce harper has been placed next to the Dominican Fernando Tatis Jr. in the race for the National League Most Valuable Player award, while in the American League, the Japanese two-way, Shohei ohtani, keep a prudent distance from the querqueyano Vladimir Guerrero Jr. and the rest of its competitors.

Tatis Jr. of the San Diego Padres has topped the list of contenders for the award for the past three months and maintains number one status, but now by a slim margin. In the language of the Las Vegas sportsbooks, Tatis Jr. and Harper enter the last two weeks virtually tied in the lines of favorites, however VegasInsider.com already has Harper up (-112) over Tatis +100) .

The initialist Max muncy, of the Los Angeles Dodgers, pays 16-1, while the first baseman Freddie freeman, of the Atlanta Braves, and the Dominican outfielder Juan Soto, of the Washington, are 30-1.

Tatis Jr., who has had to deal with a left shoulder injury that inactivated him twice and forced him to move from shortstop to outfield for a long time, is hitting .285 with 39 homers, 28 doubles, 25 steals , 92 RBIs and 94 scored. Fangraphs gives him 5.9 WAR in 118 games.

In the young circuit, where three players force history to be rewritten, things are different.

But beyond the sum of his statistics it is the ability to execute as a stellar in both facets that makes the performance of the Japanese unique and great. To get an idea, the great Babe Ruth, the last great two-way player (over 100 years ago) never combined 40 home runs at bat and 100 strikeouts as a pitcher in one season. Ohtani could be 50-150.

And then we have a young first baseman from the Toronto Blue Jays, Guerrero Jr., and a veteran Venezuelan receiver for the Kansas City Royals, Salvador Perez, forcing to update several pages of the record book.

Guerrero Jr., 22, starts the penultimate week of the regular season as the leader in batting (.321, six points over second) and home runs (46, one over Pérez and two over Ohtani) and fourth in RBIs. (105, eight from Pérez and the Cuban Jose Abreu), and in legitimate pursuit of the elusive traditional Triple Crown. The Venezuelan Miguel Cabrera (2012) is the only one to have led a league in those three departments in more than 50 years.

Since the Baseball Writers Association of America (BBWAA) began awarding the Most Valuable Player award (1931), four times a hitting Triple Crown winner did not receive the trophy: Ted Williams (1947 and 1942), Lou Gehrig (1934) and Chuck Klein (1933).

Perez, a seven-time All-Star with five Gold Gloves in 10 years with Kansas City, is only the sixth “primarily” catcher (with at least 75% of games at the position) with 40 or more home runs in a season. . Only Hall of Famer Johnny Bench (45 in 1970) had more home runs than Pérez.

Notwithstanding the foregoing, the intermediary Marcus semien, from Toronto; the gardener Aaron Judgeof the New York Yankees; the initialist Matt olson, of the Oakland Athletics, and the Dominican third baseman Rafael Deversof the Boston Red Sox, they get more attention than Perez at the sportsbooks.