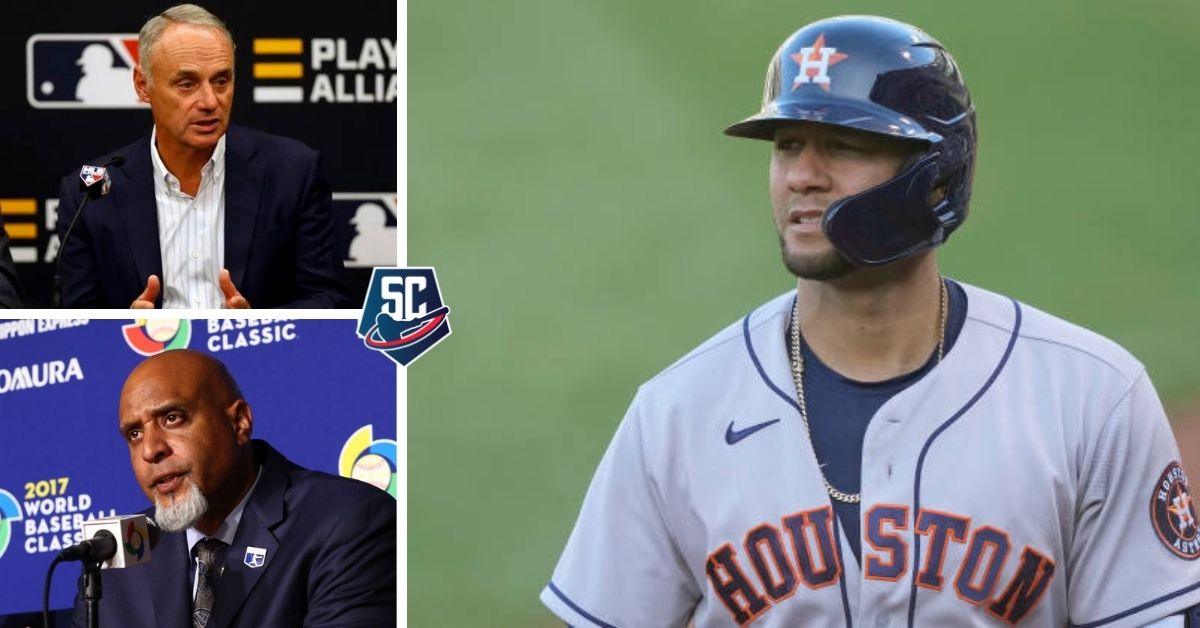 While some remain hopeful of seeing Major League games this 2022, even with a schedule like the usual in terms of quantity, others remain skeptical that the impact of the lack of an agreement between the Commissioner’s office and the Union of players does not have important consequences and even prevents the celebration of the new season.

For all players it is essential that there is action, otherwise they would not see a single penny in their pockets. In other words, the Union seems to still not understand that its extreme demands could leave everyone without a salary and that the adage that the remedy was worse than the disease should be applied despite having made significant progress in their demands.

It may interest you: UNCENSORED: Yuli Gurriel told how and why he was denied entry to Cuba

But beyond the generality in terms of the money of all those who participate in the highest level of baseball, who although they are millionaires also have taxes and expenses at that point, there is a group of players who need all of them to play more than the half of the usual program.

Among them are three Cubans who will declare themselves free agents at the end of the campaign and since they are not youngsters, they need a good 2022 that guarantees them work for at least a couple more years. These are the cases of Aroldis Chapman, José Dariel Abreu and Yulieski Gurriel, possibly the three most important representatives that Cuban baseball has had in the MLB in the last decade.

Of all of them, the most considerable case in this sense is that of Yuli, especially since he is the oldest of this trio.

Although Gurriel was the American League batting champion in 2021 and the winner of the Gold Glove at first base, the Houston Astros player knows that at 38 years old at the end of this season, only a good performance It will allow him to aspire to a good future contract that will keep him active in the Major Leagues at least until he is 40 years old.

“I need there to be ball this year because it is very important to get a good contract when the season is over and I am declared a free agent. This is a race against time and although you feel very well physically and the recent results were very satisfactory, in this business with an age close to forty you have to do everything very well so that they continue to consider you”, he began by telling me Sancti Spiritus in an interview granted to the Complete Swing Show last Friday.

“I have not stopped working hard with my brother to prevent the same thing from happening to me in 2022 when the pandemic made me lower my load because I thought it was not going to be played and suddenly the decision was made to do it, and then I did not have the better performance. I am focused on there going to be a season without lowering my guard and without thinking about when it will start. This is a key year for me and I can’t trust anything.”

When asked if he thinks there will be a season or not based on all the contradictions that have arisen for months between the Union and the Commissioner’s office, Gurriel considered that he is sure that there will be an agreement because in the end it will be understood that it is Better to play for something than for nothing. «I think there will be a season, because in the end each party will give in when they see that there is no other alternative. They know how important it is for everyone that the season can be saved.”

Regarding the issue of contact between the players with their Union, since there is not necessarily a unity of criteria between the former and the organization that represents them, Gurriel made it clear that there have been conversations in different places between the athletes and the MLBPA board. where they have informed part of the agenda.

However, and this is my opinion, the leaders of the Union have to finally understand that they are representing the interests and the opinion of the majority of the players, not that of the leadership of this organization.

Therefore, these demands need to have limits and think not only about everything they have achieved, but also that if they continue to stretch the rope and it breaks, they will harm all those they represent and their management will have been a total failure. And not only just one year’s salary, because in cases like Yulieski, in addition to Chapman, “Pito” Abreu and a few others, it is about their economic and sports future in the Major Leagues.

At the moment there is still a lack of understanding between the two parties involved and the last thing that was known takes away the hopes of even the most optimistic that everything will be resolved in time.

Gurriel spoke about Free Agency and the MLB-MLBPA debate: “I need there to be a ball this year”