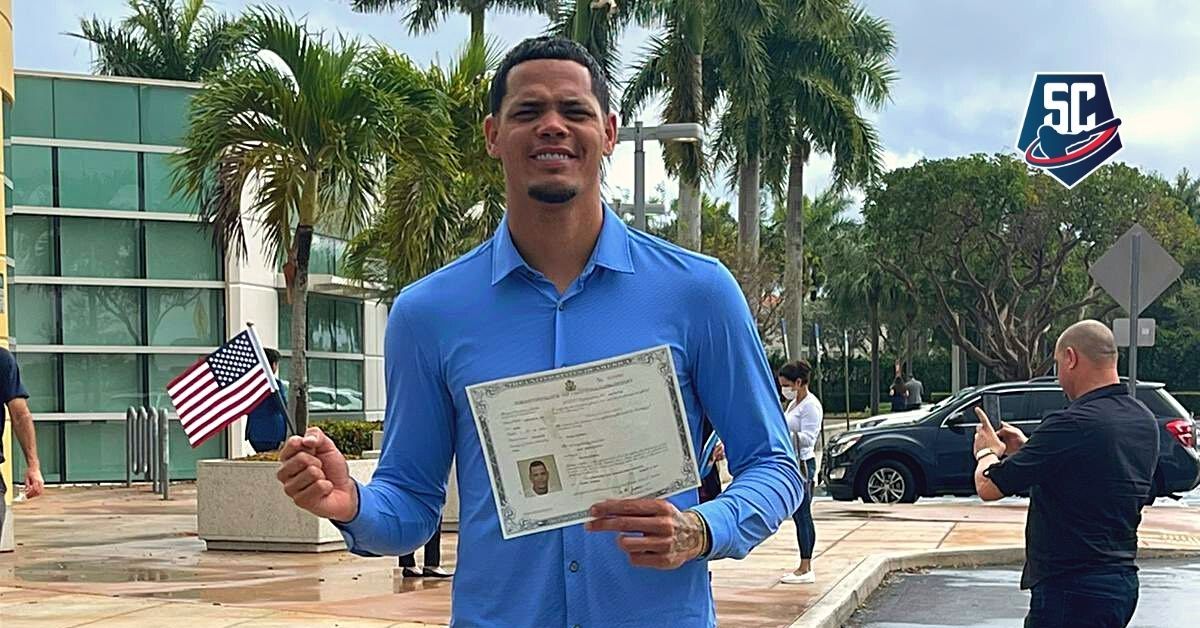 This year Cubans Pablo Millán and Aníbal Sierra have obtained US citizenship, both signed by Major League organizations. On the morning of this Tuesday, March 15, pitcher Yoan López joined the list of baseball players who have reached this goal in the United States.

“God bless the United States of America” ​​expressed the pitcher who played three National Series with the Pirates of the Island in Cuba, through his social networks. The message was accompanied by photos of the moment, and his publication was immediately rewarded with congratulations from his followers.

The pinero escaped from Cuba in 2014 and achieved his first professional signing the following year with the Arizona Diamondbacks for a bonus that exceeded eight million dollars, a team where he remained on his farms until his debut in 2018.

The right-handed reliever reached higher value in the Major League market and quoted a record contract for his powerful fastball and being one of the few Cuban pitchers who have reached 100 mph, in addition to mastering other pitches such as slider, changeup and curveball. His training has gone hand in hand with the great Maels Rodríguez and his academy, where great pitching promises such as Norge Carlos Vera and Sandy Gastón are currently trained.

the luck of “The Asere” in the Majors he has fluctuated after a 2021 when he was assigned by Arizona, and then traded to Atlanta for Deivi Estrada. Despite the fact that he was in the “taxi squad” of the Braves in the World Series, he was again left out of the 40 players in November of last year until he was claimed by Philadelphia, while taking advantage of the winter season with the Águilas Cibaeñas in LIDOM . We hope that this season the Cuban will once again show his repertoire in the Majors with the Phillies.

It may interest you: FIRST WORDS: Luis Robert TALKED about possible MVP and goals for 2022