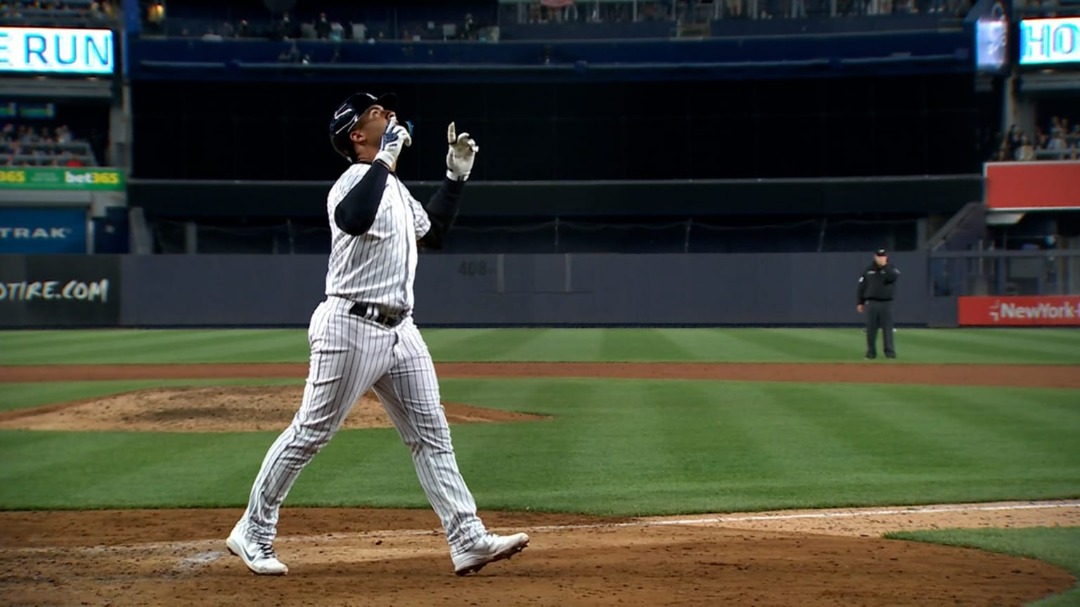 The Venezuelan of the New York Yankees, Gleyber Torres hit his first home run of the 2022 Major League Baseball season on Wednesday – MLB.

Gleyber Torresdespite the loss of his team against the Toronto Blue Jays, he was able to contribute a little by connecting his first home run of the 2022 season of the Big leagueshit that came in the sixth game of the yankees in the present course.

The Yankees have not seen a victory since Saturday against the Boston Red Sox and this Wednesday they lost again to the Blue Jays, where they received three home runs from Vladimir Guerrero, but for his “good luck” the Venezuelan Torres premiered his home run power in the current 2022 season of MLB baseball.

In the ninth inning, the Venezuelan of the Yankees executed Trevor Richards between right and center field, hitting a four-seam fastball from the Toronto reliever.

That solo shot by Gleyber Torres had an exit velocity of 105.9 miles per hour and reached 371 feet, making it the 75th major league home run for this player.

Despite his contribution with the bat, Torres left something to be desired with his glove, as the Blue Jays scored a run after he made an error on a double-play attempt.