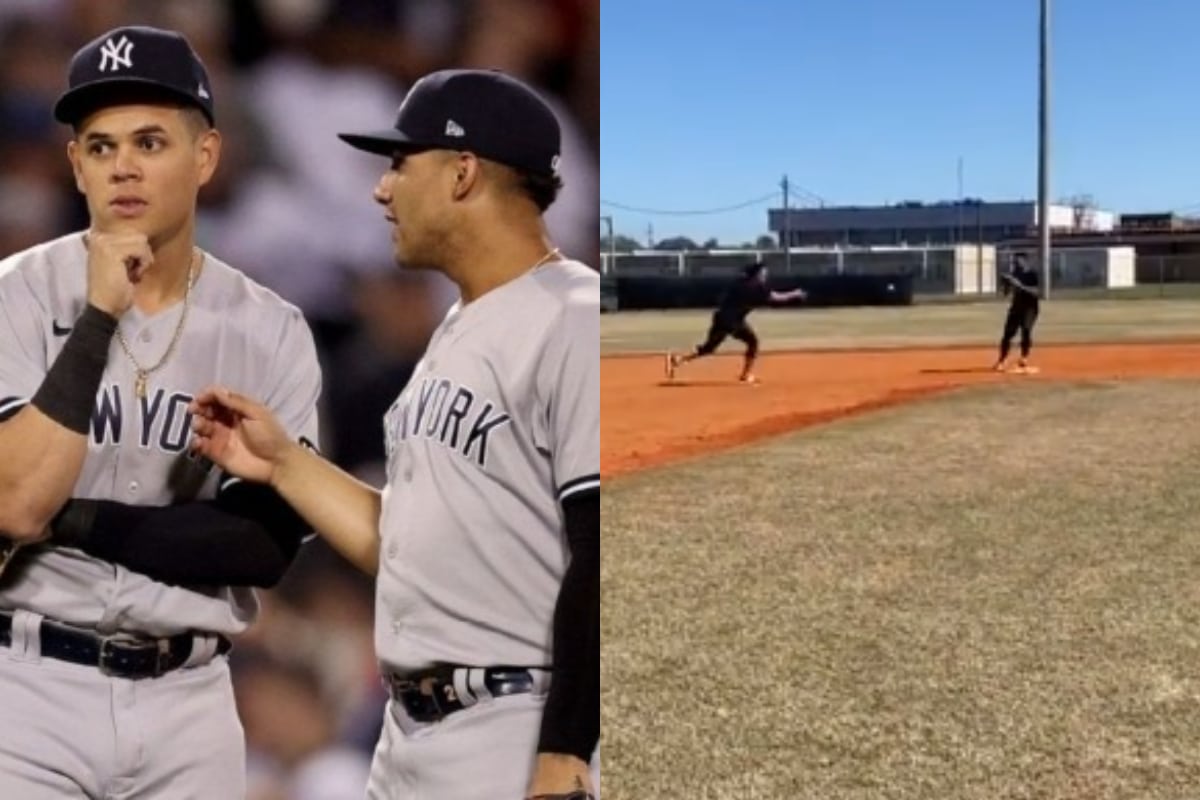 The infielders of the yankees from New York, Gleyber Torres Y Gio Urshela work together amid work stoppage, preparing for the season 2022 of the Major Leagues – MLB.

Through a video on social networks, it was announced that the Venezuelan Gleyber Torres and the Colombian Gio Urshela are getting in tune together for the upcoming Major League season, specifically preparing their defense to get to the team in the best way. New York Yankees, being one of the things that this team has as a priority in 2022.

Torres as second base and Urshela as shortstop, this is how these two Latinos who are of vital importance for the Yankees are prepared, this being also good news because they are not without training in the midst of this uncertainty of the work stoppage in the MLB, having Please note that Spring Training 2022 is officially delayed.

This is how they practice double-play

Will it be the new combination in the Bronx?

We don’t know that exactly, and while the Yankees haven’t signed a new shortstop for 2022, Gio Urshela has shown good hands when he’s at shortstop and if he doesn’t acquire anyone, he’ll be the one to take that position (at least we think so). While Gleyber Torres was removed to second base in the 2022 season and it seems that intentions of returning to the SS are not in the Yankees’ plans.

Names like Carlos Correa and Trevor Story are the ones that sound like a hypothetical signature of the Yankees, but we have to wait for the work stoppage to end and see what the “Bombers” will do, so while so many Colombians and Venezuelans practice together to get to know each other when making a double-play in the Major Leagues.

Gleyber Torres and Gio Urshela work together the double-play