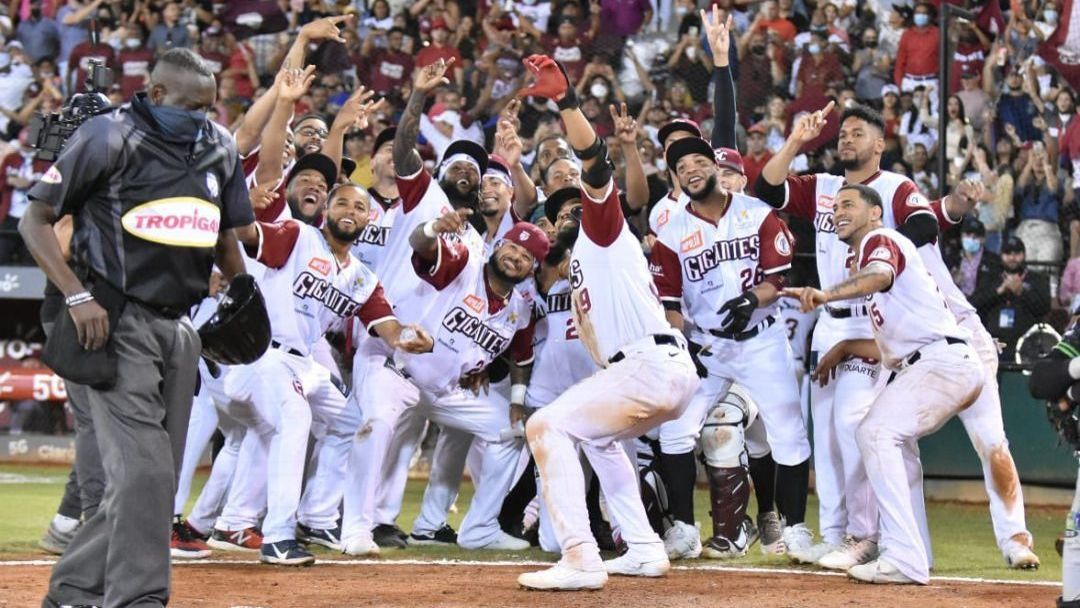 SANTO DOMINGO — Kelvin Gutiérrez homered and drove in four runs, so that the Gigantes del Cibao were placed one win away from conquering the final of the Dominican winter baseball championship, by defeating the Eastern Stars 5-3, in the match held this Friday at the Julián Javier stadium, in San Francisco de Macorís (northwest).

After having lost the first game of the series, the Giants have won the next three, to be one win away from conquering the title of champions of the Dominican Professional Baseball League, in the series scheduled for the best of seven games.

Gutiérrez drove in his first two runs in the third episode of the match, when after one out and with a runner at second base, third baseman Elehuris Montero made a throwing error, on a hit by Hanser Alberto, which forced the greens’ starter, Rony García (0-1), intentionally transferring Cuban Henry Urrutia, to throw to the colts’ third baseman, who hit a double to right field, putting his team ahead 2-1.

Those led by Colombian Luis Urueta extended their lead by scoring two more laps at the end of the fifth inning, by a single to the right field by Urrutia and by a sacrifice fly to the same area by Gutiérrez.

The powerful third baseman, who was playing his seventh game after returning from the disabled list, hit the ball over the left-field wall in the eighth inning to put the Giants ahead for good.

“I go aggressively to the strike zone, I saw the pitching and attacked him,” Gutiérrez said of his home run, adding that “we have been working hard and looking for good results and today, thank God, we have achieved it.”

The Orientals, who again could not keep the colts’ bats at bay, started ahead, with a home run by Gustavo Núñez in the first at-bat of the game and added their second round in the sixth, when Núñez scored after Jeremy Peña hit the left Garden.

The Greens came close in the ninth inning, scoring a run, driven in by Domingo Leyba’s hit and bringing home the tying run on Sandber Pimentel’s bat, who ended up striking out to end the game.

Giants starter Enny Romero (1-0) fulfilled his goal, completing five innings, in which he only allowed Núñez’s home run and struck out two batters, to bring his team closer to the title of Lidom champions.

The Stars again had a poor performance from their starting pitching, as Garcia was only able to cover 2.1 two-run innings, one of them earned, giving up four walks, with just three strikeouts.

For the Giants, Gutiérrez, with one run scored and four RBIs, was the leader of the attack for the winners.

José Siri continued to capitalize on his patience at the plate and took two walks this Friday, scoring both times.

The greens had their main figure in Núñez, with a home run and two runs scored.

The final continues this Saturday with the fifth game of the series, to be held at the Tetelo Vargas stadium, in San Pedro de Macorís, where if the Giants win, they would become the new champions of Dominican baseball.

Giants, one victory away from the title in the Dominican Republic