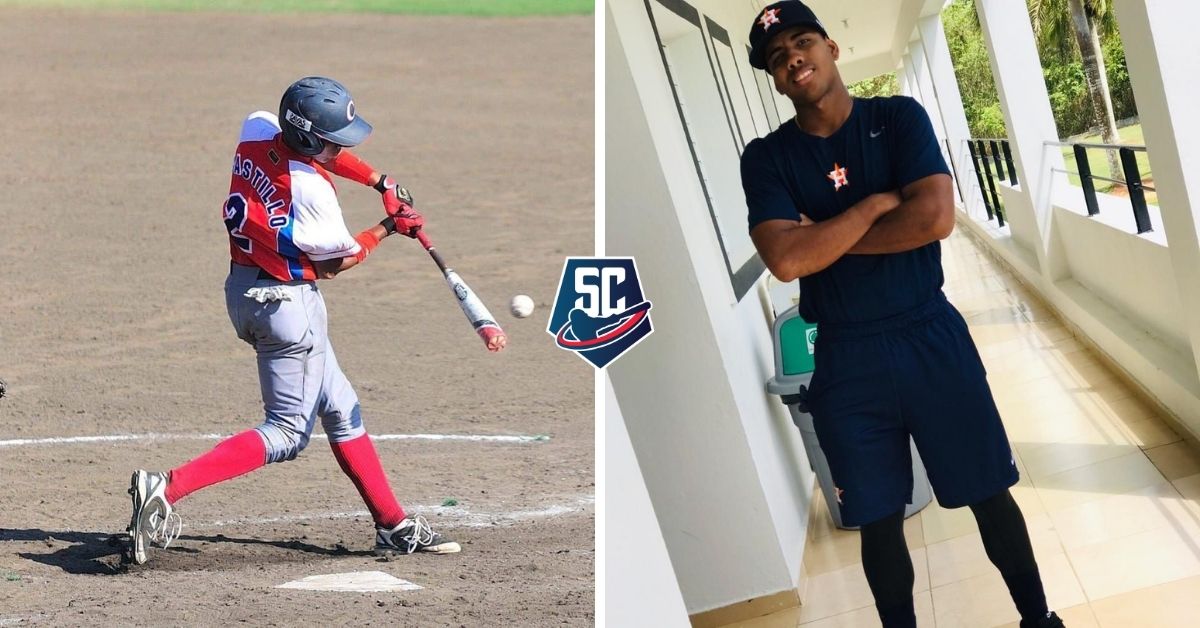 He began practicing soccer as his favorite sport as a child, but life had a great future in store for him in the sport that all Cubans love. Fortunately, one day by pure chance, he approached a baseball stadium, and from then on this place practically became his home. With very good fielding hands and excellent offense, he joined his first Granma team at a very young age. Daniel Alejandro Castillo was part of that Cuba team that in 2016 gave our country its last international title, being selected as the All-Star shortstop.

Tell us a bit about how you got into baseball.

“I started training baseball because of my older brother who was practicing it at the time. One day he took me to practice, I went out on the field and he casually hit a long drive to left field. A group of children were playing there and because one was missing to start the match they asked me if I wanted to play. When the match began, they saw my conditions and offered me to stay practicing this beautiful sport”.

You may also like: The next Cuban MLB star has name: At 99 mph Zulueta impresses

The year 2016 was excellent in your sports career, because you managed to reach the final of the U-15 National Championship with Granma and integrate the National Team that participated in the World Cup of the category. What do you remember of those moments?

During that World Cup the squad started with some setbacks that made the fans mistrust, but after these the team became practically a indetentionble. What was that motivation that allowed that change in the team?

“We always went out to do a good job and support each other. In those games we began to carry out a kind of routine before each game, which helped us to release a little pressure and allowed us to go out with more encouragement to each match“.

You may also like: SN All-Star Game: In the absence of the venue announcement, who deserves it?

Japan, who had defeated them in the first match between the two teams, was the rival they faced in the final but fortunately this time the story changed and with a great performance by Livan Chaviano, they defeated the Asians 9-4. What do you remember from that game?

”That was a great game. We arrived at that long-awaited day and Professor Olver Luís held a meeting with which we were motivated. Personally, I was also more interested, because the pitcher we were going to face had already dominated me twice in the qualifying stage, with men on base. Thank God I was given the opportunity and in the second inning I connected hits, with which I drove in the first run of that game“.

Individually you averaged 394 AVE thanks to 13H at 33VB with 2 doubles and offensive line (382OBP/455SLU/837OPS). You were also selected as the All-Star shortstop, along with Malcom Nuñez (third base) and Livan Chaviano (pitcher). What did you feel at that moment when you saw yourself among the best in the World Cup?

“I don’t characterize myself for keeping statistics a lot. At the end of the meeting, many colleagues told me that I was in the All Stars, but I didn’t think it was possible. At the beginning of the ceremony, they mentioned to me, it was a great surprise because it is a dream for every baseball player and athlete to be selected as the best in an event“.

Precisely this Cuba team is the last one that has won an international title. How important is it for Daniel Castillo to be part of that generation that gave Cuban Baseball that last joy of being world champions?

«It is a great satisfaction that they remember us for the good performance we did in that World Cup and for the title we managed to obtain. It was also a privilege to have players like Malcom Nuñez, Franny Cobos, Víctor Víctor Mesa as teammates“.

According to information there were several offers a few years ago to sign you, but finally the hiring did not take place. What prevented your signature?

“As happened with many other players, the pandemic was the main culprit. Many organizations removed young people when this disease began and likewise broke many of the agreements with young people.

What are you doing right now?

“Right now I’m training to try to stay in good shape in case an organization interested in me appears or even a contract in a Caribbean League.”

What are you emphasizing most during your preparation?

“I always focused on working my legs a lot and doing a lot of defensive training. I keep working everything because you should never neglect either the offense or the defense”.

Is there a possibility to return to play in the National Series Or would you prefer to play in a Caribbean league?

“Right now I prefer to play in a Caribbean League. Maybe if God wants in a few years I will play in Cuba but right now it is not my priority “

«It is true that the previous season I had intentions of playing in Cuba. My representative and I sat down, we had made the decision to go to play in Cuba for that season, to get good numbers because that way it is a little easier to get signed by an organization. But unfortunately the coronavirus pandemic caused the airports in Cuba to be closed and he cannot go. Later I was going to play in Panama but they still closed the country due to Covid-19.”

“I thank Swing Complete for this interview and in the same way for all the work they do to publicize the work of Cuban baseball players, mainly those who are outside the country looking to get a signature with the Major Leagues.”