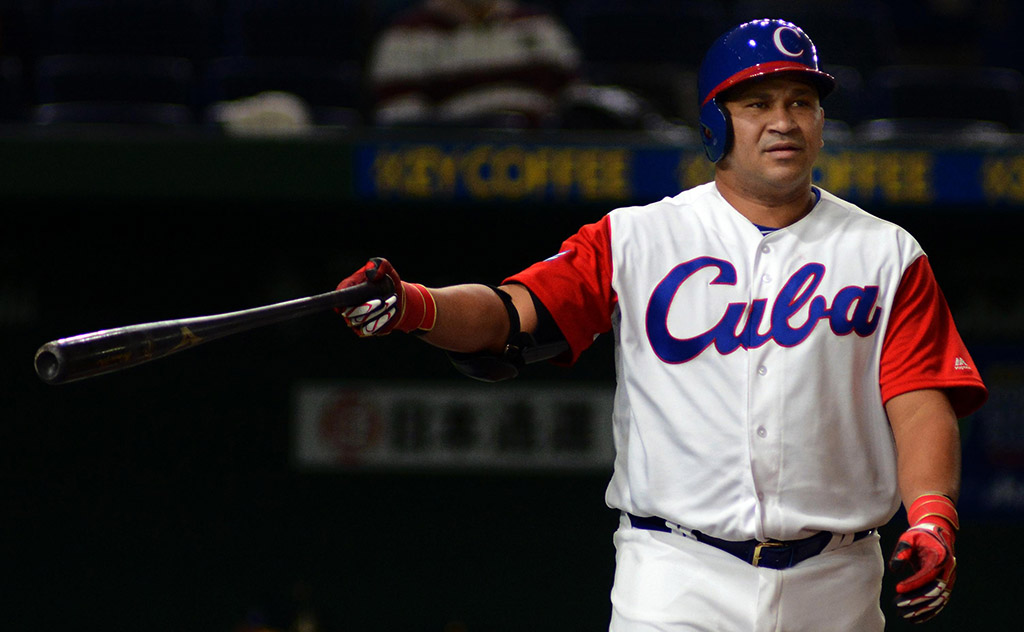 “I do not agree with the fact that I cannot have the freedom to talk to a person without being able to defend myselfbecause I have culture to do it”, he claimed Frederick Cepedaone of the most beloved baseball players in Cuba, in reference to the sanctions imposed on two players by offer statements to a Facebook group dedicated to baseball on the Island.

“I am a public figure and when the National Series is over, what do I do? Do I hide in my house?” official newspaper Escambray of Sancti Spiritus.

“I am very concerned about that. Even there in Granma I did not give an interview to a man who is always on television. Last year I gave interviews, as I always do with all the people who ask me for them,” he said.

You can hear us on soundcloud | Spotify | Apple Podcasts | Google Podcasts

“But what happens? In the world we are living in today, interviews are taken from different places, there are journalists who write for a Cuban newspaper or media outlet and tomorrow they don’t do it anymore or they do it for two outlets; that’s none of my business , each one makes of his life what he wants, They are people who, in addition to being journalists, have created a friendship with one as a public figure. Aliet Arzola, for example, is my friend and today he is in another medium, but I met him in Granmalike Michel Contreras, I met him in Cubadebate and today he writes for cybercuba“, he specified.

According to the author of the interview, Elsa Ramos, at first Cepeda refused to agree to the interview with her, despite knowing her and having talked on different previous occasions.

“An uncertainty is created for one and you say: if I say this and don’t say the other, and if this person is or isn’t? I will never know. In the Regulations it talks about the official media, but you yourself, Elsa, are here today and tomorrow with another name you can write for another page and it is the same interview that I gave you, and as soon as everything is clarified I am in a problem, or other athletes are, as has happened to them,” said the player.

The ambidextrous outfielder, considered one of the best living Cuban baseball players and the most respected of those who are still active in the National Baseball Series, and who has played in foreign leagues, said: “I have been in the Clásicos, the Olympics, and in All the media are at a press conference and they ask you much more aggressive questions than what has happened now and you have to answer them with your own criteria. At least I always have.”

In reference to requests for statements that some reporters have made to him due to the possibility that he will break some baseball records in Cuba, he said: “Right now with the record, many of my friends have asked me for interviews. I’ve always put the dots on the i’s: about my career, whatever you want to ask. And I’ve always put above all else where I’ve become a baseball player and a human being, which is in my country,” he stressed.

According to the author of the article, “what would a show as public as the ball have to hide and that can be published, as has happened, by accredited or official media, as they tell us, and others that are not?”

According to a note posted on the official site Hit, those punished were Alexis Varona Núñez, from Sancti Spíritus, and Andrés Hernández Díaz, from Industrialeswho could not play in the next five challenges of the national tournament.

Given the widespread rejection of that decision, the CNB reduced the sanction to three games.

“Such decisions are the result of the process followed by our disciplinary commission after learning that both athletes violated the provisions regarding relations with media not recognized by the event authorities,” says the note.

“Varona Núñez offered statements to one of those publications and Hernández Díaz exercised a promotional action in favor of that website itself, which violates the provisions of the Disciplinary Regulations for the Competitive Baseball System, the Code of Ethics and the regulations discussed and approved by the members of all the teams registered in the current season”, underlined the official note of the Commission.

According to the controversial regulation in force, players are only allowed to speak to the official media.

According to “Por la Goma”, the alleged transgression of Hernández, current leader in runs batted in in the National Series, was to send a video of a few seconds congratulating the profile for reaching 27,000 followers.

Frederich Cepeda: “I do not agree that he cannot have the freedom to speak”