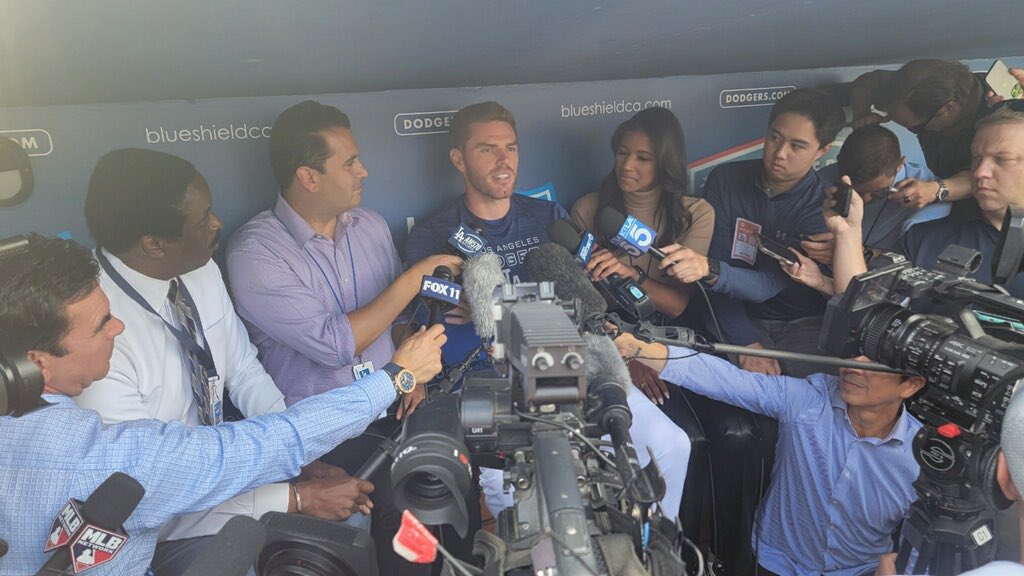 The new first baseman of the Los Angeles Dodgers, Freddie Freeman spoke about facing the Atlanta Braves for the first time in the Major Leagues – MLB.

For the first time in this 2022 season of Major League Braves of Atlanta and Dodgers Los Angeles will face each other and this will undoubtedly bring some attraction for Freddie Freemanwho will face the team with which he made his name in this sport and of which he was a reference for many years in the best baseball in the world.

Prior to that commitment, Freeman spoke to the press and declared interesting things, making clear his relationship with the coaching staff and former teammates he left with the Braves during those wonderful years in the MLB.

“It’s emotional for me. I’m just happy to be able to see all the guys.”@FreddieFreeman5 reacts to seeing his former teammates ahead of the Braves-Dodgers series opener. pic.twitter.com/fFpv8Wh71i

“Our relationship is good … Obviously we’re on different sides now, but the friendship is strong,” Freeman said of manager Alex Anthopoulos, whom he hugged before Monday’s game.

In addition, the now Dodgers player said that he is not looking for closure with this organization and makes clear his love for the entire Braves team.

Freddie Freeman, on his chat today with Alex Anthopoulos and seeing his former #Braves teammates. pic.twitter.com/UOoCdr8I65

Freddie Freeman faces the Braves tonight for the first time as a Dodger. Thank you @NBCLA for hooking us up with Freddie’s pregame talk, in which he mentions seeing his former teammates and talking with Braves’ GM Alex Anthopoulos (Part 1): pic.twitter.com/EDJvofrIRk

With his words, Freddie Freeman shows his chivalry and professionalism in this sport called MLB, without a doubt this is a nice meeting between Dodgers and Braves.

With Dodgers (Until Now)

Freddie Freeman talks about facing the Braves for the first time