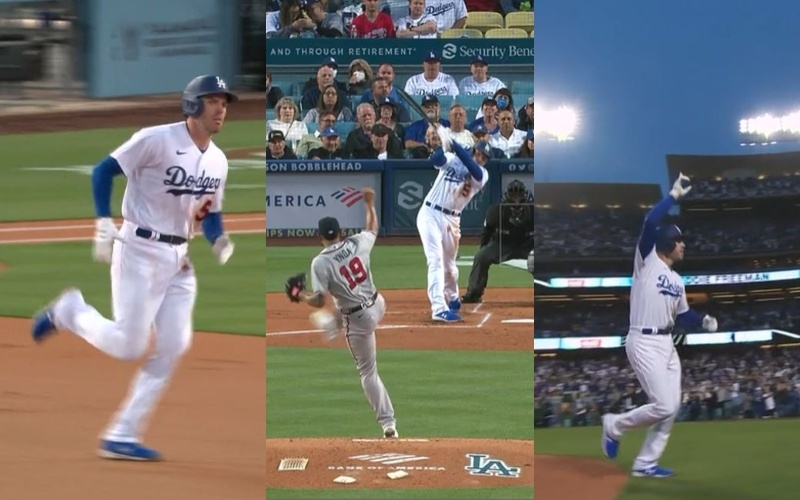 Starter Freddie Freeman hit his first home run with the Dodgers just against his old team, the Atlanta Braves, in MLB 2022.

Through the first confrontation of Los angels Dodgers vs the braves of Atlanta of the 2022 season, in turn, the first time that Freddie Freeman faces the Braves throughout his career, he shoots his first home run in the blue uniform.

Freddie Freeman before the game he said he was excited to face the Atlanta Braves, incidentally, he made clear his intentions to beat them 4-4 even knowing that his former team wanted to see him fall 0-4. Freeman got off to a good start, dropping it in left field at Dodgers Stadium to pitches from pitcher Huascar Ynoa.

The irony is that Freeman had yet to hit a home run with the Dodgers, and he just did it against his old team the first time he faced them. He is now the third ex-MPV to hit a home run in his first at-bat against the team he won that award with in the MLB, the others are Alex Rodríguez (vs. Rangers 2004) and Frank Thomas (vs. White Sox in 2006).

Freddie Freeman’s first at bat against the Braves?

His first homer as a Dodger.
pic.twitter.com/5NTh3r0NRH

It should be noted that Freeman has had a good start to the season, batting .342 with an 895 OPS, 7 runs, 13 hits, 1 HR, 5 RBIs and 38 bases reached. It’s worth noting that the one-time gold glover has looked more solid offensively when he plays at Dodgers Stadium (his new home).

Freeman, who has not yet been to Atlanta as a part of the Dodgers, said before the game that he is not looking for closure on his time with the Braves, and reiterated that he and the organization are on good terms. He said he FaceTimed Alex Anthopoulos (Braves GM) for three hours a week after signing with the Dodgers.

Freddie Freeman hits his first home run with the Dodgers vs. Braves