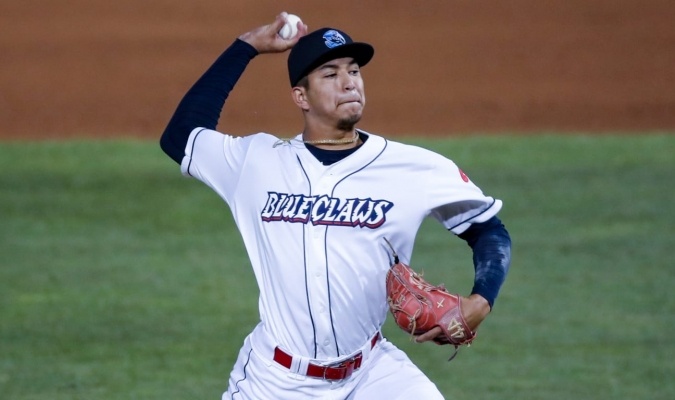 During the 2016/2017 international signing period, the Philadelphia Phillies shelled out $720,000 for Venezuelan prospect Francisco Morales.

Estimated at that time as the 23rd talent in the ranking of the 30 internationals, the boy is a right-handed thrower, who measures 1.93 meters, weighs 83 kilos and was born in San Juan de Los Morros, Guárico state, on October 27, 1999. .

After making his pro debut in the Gulf Coast League in 2017 and moving up to short-season ball in 2018, the big righty had an outstanding full-season debut in a piggyback system in 2019. He was one of the top prospects in pitching in the Instructional League game for the Phillies in 2020.

According to your report on the portal mlb.comMorales easily has two more pitches in his arsenal now. He was consistently up to 98 mph, and he couples it with an absolutely “disgusting” slider that generates a ton of missed swings, while his changeup keeps getting better and throws it with good arm speed and depth.

Command, on the other hand, has been his problem in the past, he walked 4.3 batters per nine in 2019, but made very good strides in that area in instructions last year.

Just 21 years old for the entire 2021 season, he learned how to start and finish games in 2019. As he continues to add polish, he has every chance of eventually being part of a major league rotation.

He was named as the Quakers Minor League Pitcher of the Month for August 2019, when he posted a 1.89 ERA with 28 strikeouts in 5 games (two starts). Among all South Atlantic League pitchers that year, he ranked seventh in strikeouts with 129, averaged 12.01 strikeouts per 9 stretches, and held opponents to a .226 batting average in 27 games (15 starts). ) with the Lakewood cast throughout that season.

Francisco Morales, Venezuelan talent who points to the rotation of the Philadelphia Phillies (+ Videos)