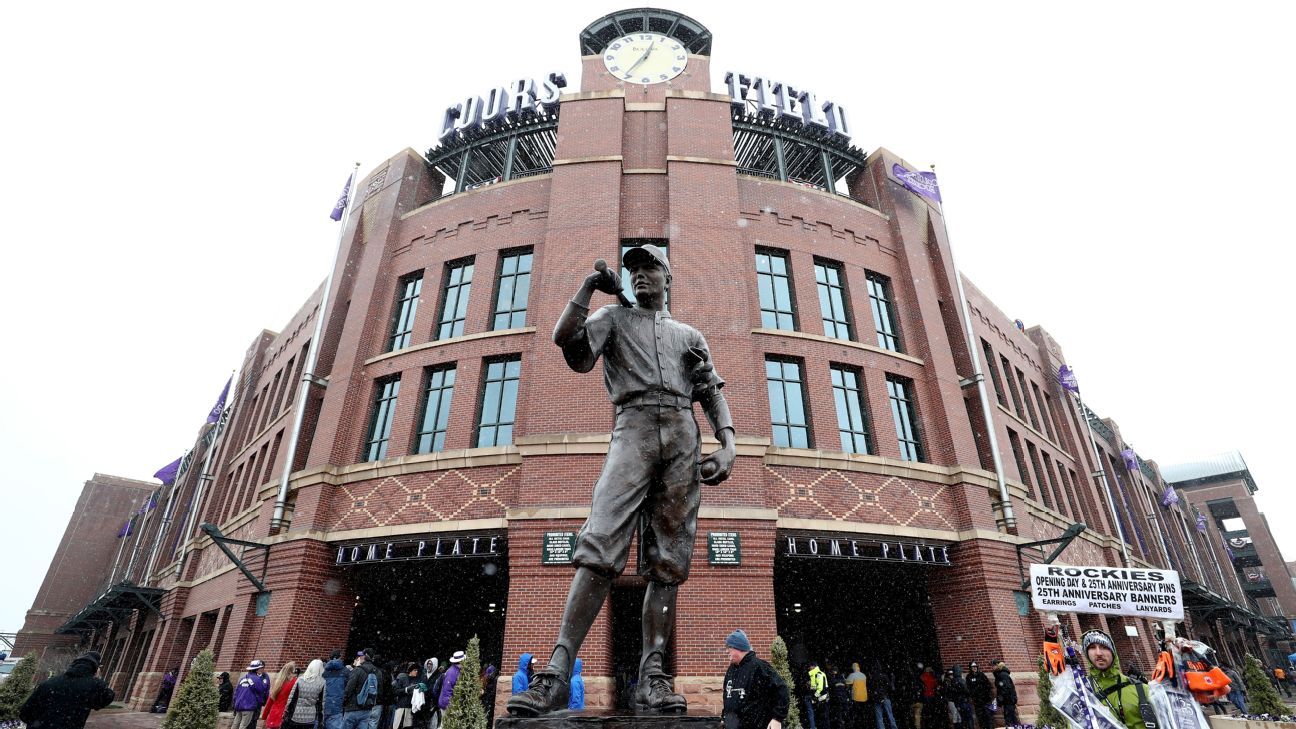 Four people were arrested on charges of illegal possession of weapons at a Denver hotel, just two blocks from Coors Field, home of the Colorado Rockies, when the festivities of the MLB All-Star Game this weekend.

Denver police arrested three men and a woman Friday night at the Maven Hotel after receiving a tip. The Denver Police Department also announced Saturday that evidence was recovered after search warrants were obtained for two hotel rooms and two vehicles were seized.

The police department has not announced details about the evidence, but local ABC affiliate Denver7, citing multiple law enforcement sources, reported Saturday that police discovered 16 long guns, bulletproof vests and more than 1,000 rounds of ammunition in a hotel room. On the eighth floor there was a balcony overlooking downtown Denver.

Police executed search warrants for the rooms after receiving information from a hotel employee, according to various reports.

Richard Platt, 42, Gabriel Rodríguez, 48, and Ricardo Rodríguez, 44, were all arrested in the investigation of possession of a weapon by a former offender. Platt and Gabriel Rodríguez also face charges of possession of a controlled substance with the intent to distribute it. Kanoelehua Serikawa, 43, was arrested. Platt and Serikawa also have court orders from another jurisdiction.

“The investigation and arrests were the result of a briefing, which serves as an excellent example of the critical role the community plays in public safety,” the Denver Police Department said as part of a statement Saturday night. “DPD encourages residents and visitors to always be aware of their surroundings and to immediately report any suspicious or illegal activity to the police.”

A Denver police spokesperson initially noted Friday night that the arrests did not appear to be related to the events of All-Star Game Week, according to local affiliate Fox 31, but the investigation was ongoing as of Sunday. the morning.

Coors Field is scheduled to host the Major League Baseball All-Star Game on Tuesday night, but the festivities related to the midseason event began last week. The Maven Hotel is located on Wazee Street in downtown Denver within the city’s Ballpark District, which has hosted a street festival called “Stars & Stripes Streetfest,” which began on July 2.