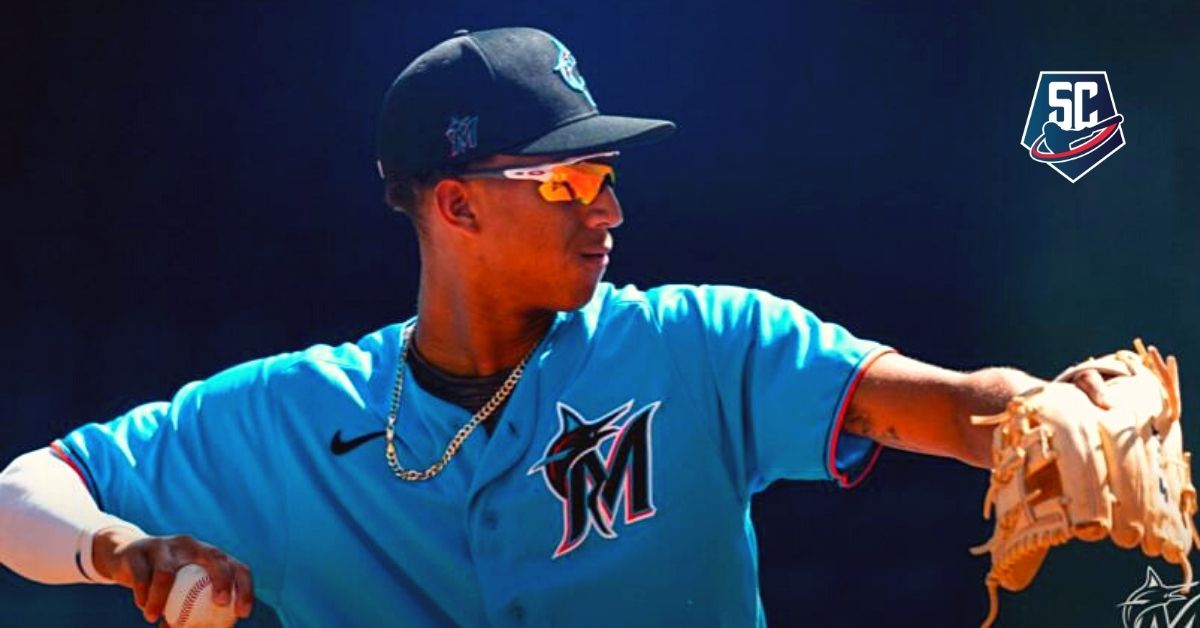 Yiddi Cappe is one of the great promises of the Miami Marlins organization. The Cuban joined the franchise on January 15, 2021 during the international signing period. Cappe was considered the number 10 international prospect that year.

“I feel very happy. The Marlins are a great organization and they represent a lot to me. It is the team that chose me, that saw my talent. It is very good to have several compatriots in the organization, the Mesa brothers, Sandro Bargallo, Lázaro Alonso, among others. I feel very proud, I feel at home.” he told me after the agreement was made official.

He defines himself as a player with a good bat, speed and defense. His talent allowed him to get a bonus of 3.5 million with his signing by the Florida franchise.

The penultimate Cuban player signed by the Marlins (Luis Avilés later arrived) offered an interview to Kyle Sielaff on the official Marlins channel where he spoke about his past and expectations.

-Experience since you signed in Miami

“It was a very nice experience because I was tied to the Marlins since 2019 when I left Cuba, then in 2020 the pandemic came and I couldn’t sign. Thank God, on January 15, 2021 I fulfilled my dream and I am very proud to be part of this organization.”

-How did you get into baseball?

“I started in baseball when I was 4 years old in the Daniel Butari field (October 10, Havana). I remember that one day my dad took me out of school and took me there, I didn’t want to go at first and I got spoiled, but he insisted so much until I began to like him. After all that time the ball has been my life.”

-Who is your hero?

“My dad, of course, is the one who has always guided me in baseball and has been my coach since I was little until now. He never played ball but he knew a lot.”

-How difficult was it for you to make the decision to get away from your family and leave Cuba?

“That was a very strong decision for me, it took me a month to decide. I knew I was going to miss seeing my family for a long time. I finally left on the day of my niece’s birthday and it was very painful. I haven’t seen my family for three years, I was very attached, all the time I shared with them. Walking away was difficult, but at the same time it has given me the strength to move forward and move them forward.”

-Are you determined to reach the Major Leagues and be successful for your family?

“It is part of my dream, my family is my driving force. I want to get to a major league team, be it the Marlins or any other team. I would like to give them a better life and make them feel proud of me.”

-Where does your confidence come from and how have you developed it?

“That trust I have earned myself, doing things well, working hard in training every day, from my own family, even saying that I can reach the Major Leagues”

“I feel like a very lucky person, to be compared to those two stars. Derek Jeter was a tremendous shortstop, he was my favorite player since I was in Cuba. Since I arrived in the Dominican Republic, I really liked the Houston team and I really like the way Carlos Correa plays.”

-How do you see yourself in 10 years?

“I see myself winning many World Series, with the Marlins team in the Major Leagues and as an established player in the Majors. I have always dreamed of it since I decided to go out and look for a signature with a Major League team, I want to win a World Series.”

-How do you imagine your Major League debut?

“Well, I don’t know how that’s going to go but I think it’s going to be an extremely great day for me because I’ve dreamed of it since I was a child.”

“You will see a very charismatic Yiddi Cappe, I like to take the game very aggressive and respectful and of course share with the public.”

capppe He is considered the 15th prospect in the Marlins organization and is compared to Carlos Correa. He debuted in the Dominican Summer League where he left an offensive line of .270/.329/.402 (AVG/OBP/SLG) product of 51 hits in 189 at-bats with 17 doubles, one triple and two homeruns. He stole nine bases and drove in 27 runs. The 19-year-old is scheduled to play professionally for the first time in the United States in 2022. He was voted the franchise’s Most Valuable Player in the league.

“Fortunate to be compared to Jeter and Correa,” Cuban Miami Marlins prospect said