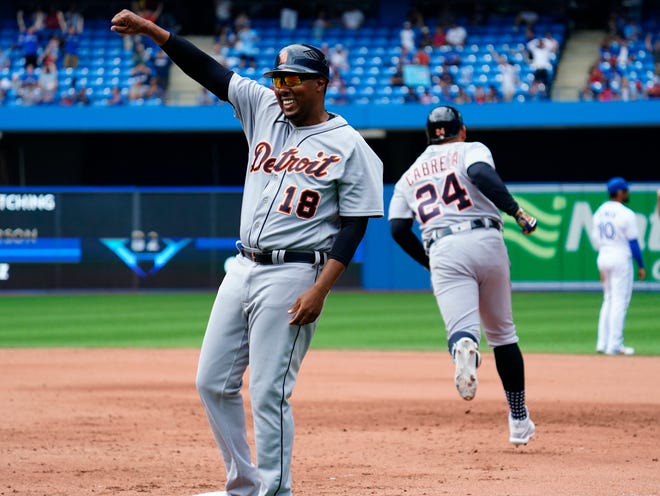 The coach first base of the Tigers from Detroit and ex-player of the Major League Baseball – MLB, Kimera bartee, passed away Monday at 49 years of age.

Kimera bartee, aged 49 and suddenly, passed away on Monday in his hometown of Omaha, Nebraska, something that is a rather sad loss for the Detroit Tigers and all of Major League Baseball, since he worked with the Bengali organization and he played for six seasons as a professional in the best baseball in the world.

Bartee played parts of four seasons as an outfielder with the Tigers from 1996 to 1999, stealing 20 bases as a rookie 25 years ago. He later played briefly for the Cincinnati Reds and the Colorado Rockies.

The cause of Bartee’s death is unknown, but the Tigers were unaware of any illness. Tigres general manager Al Avila and manager AJ Hinch have spoken with Bartee’s father, Jerry Bartee, to offer their condolences and support.

Words cannot describe my sadness. What we lost in baseball as a players’ coach and mentor with consistent positivity pales in comparison to what his family lost as a fiancée, father, and son. Rest In Peace, KB. 🙏🏻 https://t.co/VeZ7384H0I

“All of us in the Tigers baseball family were surprised and saddened to learn that first base coach Kimera Bartee passed away suddenly on Monday. Throughout his time in our organization as a player and coach, Kimera was known as a kind-soul but intense competitor who did everything possible every day to lift those around him to do great things, ”said the general manager of Los Tigres, Al Ávila.

Since retiring from baseball professionally, Bartee was the field coach for the Delmarva Shorebirds and also served as a roving instructor for the Pittsburgh Pirates before landing the managerial position with the State College Spikes. Additionally, he served as first base coach and outfielder instructor for the Pittsburgh Pirates from 2017 to 2019.

Later, in 2020, they worked as the Philadelphia Phillies’ base and hitting coordinator, this before for the 2021 season, the Tigers hired them as their outfield and bases coordinator. Later, he was passed as a first base coach, where he was ratified for the sold-out 2022 season.