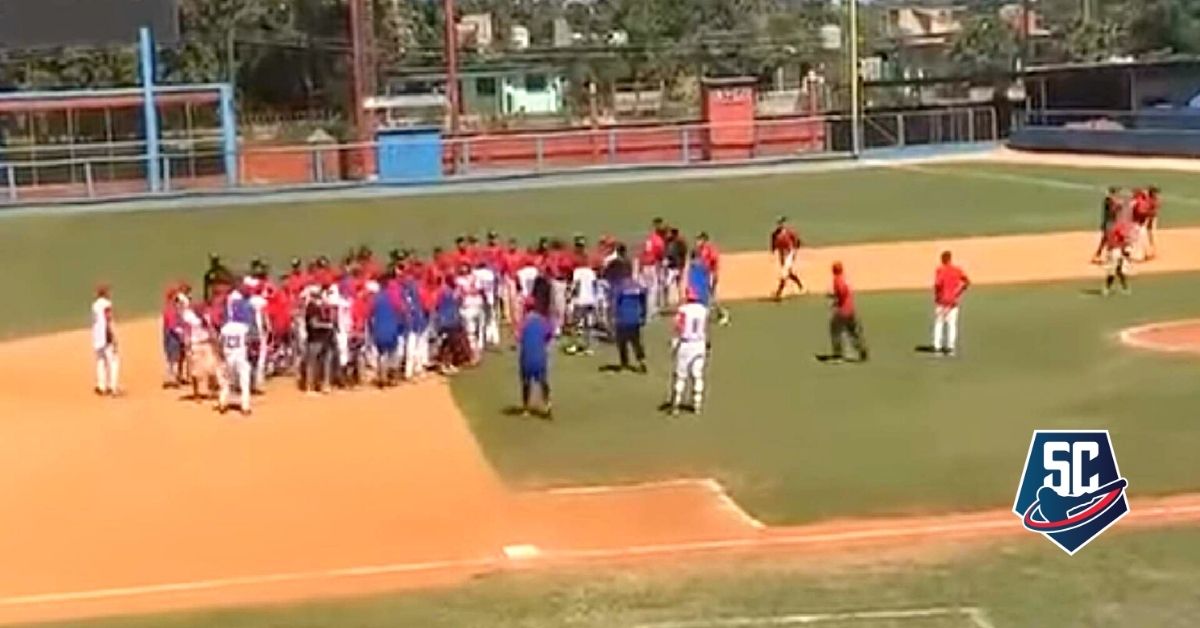 The 61st Cuban National Baseball Series is leaving behind the first third of the season and one of the most striking stories is the number of expelled, the extreme of which the figure in the most recent week amounted to 14.

The Cuban ball, the saying goes, is a mirror of Cuban society and obviously social indiscipline, rudeness, false swagger and vulgarity take the lead in both stands.

The situation therefore has referees, stewards and commissioners with a loose hand when it comes to “imparting” justice, trying to keep players and coaches under control.

The foreign press has echoed the phenomenon, and this is how EFE expressed it in the report: Expulsion of 7 baseball players in the Cuban league marks the first third of the season.

The week that just ended and with it the month of February, left the unusual figure of 14 players or team management members expelled and as Bohemia reflected, these are the ones who went to the showers ahead of time:

-Guillermo Carmona (director of IND) for protesting the count in the first game of the match against Matanzas.

-Armando Ferrer (director of MTZ), for protesting the count, in the first duel of the match against Industriales.

-Armando Dueñas (MTZ), for protesting the count, in the first duel of the match against Industriales.

-Yasiel Santoya (IND), for throwing his helmet in the second game of the sub-series against Matanzas.

-Juan Javier Gálvez (IND), for going out to throw with garments in the second game of the sub-series against Matanzas.

-Alexander Malleta (IND hitting coach) for protesting an expulsion in the second game of the sub-series against Matanzas.

-Osbel Pacheco (ART), for protesting the count, in the last game of the match against Camagüey.

-In the last game of the sub-series between Artemisa and Camagüey (visitor) there was a fight between the two teams and they were expelled: Leslie Anderson (CMG), Ángel Luis Márquez (CMG), Javier del Pino (CMG), Julio Raizan Montesinos ( CMG), Yuniesky García (ART), Sandro Tornés (ART) and José Antonio Jiménez (ART).

FOR THE STORY: The number of expelled in the week of the National Series reached 14