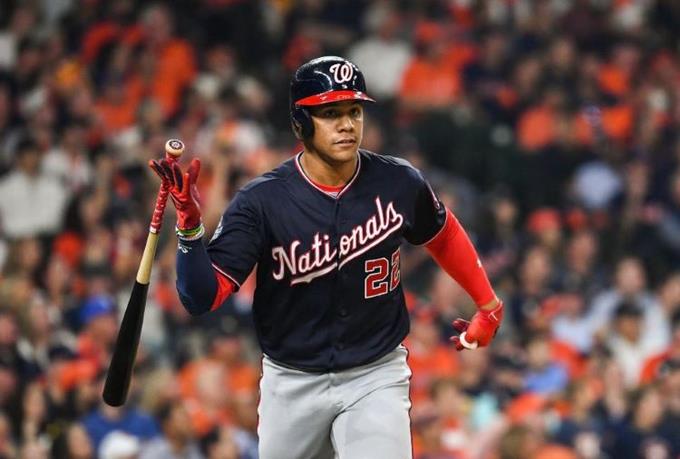 Vladimir Guerrero Jr. and Juan Soto will be trying to write a new historical page in the participation of Dominican players in Major League Baseball.

And it is that the first baseman of the Toronto Blue Jays (Guerrero Jr.) and the outfielder of the Washington Nationals (Soto) could become the first pair of Creoles that is at the top of the batting leadership in each of the leagues.

The son of the Hall of Famer of the same name leads the American League with a .317 batting percentage in a fierce fight with Michael Brantley of the Houston Astros (.315) and Yuli Gurriel (.314). ), from the same team.

In the National League, Soto (.314) is tied for second with Nick Castellanos of the Cincinnati Reds, both four points behind Trea Turner (.318) of the Los Angeles Dodgers. Soto leads the majors with 120 walks and an OBP of .457.

The pioneer among the Dominicans was Mateo Rojas Alou with an average of .342 with the Pittsburgh Pirates. Frank Robinson (.316 with the Orioles) led in the American League.

It took until 1991 for Julio Franco to lead the new circuit with an average of .341 for the Texas Rangers. Terry Pendleton (.319) led the NL with the Atlanta Braves.

Manny Ramirez (.349) of the Boston Red Sox led the AL in the 2002 campaign and paired with Barry Bonds (.370) with the San Francisco Giants.

Hanley Ramirez (.342) was the best in the National League with the Florida Marlins in 2009. Joe Mauer of the Minnesota Twins was his counterpart at .365.