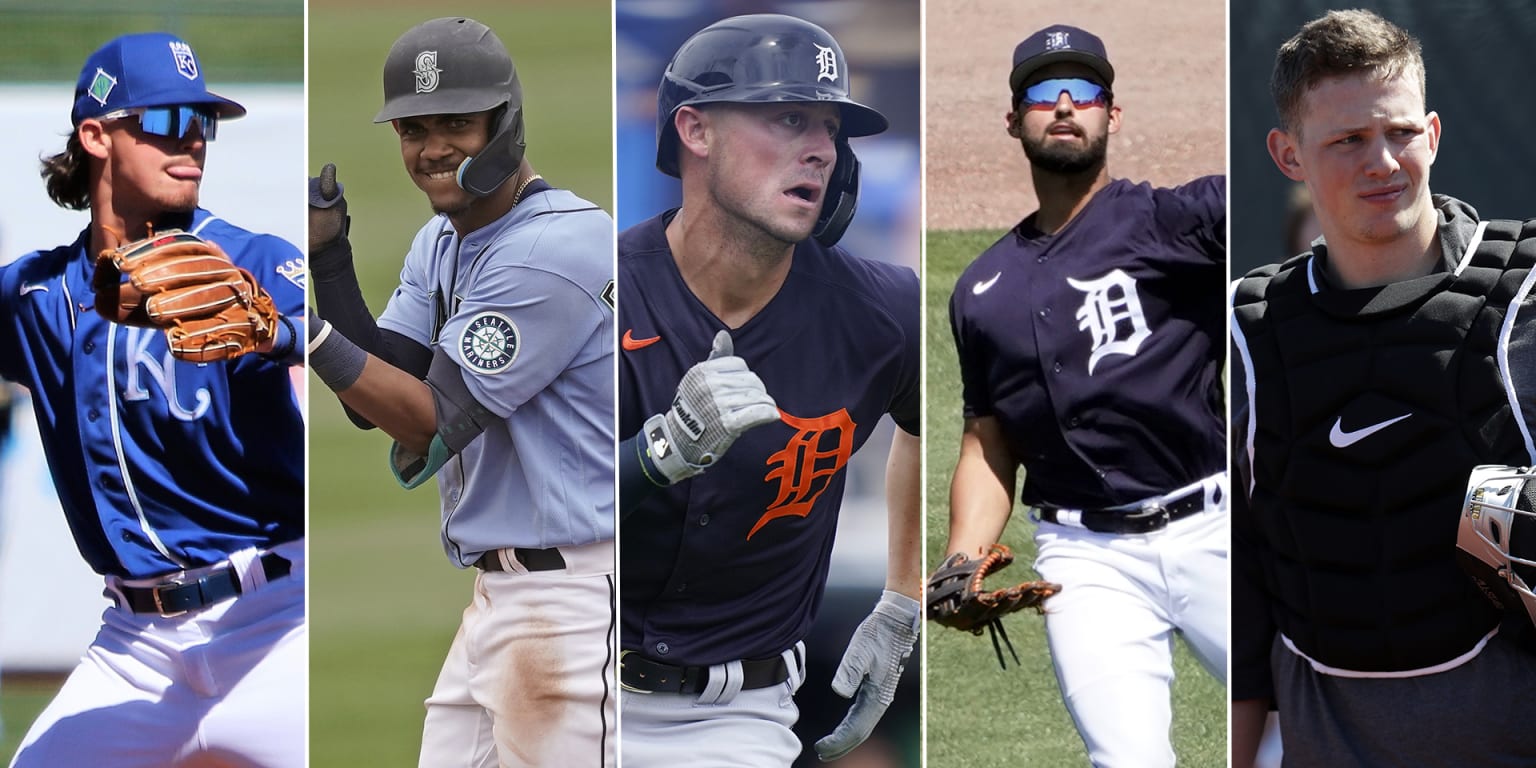 We are in a good moment to follow the best prospects. Of course, the most interesting thing is to think about what lies ahead.

Right now, it’s a great moment to imagine, not only because there’s an interesting group of prospects at the top of the rankings, but because we’re so close to seeing them in the Majors. It is imminent.

Sometimes when it comes to Rookie of the Year, playing time is just as important as talent. This year, it looks like several top prospects will start the season with their respective big teams.

Here, we take a look at the players to watch in the American League who could be in the running for Rookie of the Year.

1. Bobby Witt Jr., Royals: It was even thought that Witt could make the Royals’ roster at this point last year. It didn’t, and maybe it was for his own good, but now he has nothing more to prove.

Witt, a legitimate five-tool talent, came within a stolen base of finishing the year 30-30 between Double-A Northwest Arkansas and Triple-A Omaha in 2021. He has solid power, quality offensive skills and can defend shortstop. He will start the year at third base in Kansas City because of the structure of the roster, not because of his abilities with the glove.

2. Julio Rodriguez, Mariners: Perhaps the third best prospect in baseball, according to MLB Pipeline, is the player with the highest offensive ceiling without having made his debut yet. Everything indicates that the Dominican could make the Opening Day roster, something that seemed unlikely a few weeks ago.

Rodriguez is the purest hitter on the top 100 prospects list. He showed it by combining for a .347 average (along with a .441 on-base percentage and .560 slugging percentage) last season, which he spent between Class-A Strong and Double-A. The only question mark surrounding the quisqueyano is his relative lack of experience – he starts the year with less than 1,000 pro appearances.

3. Spencer Torkelson, Tigers: Like Rodríguez, it is still not certain that Torkelson will start the year with the big team, but the trend points towards it. Also similar to the Dominican, the slugger ranks at the top of an important category, being the most powerful prospect in the Top 100. He may not have the projection that the previous two have, but Torkelson has shown that he can hit. He had a .383 on-base percentage and a .552 slugging percentage through three levels last year.

4. Riley Greene, Tigers: It’s tempting to put him alongside Torkelson. They are the future faces of the Tigers.

Greene is a polished hitter with a balanced hitting arsenal. He hit .301/.387/.534 between Double-A and Triple-A last year. Also, he swindled 16 bases in 17 attempts. He is seen as a solid outfielder who can patrol center field, if needed. However, a fracture in the right foot that he sustained on April 1st could affect your chances of winning the award.

5. Adley Rutschman, Orioles: Rutschman spent time as baseball’s No. 1 prospect last year, before falling to second place in 2022. It wasn’t because of poor performance, but because of Witt’s rise.

Once he reaches the Big Top, Rutschman will offer an unusual mix of offense and defense behind the plate. He is a power hitter, who also has a solid arm and great skills in receiving pitches. Also, he has a good eye at bat.

Bottom line, if he debuts fast, he’ll be a serious threat to the award.

Five candidates for Rookie of the Year: LA