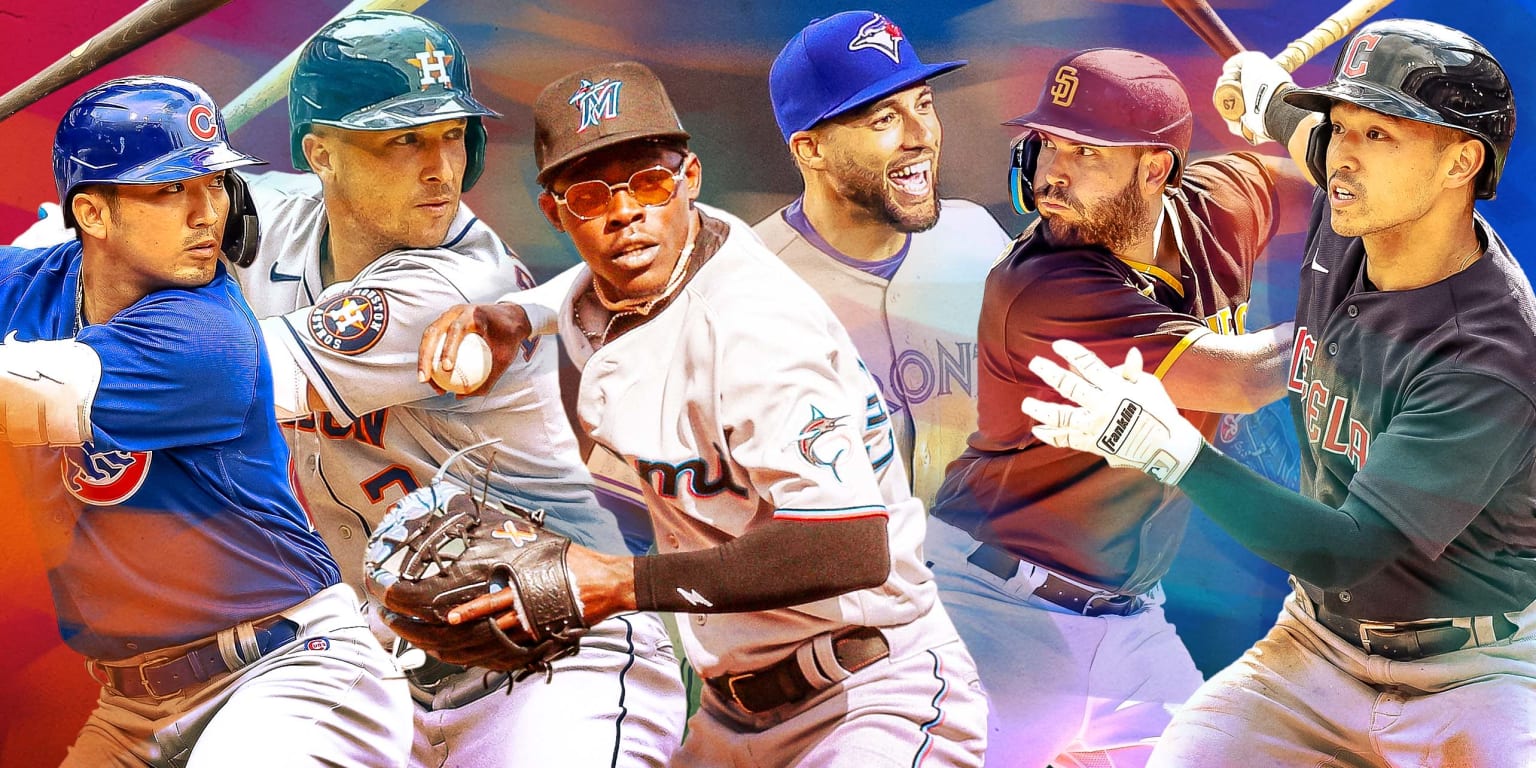 The season is barely a week and two days old, too early to draw conclusions. But it’s definitely not too early to have some first impressions already. The campaign is long, and it is possible, perhaps even probable, that many of them will not last very long. But there is no doubt that each team has had some remarkable stories and takeaways in this first week. Some good, some bad, but all clear and simple.

So let’s take a look at an important first impression of each team:

The Blue Jays have been so aggressive with all the players they’ve brought in, and have had so much production from their young players, that one almost forgets they announced they were ready to compete by signing Springer in January 2021. Springer looked great in his first season in Toronto, but only played 78 games. However, he has started off red-hot, looking like one of the best hitters on a team packed with big hitters.

Orioles: Now the problem is hitting

Even with all the games they’ve lost in recent years, the Orioles have had hitters from Cedric Mullins to Trey Mancini to Ryan Mountcastle. The pitcher has generally been the biggest problem. But the pitching hasn’t been bad so far, particularly the bullpen. The Orioles scored just 14 runs in their first seven games. A bad sign: a ratio of nearly six strikeouts per run scored. Nothing good.

The thing about Franco is that he looks so much older than his age, particularly when it comes to hitting. Well, so far he has an on-base percentage hovering around .400 and is second in the Majors in hits with 13. It’s worth remembering that he’s only 21 years old.

Red Sox: They can’t wait for Chris Sale to return

Yankees: Aaron Hicks could be back

Fans were concerned the Yankees were counting too much on Hicks, who hasn’t played a full season since 2018. Could they really trust him, at 32, to patrol center field all season? That remains to be seen, but for now he looks finally healthy. And after hitting a home run on Tuesday, he may have gotten the power back from him, too.

Guardians: Steven Kwan changes the face of this team

He consistently gets on base, has struck out only once and gives the Guardians a whole new identity, especially in the outfield, where they so desperately need him. Obviously asking for this all year is too much, but Cleveland’s decision not to bring in someone to help out in the outfield looks smart so far.

Bobby Witt Jr. has done some spectacular things and it’s obvious he’ll be the heart of this team for a long time. But that’s not going to translate into wins if they don’t accommodate his pitching, a story we’ve heard before. Royals pitchers have a 5.29 ERA and opposing hitters are hitting .258 against them.

As much (justified) applause as the Tigers have received for putting Spencer Torkelson on the Opening Day roster, they’re being reminded that rookies are, well, rookies. Tokerlson started the year 4-22, with two homers and eight strikeouts, and has looked outclassed at times. The good news? The much-praised view of him is there: he has four walks despite not hitting the ball with authority.

Twins: The power of Byron Buxton has manifested

Remember when Buxton started pummeling the ball out of nowhere early last year before his (inevitable) injury? That power looks even more apparent this year. Buxton has three home runs and three doubles in 26 plate appearances. He has struck out more than ideal, but Buxton’s transformation as a hitter has been incredible to witness. However, injuries continue to cast doubt on the star’s impact.

The 2021 White Sox won the AL Central with ease despite many sensitive losses in their lineup. The 2022 White Sox appear to be on track to do the same despite the same problem, but this time in the rotation. Lucas Giolito and Lance Lynn are injured, but the Palefoots are winning. Their starters haven’t contributed many innings — 23 in five games — but that rotation has only allowed six runs. Even Vince Velasquez pitched well.

It’s a joke. Ohtani started out hitting .160 with no walks or RBIs and with eight strikeouts, but on Friday night he hit his first two home runs of the season. It will be OK.

Astros: Alex Bregman is back

The wrist issues that plagued Bregman last year, turning him from an elite player to an average player, are long gone. Now, Bregman seems to be the same as always. He is sending the ball everywhere. In his five full seasons, Bregman has finished in the Top 5 in American League MVP voting. Is he on track to make it a third time?

Seth Brown was the obvious first pick to take over at first base after Matt Olson was traded to Atlanta, and so far he’s hitting the ball with authority: He’s tied for third in the AL in home runs. and RBIs so far. And something that is just as encouraging: he is getting on base, something that has cost him. It’s early days, but so far, Brown seems like a perfect fit for the Bay.

As excited as we were to see Julio Rodriguez on the Opening Day roster, just like his teammate Jarred Kelenic last year, the Dominican didn’t come in with a bang. He is 3-for-25 and has struck out in half of his at-bats.

Seager has delivered at the bat, but the Rangers’ problems are still what we expected: They have a 6.93 team ERA. And Jon Gray, who is disabled right now, got clobbered in his first start.

It sounds crazy, but the Braves are without a former MVP and a future MVP in their lineup and still rank third in the NL in runs scored. Olson has stood up so far, but Marcell Ozuna, after missing most of 2021, is back to being the hitter he was in 2020, slugging .583 so far.

Marlins: Jazz could be unleashing

The Marlins’ offense is off to a slow start, but Jazz Chisholm Jr.’s game has been electrifying, both in the field and at the bat, where he’s starting to hit balls that belie his size.

Those who thought the only way this team was going to fight back was with 60 starts from Max Scherzer and Jacob deGrom, well … Tylor Megill, Chris Bassitt, Carlos Carrasco and Taijuan Walker (who is now sidelined with injury). , of course) have a 1.00 ERA. When deGrom returns, will he have a spot in the rotation? (It’s a joke.)

The Nationals’ pitching has had a lot of problems. But with all the talk that Washington will get a big reward for slugger Nelson Cruz at the trade deadline, it’s Bell who has turned heads, on the field and at bat. Someone is going to be very interested in a switch hitter with power this summer.

Phillies: Alec Bohm epitomizes the team, in the best or worst of times

The “I hate this place” game is the best description of Bohm, and the 2022 Phillies. Nearly below-average defense, some unnecessary drama, a fun offense-fueled comeback, everyone at the end laughing about it until the bad defense resurfaces and the cycle repeats itself. This year will be up and down, for one thing or another.

Brewers: The Big Three are still not right

Most of the optimism surrounding Milwaukee rests on the top three in the starting rotation: Corbin Burnes, Freddy Peralta and Brandon Woodruff. However, they faced hurdles in their first few at-bats: 13 earned runs in 12 1/3 innings (although Burnes rallied in his second start Wednesday against the Orioles). The Brewers almost certainly won’t make the postseason if these three starters have ERAs above nine.

So far this season, St. Louis leads the majors in slugging despite playing in one of the ballparks that doesn’t favor offenses as much. And they’ve been forced to, because the rotation after Adam Wainwright has been a disaster. The other three Cardinals starters (Miles Mikolas, Steven Matz and Dakota Hudson) have given up a total of 13 earned runs. The bullpen has rescued them so far, but this team will run out of innings if the starters don’t figure everything out.

He has charisma, strength, intelligence and is exactly what Chicago had dreamed of. He has been the emblem of the Cubs’ strong start so far this season, and because he is under contract for a long time, he represents hope for a better future.

Keller, as he did in Spring Training, pitched harder in his first start but wasn’t nearly as successful, allowing four runs in four innings and walking two. Keller is the kind of piece the Buccaneers need to figure out moving forward, but for now, he’s more of the same.

Reds: Will be a lot of fun to watch Joey Votto and Hunter Greene

This doesn’t mean Cincinnati will win the division. But you definitely have to watch this team play, even though it didn’t make a move in the offseason.

D-backs: They need some bats

If you miss pitchers in the batter’s box after the Old Circuit’s DH implementation, look to Arizona: They’ve hit like pitchers. His .135/.282/.250 offensive line so far this season would make Zack Greinke blush.

Dodgers: Should we worry about Julio Cesar Urias?

The Mexican pitched 185.2 innings last year, a jump of 130 innings for a 25-year-old. We would already be seeing the effects: Urías was punished in his first outing, but the most alarming thing was how much speed his pitches have lost. The rotation of Los Angeles was already a point that attracted attention. And the team depends on Urías.

Giants: They already look like a team that found answers

After a winter with so many rumors of change, Hosmer has left them behind in the beginning of the season, hitting .400 with five doubles. That’s one way to get rid of distractions.

Rockies: They’ve got some spark!

It would be a huge surprise if Colorado, defying all odds, is a great team this year. They definitely have been in their first week: Kris Bryant, CJ Cron, Elias Diaz and Connor Joe are hitting the ball hard, but the real eye-opener has been the pitching, especially from the bullpen. So far Colorado has a 3.23 ERA.